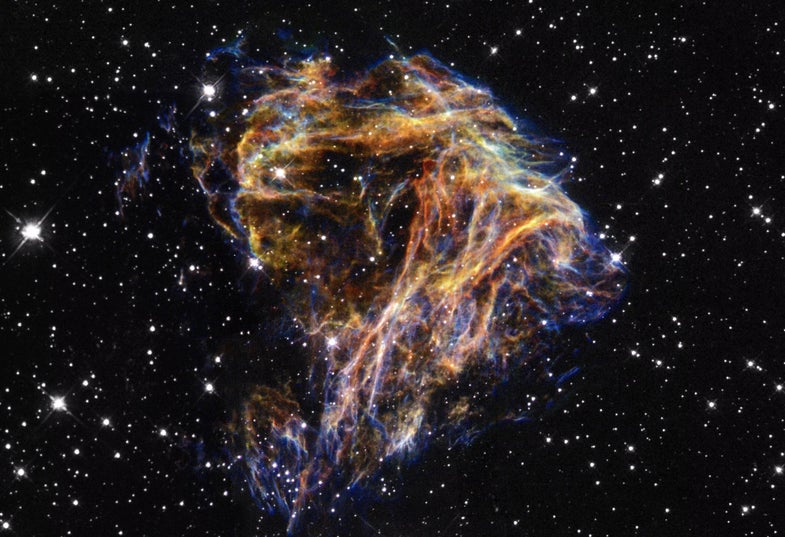 It’s never too early to start planning ahead. Hubble is nearing the end of its lifespan, and the James Webb Space Telescope is just gearing up to take its place in 2018. But what comes after that? 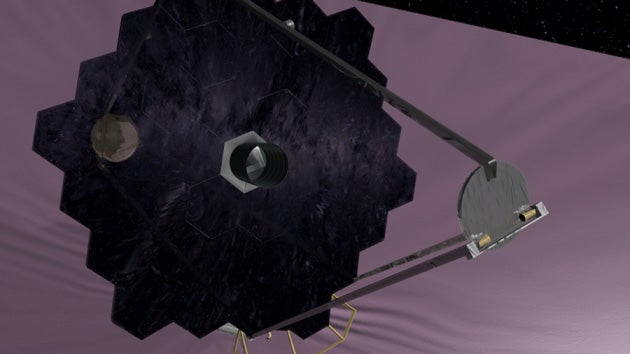 Concept Drawing Of The HDST

“As we near Hubble’s 25th year in orbit, we’re asking the question, What do we need to have in orbit 25 years from now?” said Matt Mountain, president of the Association of Universities for Research in Astronomy (AURA). “What are the questions we want to ask about the universe and our place in it?”

It takes a long time to design, build, and launch a giant space telescope, which is why AURA is starting now. The organization, which promotes astronomical observatories, started planning the James Webb telescope almost twenty years ago, and worked on Hubble for decades before that.

Yesterday the organization officially unveiled its concept for a badass new space telescope that would be a lot like Hubble, but with higher definition. In fact, they’re calling it the High-Definition Space Telescope (HDST).

“We will be confronted with the observation that we’re no longer unique—that evolution has occurred elsewhere.”

If HDST gets selected for funding, the researchers on the team are saying it could be the next generation’s Hubble—it would profoundly alter the way we see and understand the universe. Chief among the HDST’s selling points is the promise that it would find dozens of Earth twins in other solar systems, and search for hints of life in their atmospheres.

Matt Mountain’s vision: “For the first time in history, a generation becomes self-aware of their place in the universe… As they look out into that vast cosmos, they discover a profound truth: We are no longer alone in the emptiness of space. Just as Copernicus and Darwin irreversibly changed us, we will be confronted with the observation that we’re no longer unique—that evolution has occurred elsewhere… We can be that generation.” 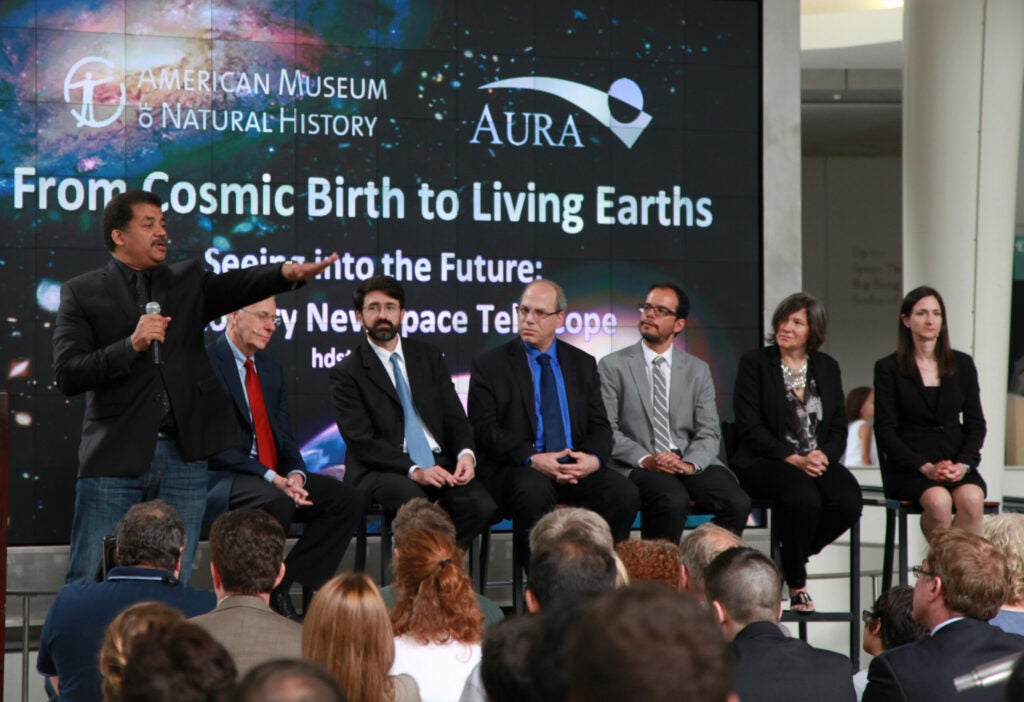 A Clearer Picture Of The Universe

The HDST’s 12-meter mirror would put the universe into clearer focus. “It takes more than 20 Hubbles to equal the mirror that we could get with HDST,” says Julianne Delcanton, an astronomer at the University of Washington. The result is greater sensitivity, she says, sort of like how, after having your pupils dilated at the doctor’s office, you have to wear sunglasses because your eyes are collecting too much light. HDST is shaping up to be 100 times more sensitive to light than Hubble, and 5 times sharper. It can detect objects as faint as an exo-Earth that emits just one photon per second.

Part of HDST’s increased resolution comes from suppressing starlight. Using technologies that are still under development, the telescope would be able to block the bright light from stars in order to search for fainter light coming from planets. And since it would be orbiting out in space, the HDST wouldn’t have to contend with the blurring effects of Earth’s atmosphere.

HDST could detect the very first stars and galaxies that formed after the Big Bang.

Seeing in UV, infrared, and visible light, HDST would be able to study farther, fainter, and smaller objects than ever before, including planets and faint stars. Here in our own solar system, it could spot objects as small as Manhattan in orbit around Jupiter, and give us a view of Pluto rivaled only by NASA’s New Horizons mission, which will fly by the former planet next week after a 9-year journey.

“It could resolve every single galaxy in the universe,” says Delcanton, and reveal our cosmic origins, from the Big Bang to the formation of planets and water, and the evolution of life. “The basic chapters in this story are probably known, but the details and the poetry are not.” 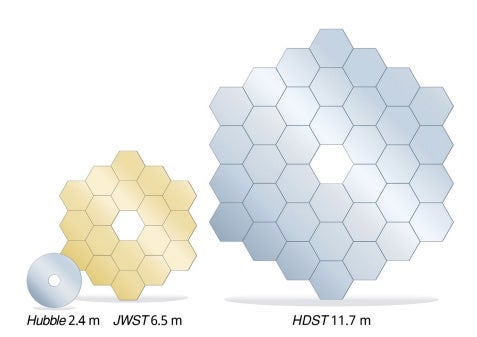 Comparing The Mirrors Of Hubble, JWST, And The HDST

The Kepler Space Telescope has detected thousands of exoplanets, and scientists now think that each and every one of the billions of planets in the Milky Way probably has at least one planet circling it. That means there are lots of potential Earth duplicates out there, and now it’s just a matter of finding them. With Kepler now limping after some mechanical failures, MIT planetary scientist Sara Seager says HDST is our best bet at detecting lots of Earth-sized exoplanets.

While NASA’s Transiting Exoplanet Survey Satellite might turn up a few Earth sized exoplanets, HDST aims to find dozens. To do that, it would study hundreds of stars by looking for the light that reflects off of them from their stars.

After detecting an exo-Earth, the telescope would characterize its atmosphere, looking for signs of life such as water vapor and oxygen. This would be groundbreaking work, says Seager. “No telescope has ever attained a spectrum of an object as faint as a typical exo-Earth.”

Whether or not the telescope finds evidence of life elsewhere, the results will surely alter the way we think about our place in the universe.

Amazing telescopes don’t come cheap. AURA estimates that the HDST would cost about as much as the James Webb telescope, which is nearing a $9 billion pricetag. Ouch. What with NASA’s ever-threatening budget cuts, and the push to send humans to Mars in the 2030s, it’s hard to imagine that another great telescope would even be in the cards. But HDST could have international cooperation to help shoulder the burden, says astrophysicist Michael Shara, who helped to write the AURA report.

Now that AURA has presented the HDST concept publicly, its new 170-page report will go out to Congress and industry, to see whether the idea is possible financially as well as technologically. The scientists want to vet the idea ahead of a 2020 meeting where astronomers will decide what research questions should be prioritized going forward. This gives the scientists lots of time to do their homework and work out the kinks before the concept really goes up for debate.