Scanning a million nearby stars, the 'Breakthrough Listen' project will be the world's biggest hunt for ETs 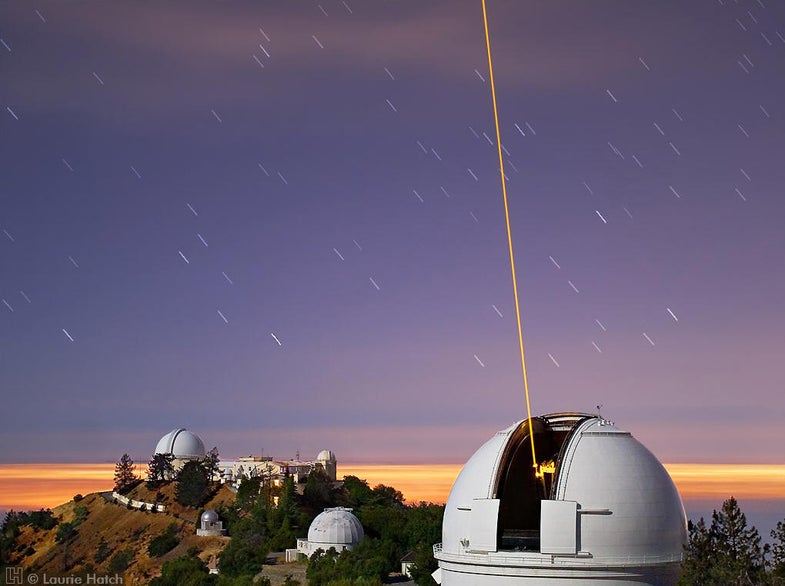 For more than a decade, the giant satellite dishes of the Allen Telescope Array have been trained on the skies, attempting to eavesdrop on alien conversations. Named after Microsoft co-founder Paul Allen, the 42 dish antennae at the SETI Institute in California have been mankind’s greatest attempt to search for intelligent life in the cosmos. Unfortunately, any ETs out there have been radio silent so far, and funding for SETI (Search for Extraterrestrial Intelligence) has dried up over time.

Now the hunt for alien life is getting reinvigorated, thanks to a huge investment from Silicon Valley’s Yuri Milner. The Russian billionaire has been supporting research in physics, mathematics and the life sciences through the Breakthrough Prize, which is the largest scientific award in the world, and now he’s investing $100 million to complete the most extensive search for life beyond Earth to date. The project, called Breakthrough Listen, is endorsed by physicist Stephen Hawking and led by SETI pioneer Frank Drake as well as other top-notch scientists.

“We believe that life arose spontaneously on Earth,” said Hawking in a press conference. “So, in an infinite universe, there must be other occurrences of life… We are alive, we are intelligent, we must know.”

The Breakthrough Listen project “gives us the opportunity to do something unprecedented,” says Geoff Marcy, who has discovered dozens of alien planets and will now search for aliens as one of the leaders of the Breakthrough Listen project. He’s an astronomer at the University of California at Berkeley. “We plan to do the deepest, most complete survey of radio transmissions from extraterrestrial life.” 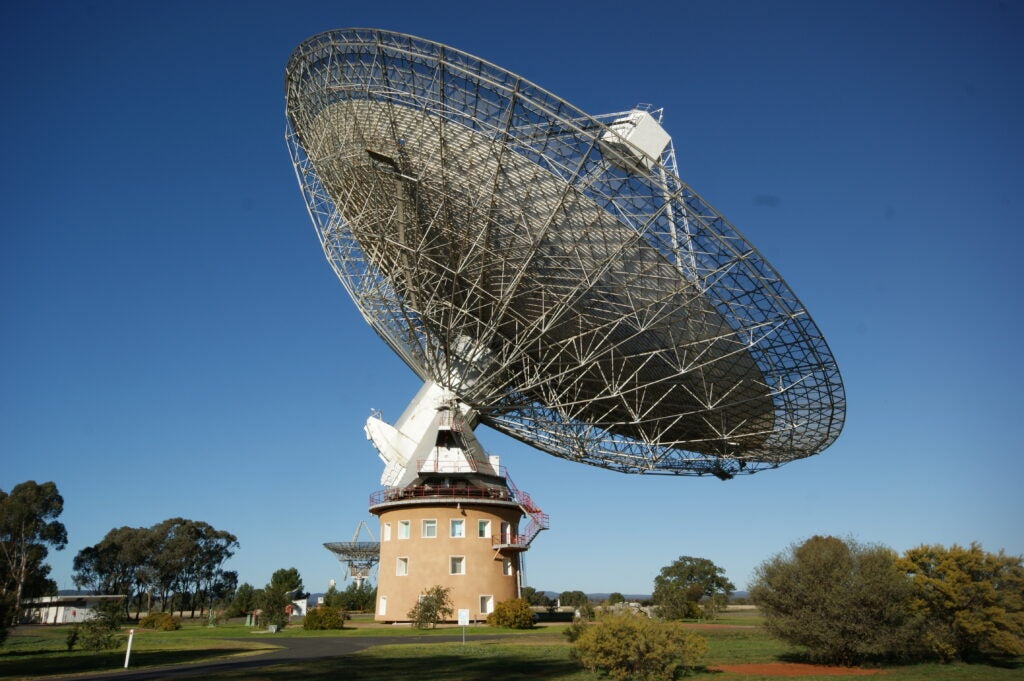 Located in Australia, this 210-foot telescope will scan for extraterrestrial radio waves for the Breakthrough Listen project.

Over the next ten years, Breakthrough Listen will scan the 1 million closest stars to Earth, as well as the center of our galaxy and the 100 nearest neighboring galaxies, for hints of intelligent transmissions. The number of targets is 10 times higher than any other program. It will also scan 5 times more radio frequencies and do it all 100 times faster than ever before.

“The idea is to bring a Silicon Valley approach to the search for life,” said Milner. “That is, an approach to data that is transparent, that is innovative, and that uses the power of crowdsourcing.”

For this extensive search the team use two large radio telescopes: the Green Bank Telescope in West Virginia, and the Parkes Observatory in Australia. Together, the two telescopes provide coverage of the northern and southern hemispheres. And with new equipment that’s under development at UC Berkeley, the project will be able to scan and process radio signals across 1.5 billion frequencies simultaneously.

“This would be like tuning your radio dial, and instead of hearing the broadcast from one radio station, we’re going to be listening to 1.5 billion channels,” says Marcy. By contrast, the SETI Institute is able to scan four frequency bands at a time. “This is a huge technological leap,” says Marcy. “Nobody can do this now, but the team at UC Berkeley is going to build from scratch a set of modules that will survey 1.5 billion frequencies.”

In those frequencies, the modules will also look for patterns that might signal intelligent life.

Just in the past few years, astronomers have been learning that Earth may not be as unique as it seems. There are billions of planets in the Milky Way, and according to calculations by Geoff Marcy’s team, about a quarter of the Sun-like stars in our galaxy are home to Earth-like planets that are not too hot and not too cold to have liquid water. That means, theoretically, plenty of chances for life to flourish, and some of those lifeforms may have evolved enough intelligence to communicate with radio waves. Can You Hear Me Now?

With its 328-foot dish, the Green Banks Telescope in West Virginia is the world’s largest steerable radio telescope. It can scan 80 percent of the sky for radio transmissions.

Also fortuitous for the project was the fact that two large radio telescopes became open to outside investments. The Green Bank Telescope wasn’t earning enough money to support itself, despite funding from the National Science Foundation. The telescope might have been shut down if it hadn’t been for the Breakthrough investment. The Parkes telescope, too, was facing budget cuts. Going forward, the two telescopes will each dedicate 15 percent of their time to searching for radio transmissions from intelligent extraterrestrials.

The third impetus is the rapid advancement of technology. “Digital high-bandwidth technology is improving very quickly,” says Marcy. “We now have computing tech that makes it possible to scan large numbers of frequencies much larger than has ever been processed before.”

If a civilization near one of the 1,000 nearest stars to Earth transmits a radio signal with the power of an aircraft radar, Breakthrough Listen says it will be able to hear it. But the further away the star system, the stronger the signal needs to be in order for Earth-based telescopes to detect it. For example, at the center of the Milky Way, the signal would need to be at least a dozen times stronger than the interplanetary radar we use to probe our solar system.

Breakthrough Listen will do more than listen for alien radio transmissions—it will also look for laser pulses. The team will use the Automated Planet Finder Telescope in California to search for optical signals that advanced civilizations may use to communicate.

“One really good way to communicate across the light-years of distances between stars is to use lasers,” says Marcy. “They’re very bright, the beam is very confined, and the light is at just one frequency so the other party can tune in to that frequency. We might wonder, does our Milky Way galaxy have some kind of galactic Internet to communicate between planetary systems and spacecraft? It can’t be done with wires or fiber optics. It could be done, however, with laser beams.”

“Is the Earth the lone harborer of intelligent sentient creatures in all the depths of the cosmos?”

The project’s optical search is sensitive enough to detect a 100 watt laser (that’s about as bright as a light bulb in your house) from 25 trillion miles away.

What Will They Find?

“Breakthrough Listen is an absolutely historic opportunity to make progress toward answering a question that has been with humanity since time immemorial: Is the Earth the lone harborer of intelligent sentient creatures in all the depths of the cosmos?” says astrophysicist and alien hunter Andrew Siemion, another of the project’s leaders.

Will the project find what it’s looking for? The scientists involved say it’s a long-shot, but we won’t know until we try.

“They might be there, they might not,” says Hawking. “But recent experiments like the Kepler mission have changed the game. We now know there are so many worlds, and organic molecules are so common, that it seems quite likely that life is out there, but intelligence is a great unknown. It only took 500 million years for life to evolve on earth, but it took 2.5 billion years to get from the earliest cells to multi-cell animals, and technological intelligence has appeared only once, so it may be very rare. And when it does evolve, we only need to look in the mirror to know that it can be fragile and prone to self-destruction.”

If intelligent civilizations are out there, we don’t know if they’re 10 light-years away or 10 million, says Marcy. It would take a signal from the latter civilization 10 million years to reach us. Plus, there are so many stars and so many channels that could be used for communication that astronomer Jill Tarter once compared the search for extraterrestrial intelligence to dipping a glass in the ocean to look for fish. At least the glass is getting bigger, though.

Siemion thinks there is a small but reasonable chance that the project will pick up on alien signals in the next 5 to 10 years. “This will be an incredible achievement, and will either result in the detection of advanced life elsewhere in the universe or will tell us that humanity is even more rare and unique than we imagine.”

“Does our Milky Way galaxy have some kind of galactic Internet to communicate between planetary systems and spacecraft?”

If the search comes up empty, Marcy says, “the next generation is going to have to do better. They’ll need to use larger telescopes that are more sensitive and reach down to radio flux levels that are even fainter.”

Such telescopes are already on the horizon—including the Square Kilometer Array being built in Australia. When it comes online in 2020, it will be 50 times more sensitive than any other radio telescope.

You Can Participate, Too

Breakthrough Listen will generate more data in a year than any other previous search. All of it will be publicly available so anyone with an alien-hunting penchant can peruse it and find new ways to analyze it. The frequency-scanning software under development will be open-source as well, so that other telescopes can lend a hand to the search for life. And you can too, by donating your computer’s down-time to analyzing data through SETI@home.

Milner’s group is also offering up to $1 million in prizes in a competition to compose a message that “represents humanity, and represents our little speck of dust, the planet Earth,” says Marcy. “We’re asking people to submit a message that they think best captures the essence of our lives, our species, our hopes and dreams, and our nature. That will be a challenge.”

The group has no intention of broadcasting such a message into outer space, out of fear of attracting potentially hostile alien civilizations. Rather, “We hope to encourage people to think about humanity as a rather fragile species living on a small, fragile planet,” says Marcy, “and that our greatest calling is to take care of our planet, and to take care of ourselves.”

Update, 8am: This story was updated to include new information from a press conference.