Flight researchers and computer scientists get all sorts of cool tools to study honeybees, hoping the insects can help point... 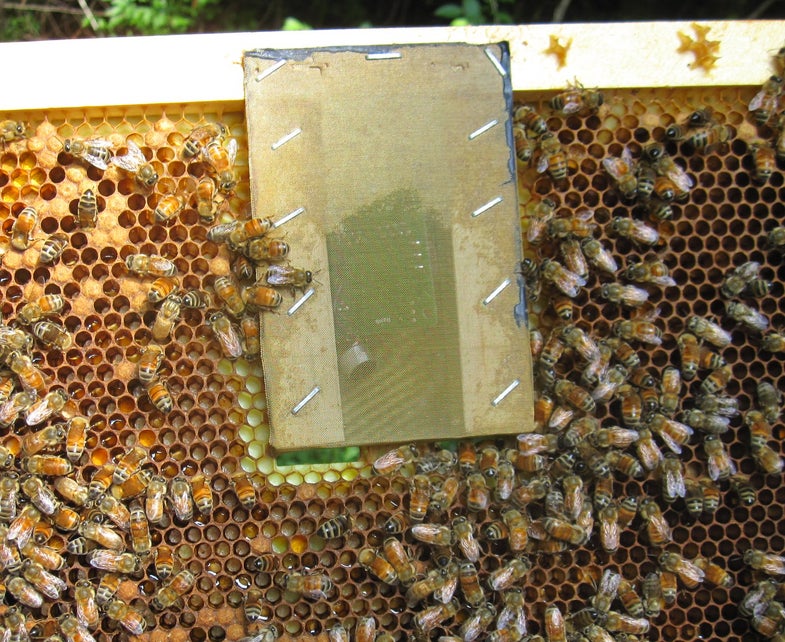 Flight researchers and computer scientists get all sorts of cool tools to study honeybees, hoping the insects can help point the way to better UAV flight patterns, solutions to computing problems and even environmental monitoring. But what about the bees? Better yet, average beekeepers?

Backyard apiarists can be just as vital to honeybee research as entomologists with a bunch of PCR analysis sheets and synthetic flowers. One electrical engineer is on a quest to help honeybee enthusiasts access technology to monitor their hives, through a site called BeeHacker.com.

The goal is to develop new open-source technologies that benefit honeybees — and everyone who benefits from them, explains Georgia-based Tom Rearick.

“It sucks to be a honey bee right now. It might also suck to be a human that likes steak (alfalfa fed beef), cotton sheets, strawberries, oranges, peaches, blueberries, almonds, melons, and hundreds of other foods that depend on bees for pollination for commercial viability,” he writes on the website.

IEEE Spectrum profiles Rearick and his efforts in its May issue, online here. Rearick has worked on missile technology for GE and Lockheed and now runs a company providing recording equipment for police departments. He has about 150,000 bees and started BeeHacker.com as a labor of love, he says.

Beekeeping has not changed much in 100 years, he notes, but honeybees have. They face new problems from pesticides, climate change, pests and other challenges, which have led to widespread colony collapse across North America and Europe. Researchers have some ideas about what’s causing colony collapse disorder, as the phenomenon is called, but they’re far from a consensus. Meanwhile, beekeepers would be well served by better technology to monitor their hives — that’s the goal of BeeHacker.

The site is based around a few key projects, including a hive scale, temperature and humidity monitoring and acoustics, which enable apiarists to monitor their hives’ health without disturbing the bees. Tracking a hive’s weight would tell a beekeper plenty about the hive, including how much pollen was gathered during the day, whether healthy hives are swarming (spinning off into new hives) and so on. It could even help climate researchers — a hive’s weight would change during nectar flows, for instance, which could provide information about how climate affects honeybees.

Rearick has already hacked several devices, including a luggage scale and a system that monitors bee sounds so apiarists can watch their behavior. The image above is a desktop computer microphone that has been removed from its casing and installed in a handmade hive housing.

He hopes other hackers, makers and bee enthusiasts will chime in with new ideas and DIY projects. Read more about his efforts here.