Chicago, no stranger to excruciatingly harsh winters, is a city that knows how to roll with the climatological punches. So... 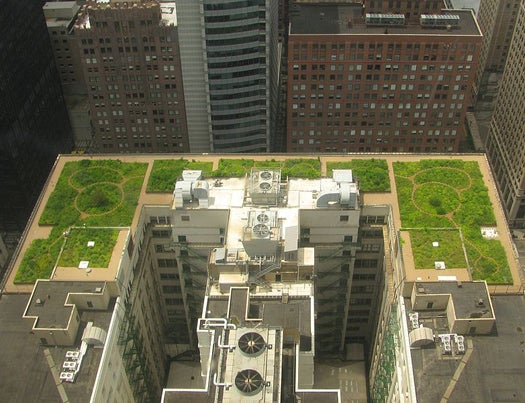 Chicago, no stranger to excruciatingly harsh winters, is a city that knows how to roll with the climatological punches. So perhaps it should come as no surprise that the Second City is spending its temperate summer preparing for the weather it expects down the road–60 years down the road. Chicago, home to regular lake-effect snow and subzero wind chills, is prepping for a sultry, more humid future more akin to that of the Deep South, the New York Times reports.

Based on current trends, the city is taking extraordinary measures to prepare itself for the warming future that climate change predicts. That includes new kinds of concrete, different species of trees, and a new emphasis on drainage. Why? To quote the Times, things are heating up in Chicago, albeit slowly:

_If world carbon emissions continued apace, the scientists said, Chicago would have summers like the Deep South, with as many as 72 days over 90 degrees before the end of the century. For most of the 20th century, the city averaged fewer than 15.

By 2070, Chicago could expect 35 percent more precipitation in winter and spring, but 20 percent less in summer and fall. By then, the conditions would have changed enough to make the area’s plant hardiness zone akin to Birmingham, Ala._

Chicago has long been working toward being a green city and a model for other urban areas that strive to reduce waste and function more efficiently. Those efforts include green rooftops, a blitz in tree planting that costs about $10 million per year (and helps keep the city cool by providing shade), and adding plants that help retain water and reduce drainage problems.

Now, the city is continuing those initiatives but rethinking how they are implemented in light of how climatologists think the larger climate is going to change in coming decades. Gone will be the ash trees and white oaks (the state tree) that are common there, replaced with swamp oaks and sweet gum trees. Thermal radar is mapping city hotspots and removing old pavement in those places, replacing it with the city’s own brand of light-reflecting pavement (that includes recycled tires) that is also permeable, reducing runoff during the storms that will increase in frequency, so say the researchers.

It’s a big investment in science that some still decry as bunk, or at the very least inconclusive. But as an investment, it very well could pay off. Insurers have estimated that some coastal communities that don’t begin taking steps to adjust to a warming world now could face climate-related damages in the tens of billions of dollars by 2030.