Ambitious researchers think they might be able to map the human brain in just five years, navigating the complex networks... 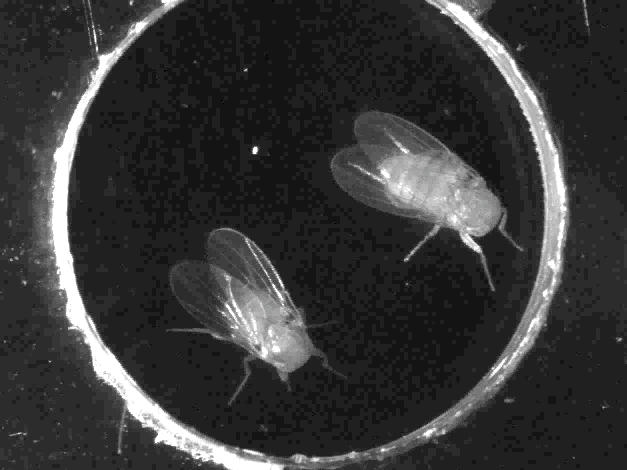 Ambitious researchers think they might be able to map the human brain in just five years, navigating the complex networks between neurons by using advanced images. An Austrian scientist has another idea: Work backward by manipulating neurons to figure out what they do. To accomplish this, Gero Miesenboeck and his grad students are engaging in optical mind control, implanting fruit flies with false memories and causing them to learn from mistakes they never made. They’re also continuing their pioneering research into flying decapitated fruit flies.

In a newly released video from this year’s TED conference, Miesenboeck, a professor at Oxford, explains his pioneering work in the field of optogenetics, which involves genetically modifying nerve cells to react to light. Pulsing lasers at modified neurons mimics a brain impulse, allowing Miesenboeck and his colleagues to study what happens next.

As he explains in the video below, the flies’ neurons were modified to develop light-sensitive “pores,” which open when exposed to light. The opened pore allows electrical current to flow, and the neuron fires an electrical impulse. Others have used optogenetics to make fruit flies smell bananas when they see blue light, for instance.

It even works with brainless flies — Miesenboeck’s former graduate student, Susana Lima, lopped off optogenetically modified flies’ heads and stimulated the fly equivalent of the spinal cord with a laser pulse. The headless flies flew, meaning Miesenboeck and Lima were able to remotely control brainless flies by simulating a brain impulse.

The headless fly research was first published five years ago, and since then, scientists have come a long way, Miesenboeck says — they can now interfere with the animals’ psychology. His interpretation of psychology involves an “actor,” the brain’s decision-making center, and a “critic,” which continually provides commentary on the actor’s decisions.

“You can think of this nagging inner voice as the brain’s equivalent of the Catholic Church, if you’re an Austrian like me … or your mother, if you’re Jewish,” Miesenboeck says. Following this logic, Miesenboeck figures the cells that make up the “critic” are a key ingredient in intelligence. He figured if he could identify the critic cells and modify them, he could artificially nag the actor cell cluster into changing its behavior. So the fly should learn from mistakes that it thought it had made, which in reality it had not, he explains. 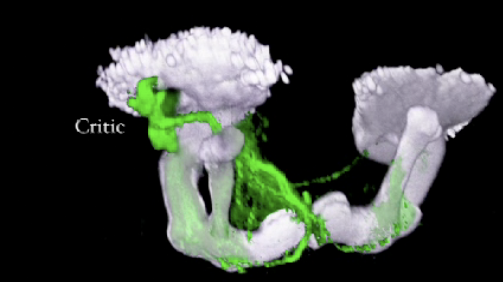 A cluster of 12 neurons, shown in green, makes up a fruit fly’s “critic” center, or the superego in Freudian psychology.

In one series of experiments, he caused a fruit fly to “remember” to avoid a certain smell as it flew around. Through various fly-behavior experiments, Miesenboeck narrowed down the critic center to a clump of just 12 cells. This knowledge can lead neurologists and psychologists to a much greater understanding of the physiological networks that drive behavior. Much more work remains to be done — for instance, no one has yet figured out how the critic cells actually work — but it’s exciting, promising work.

“I find it exhilarating to see how vague psychological notions evaporate and give rise to a physical, mechanistic understanding of the mind — even if it’s the mind of a fly,” Miesenboeck says.