Future petroleum-free plastic could be made from the ground-up bone and meat parts left over from the animal rendering process.... 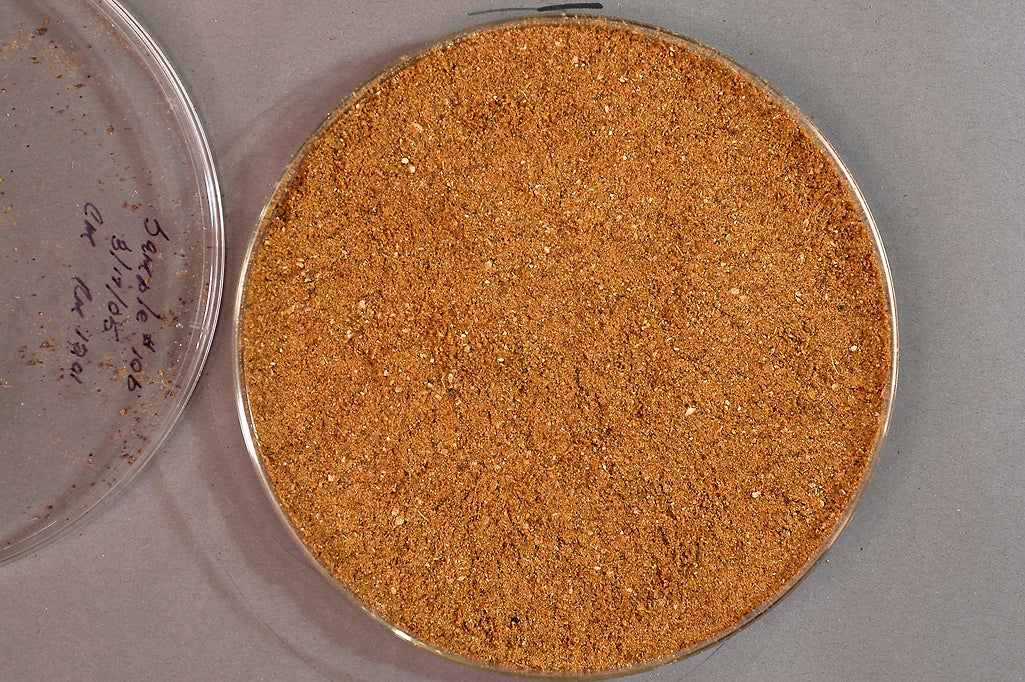 Future petroleum-free plastic could be made from the ground-up bone and meat parts left over from the animal rendering process. Though it’s not exactly vegan-friendly, it’s not dependent on fossil fuel, and it’s perhaps less awful than throwing all of this offal into landfills, which is what happens to most meat and bone meal, since it has been banned as livestock feed.

Fehime Vatansever and colleagues at Clemson University used meat and bone meal as the raw material in a new kind of plastic, rather than using petroleum-based chemicals. They mixed it with ultra-high-molecular weight polyethylene (UHMWPE), a tough plastic used in products from snowboards to replacement joints.

The resulting bioplastic was almost as durable as normal UHMWPE, plus it’s partially biodegradable, they announced over the weekend at the 241st National Meeting and Exposition of the American Chemical Society in Anaheim, Calif.

Meat and bone meal is thought to have been responsible for the spread of bovine spongiform encephalopathy, better known as mad cow disease. Cows (and other livestock) were commonly fed a ground-up mash of other cows’ remains, because it was rich in protein and heightened the animals’ amino acid intake. This practice has since been abandoned in most of the developed world — the Food and Drug Administration banned it in 1997 — although meat and bone meal is still a major ingredient in many pet foods.

But the American meat industry still produces about 9 billion pounds of protein meal every year, most of which is meat and bone meal. Bone meal by itself is turned into garden fertilizer, but without widespread use for meat and bone meal, it’s dumped into special landfills, according to ACS. It is treated with chemicals to prevent the spread of prions associated with BSE.

Turning it into plastic would divert that material from landfills. It’s safe because the plastic-making process de-activates the infectious agents that would spread BSE, according to Vatansever.

This is not the first effort at using meat and bone meal as a renewable resource. In the U.K., where millions of cattle and sheep were slaughtered in the past decade because of BSE and foot-and-mouth disease, meat and bone meal is used to generate electricity.

It’s a fair bet that snowboards made of ground-up animal parts may not sit well with many consumers. But it’s an interesting concept for those interested in eco-friendly plastics.