Can Taking A Pill Before Bed Get Rid Of Bed Bugs?

A so-called "bed bug pill" has been in the news. Is it for real? 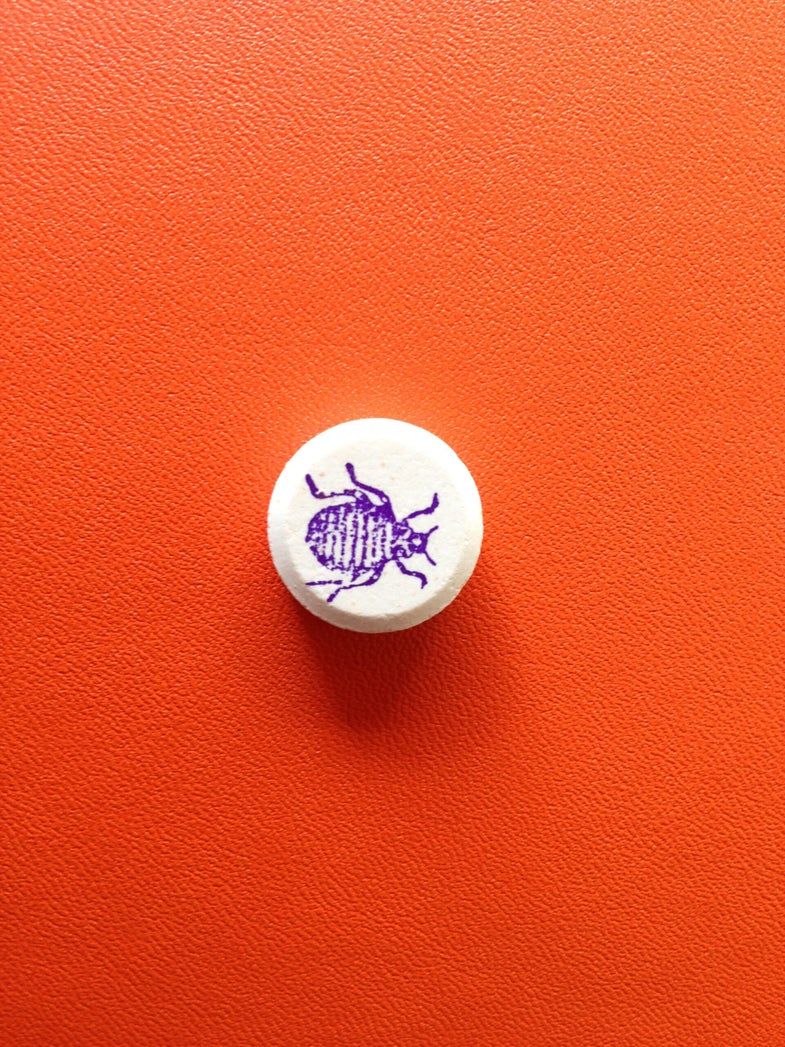 Can you cure a bed bug infestation just by downing drugs? While the idea has appeal, particularly for people afflicted with nightly bites and for scientists dealing with a pest that is increasingly difficult to kill, the short answer is probably no. But before we get to the long answer, some background.

Bloomberg recently reported on research from the Eastern Virginia Medical School which showed that ivermectin, an anti-parasite drug, was fatal to bed bugs (specifically, they used Merck’s brand Stromectol. Merck was not involved in the study). The researchers presented the work at the annual meeting of the American Society of Tropical Medicine and Hygiene, and it is under review for formal publication in a medical journal.

For now, here are the basics. The researchers ran three experiments on groups of bed bugs that included adults as well as young’uns in the third and fourth of the bugs’ five growth stages (third and fourth instar nymphs). Different groups of bugs were fed ivermectin-laced mouse blood through an artificial membrane, directly from mice that had been injected with ivermectin, and on four people that had taken the drug orally.

In all cases, to varying degrees, the drug killed most of the bed bugs. And, in both the mouse and the human studies, most of the instars that didn’t die weren’t able to molt, which they have to do in order to reach reproductive age. In the human trials, the mortality rate was 67 percent three hours after dosing, and fell to 42 percent after 54 hours.

Johnathan Sheele, an emergency room doctor and the lead author on the study, stresses that bed bug sufferers shouldn’t experiment with ivermectin at home. Still, he adds, the drug “could potentially be used alongside, concurrently, with professional exterminators” for infestations, or as a standalone treatment for smaller introductions. Future tests, he says, may explore the drug’s effectiveness in such real-world situations.

Bed bugs were fed ivermectin-laced mouse blood. The bugs died. It may sound promising. But, the idea for a systemic bed bug drug isn’t new. A series of patents published in the 1980s and 1990s covered the approach, albeit with a different drug, a later patent application suggested it for ivermectin, and the general idea has been floated at entomology conferences, by medical doctors, and in online forums ever since. And, there are several reasons why it has never gained traction.

Ivermectin was originally used to deworm animals and is still a common active ingredient in heartworm preventatives for dogs. Starting in the 1980s and continuing today, it’s been used in humans to treat strongyloidiasis (threadworm) and onchocerciasis (river blindness), which are caused by different species of roundworms, as well as head lice, pubic lice, and scabies.

The drug is successful against these parasites, in part, because of their preferred milieus, says Michael Potter, an entomologist and bed bug specialist at the University of Kentucky (and also, coincidentally, a co-inventor on those early patents listed above, which never were used to treat bed bugs). Roundworms are endoparasites, meaning they live inside the body. Treating said body with ivermectin hits the worms because they have nowhere else to go. Similarly, while lice and scabies are ectoparasites, meaning they live outside the body, they are also generally concentrated in a specific area and can be relatively easily dosed with a drug.

Bed bugs are trickier, says Potter, While bed bugs are also ectoparasites, they only come to the body to feed around once a week and then scurry back to refuges in cracks and holes.

So, to guarantee a dose of ivermectin, the user would likely have to take the drug for a couple of weeks, which still might not expose all the bugs in an infestation (although Sheele points out that ivermectin’s metabolites, which stick around after the drug is gone, also seem to kill the bugs). While ivermectin is generally considered safe, it is almost always prescribed as a single dose and, like any drug, there is a point at which it will no longer be therapeutic, but a health risk.

There is also the potential for resistance, although this is a constant problem for pest control no matter what tactic is used. Some parasites have already shown resistance to ivermectin, and bed bugs have grown resistant to insecticides from DDT to pyrethroids.

And, finally, registering a pharmaceutical for human use with the FDA requires a huge amount of data, including proof that the drug is safe for human use, which means years of animal studies and clinical trial. Bed bugs, Potter says, “are going to have to bring society to its knees before people start entertaining that approach.”

Brooke Borel is a contributing editor at Popular Science and is writing a book about bed bugs for the University of Chicago Press. Follow her on Twitter @brookeborel