Hobbyists are exempt until further notice. 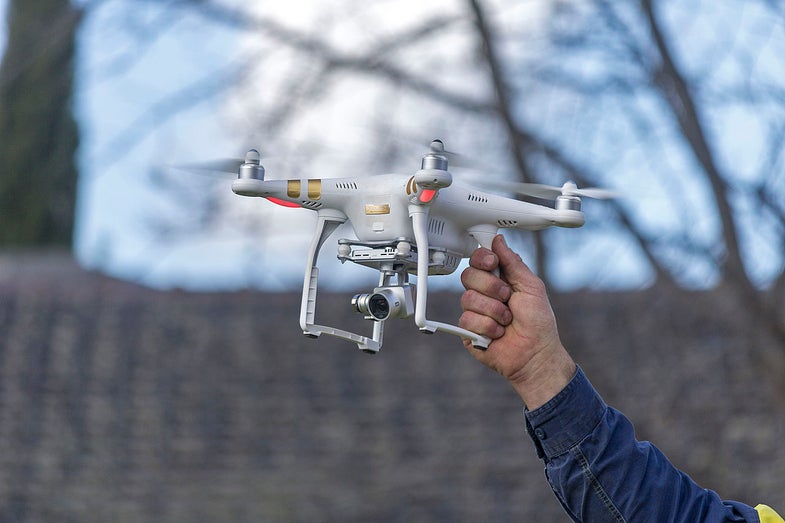 The DJI Phantom series of drones are ready to fly out of the box. Bidgee, via Wikimedia Commons (CC BY-SA 3.0 AU)
SHARE 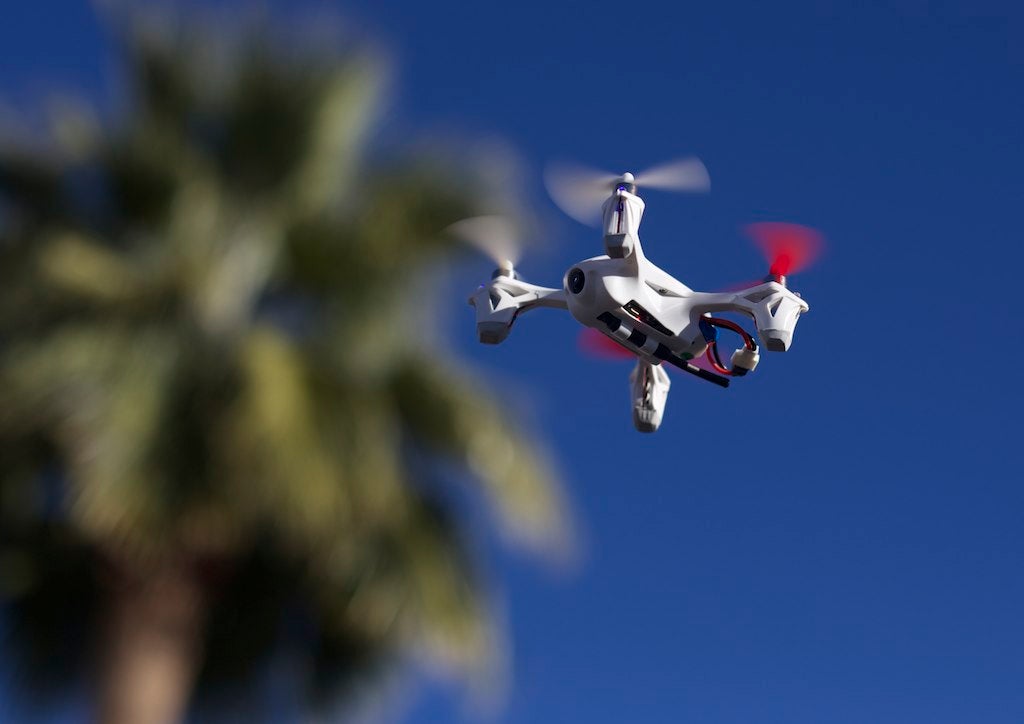 Drones flown below 400 feet are operating in accordance with the law, but may still show up in pilot reports of drone sightings.

Drone law is, like the wobbly uncrewed aircraft themselves, hardly settled law. On Friday, the District of Columbia circuit court of appeals overturned an existing rule from the FAA that mandated drone users register in a federal database in an attempt to enforce accountability. According to the decision, the rule did not have the legal standing to apply to anyone flying for hobby or recreational purposes, which is likely most of the over 800,000 people who registered.

In the FAA Modernization and Reform Act of 2012, Congress specified special rules for model airplanes, flown for hobby or recreational purposes, and charged the FAA with creating rules to govern the growing field of small unmanned aerial vehicles, specifically ones that fell outside this hobbyist/model airplane exception. In December 2015, the FAA announced that all owners of unmanned vehicles weighing more than 250 grams (or roughly as much as two sticks of butter) had to register as a drone operator, in a national database of drone users. Last week’s ruling, brought on behalf of a Washington, D.C. model airplane enthusiast, said that in creating this registry, the FAA overstepped the bounds of its legal mandate under the 2012 reauthorization, chiefly the rule regarding model airplanes.

Plainly put, people who fly drones for hobby or recreational reasons are now exempt from the drone registry. The ruling also had the effect of turning a federal catalog of all legal unmanned vehicle owners into an outdated, legally murky database of people who registered a drone in the past two years, some of whom are not no longer subject to the registration requirement.

“We are carefully reviewing the U.S. Court of Appeals decision as it relates to drone registrations,” the FAA said in a statement released immediately after the ruling. “The FAA put registration and operational regulations in place to ensure that drones are operated in a way that is safe and does not pose security and privacy threats. We are in the process of considering our options and response to the decision.”

For the past two years, the FAA, and much of the drone world, operated as though the registry were a permanent fixture. Using the registry, flight restriction tool AirMap released a map showing concentrations of drone operators. The day before the circuit court ruling, Eric Eeckhoff used the registry data to create a per-capita drone operator map, and published his findings. In the absence of a centralized record system for drone sales, the drone registry is as close a drone census as we’re likely to see, though it’s almost certain that the number of people who own and operate drones exceeds the number of people who registered. 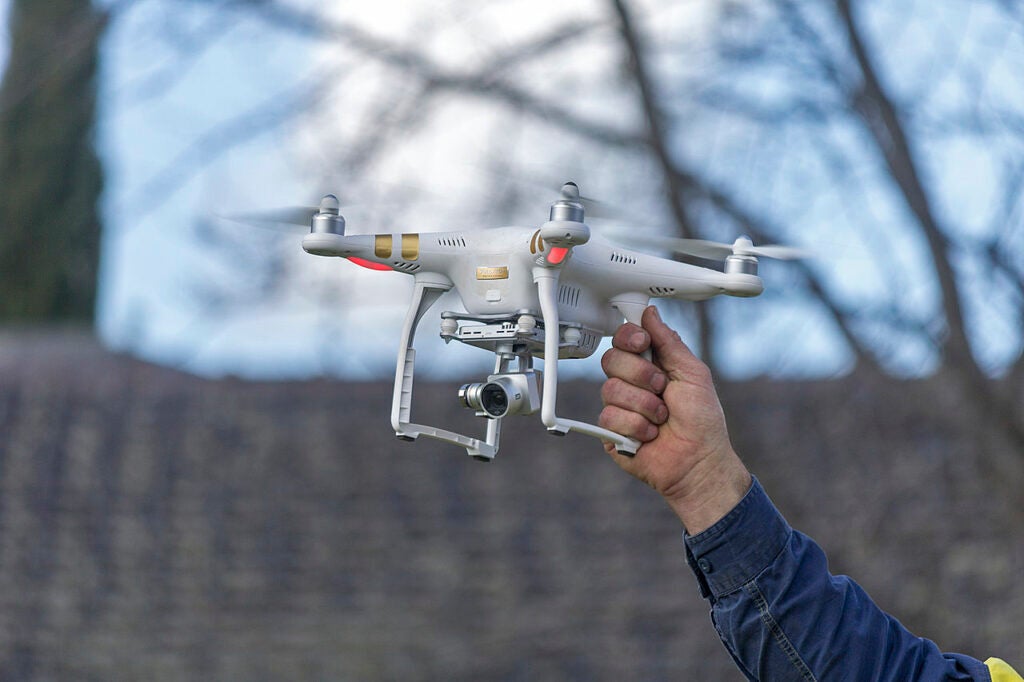 The DJI Phantom series of drones are ready to fly out of the box.

Hobbyists groups, like the Academy of Model Aeronautics, praised the ruling. The AMA is involved in both drone pilot education and in defending the rights of hobbyists from unfair characterization or harmful legislation. (The AMA, it’s worth noting, was skeptical of the drone registry from the start).

“We have long held that federal registration of unmanned aircraft systems (UAS) makes sense at an appropriate threshold of weight, capability and other safety-related characteristics,” said Rich Hanson, president of the AMA, on the ruling. “However, federal registration shouldn’t apply at such a low threshold that it includes toys. It also shouldn’t burden those who have operated harmoniously within our communities for decades, and who already comply with AMA’s registration system.”

The Drone Manufacturers Alliance, which represents drone makers including 3DR, DJI, GoPro and Parrot, was more skeptical of the ruling.

“DMA is studying the implications of today’s registration-related court ruling, but believes the existing system has worked well to protect the interests of safe and responsible pilots as well as the interests of society at large,” said Kara Calvert, Executive Director of the DMA. “As we wait for word on whether the FAA will appeal this ruling, we hope all sides see the benefit of a reasonable and minimally restrictive form of basic regulation that has helped make drone operations in America overwhelmingly safe. We look forward to working with policymakers on a long-term legislative solution.”

“A UAS registration system is important to promote accountability and responsibility by users of the national airspace, and helps create a culture of safety that deters careless and reckless behavior,” said Brian Wynne, president of the Association for Unmanned Vehicle Systems International, a drone industry group. “We plan to work with Congress on a legislative solution that will ensure continued accountability across the entire aviation community, both manned and unmanned.”

Any legislative fix will have to balance several goals, which are in some tensions. There are the needs of hobbyists, who want to safely fly in peace as they always have, and which the court upheld last week. There is the role of the FAA, whose whole reason for being is ensuring the safety of the sky for human occupants. And there are the businesses that make and use drones, who want a legal framework that both lets them sell and fly drones, without putting the burden on drone companies themselves to prevent any malicious or ignorant actors using a drone in bad faith and causing harm. 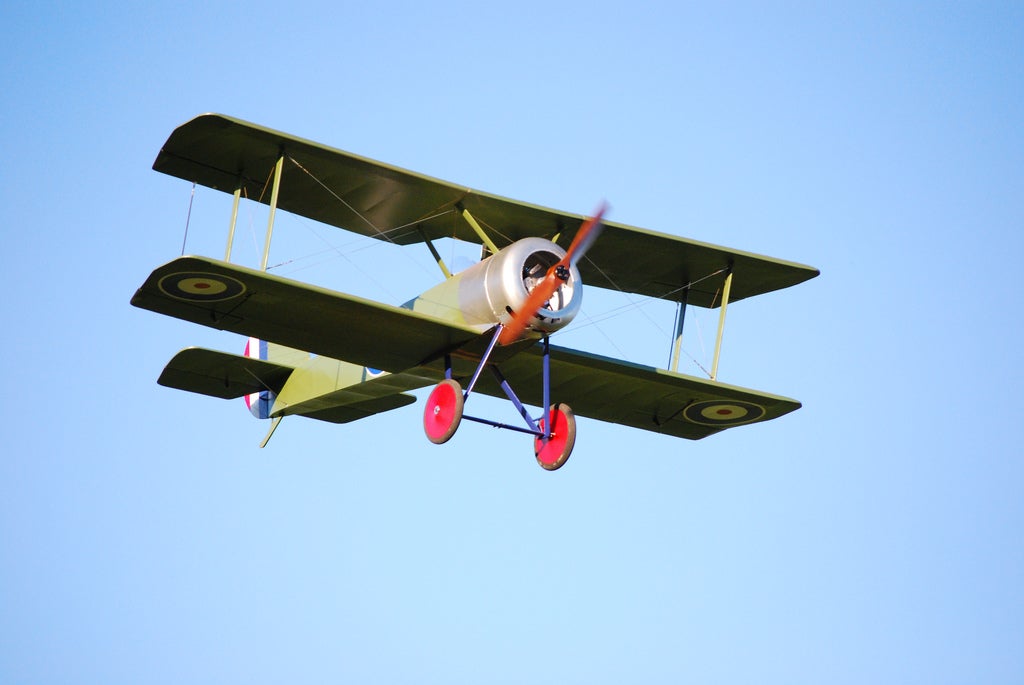 A model airplane in flight.

“The problem of drones is, and the entire reason for drone registration is, we want you to understand that a drone is capable of doing a dangerous thing, they could fly and hit an airplane,” said Jaz Banga, CEO of drone-countermeasure company AIrspace. Banga also sits on the FAA’s Drone Advisory Group, a collection of 35 people in the drone industry that exists to provide guidance on drone policy.

When users first take a drone out of the box, they may have no idea idea how it works or what it can do. There are guidelines for safely flying drones, which have been in place since 1981 and part of a public awareness campaign since 2014, but without registration, there’s nothing that obliges a person to learn a follow the rules. And should a drone get lost or crash somewhere it shouldn’t, there is no system for tracing ownership back to the pilot. The registry required drone operators to learn the rules of safe drone flight, and then receive a personally identifying number, which they were expected to put on any drones they owned.

“Registration becomes a check-in point,” said Banga. “Would you give somebody a car if they didn’t have to get a license?”

Cars are categorically larger, faster, deadlier machines, with an annual death toll well over 30,000. Fatalities from hobbyist drones are virtually nonexistent, with an edge case of a deadly self-inflicted injury or a suspected drone pilot who died in a car crash while fleeing from police in the UK. Still, Banga’s point emphasizes the risk at the heart of the FAA’s desire to build a drone registry. Should a hobbyist drone lead to a death, the FAA doesn’t want to be without an accountability system in place. And, more urgently, the bare minimum education on drone piloting that came with registry is a valuable safety tool for anyone learning to fly, without the aid of a responsible local hobbyist group.

The path forward is likely legislation that allows drone registration in something like the way the FAA wants. It’s a goal many in the industry want, and the 2012 FAA reauthorization expires this year, so there’s already a legislative opportunity to fix it.