Where Should The FAA Test Drones?

What does it take for a state to be selected as a drone test site? 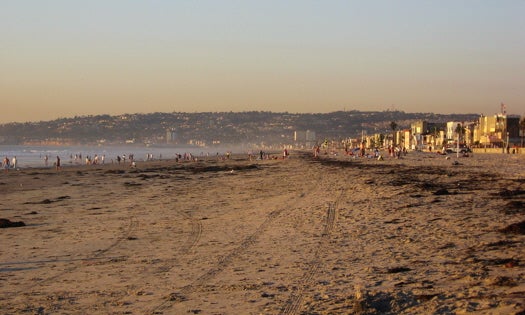 General Atomics, maker of the iconic Predator Drone, is just one of many companies that provides San Diego with a sizable drone industry. With the industry already there, San Diego anchors southern California's bid for a commercial drone testing site, and it's hard to see how that bid could fail. Pros Urban environments, wide open spaces, a stretch of land from the Pacific to the U.S./Mexico border means lots of applications could be tested in a variety of settings, all in one test area. Cons Unless you need to see how a drone deals with weather, at all. Southern California has a reputation for perfectly pleasant year-round, and while that makes it a great place to live, it means the FAA will have to look elsewhere to test drones in wind, rain, snow, and freezing temperatures. Bottom Line Industry base with a range of climates and easy flying conditions? San Diego is a shoo-in. wikimedia commons
SHARE

Applicants in 37 different states are trying to be one of six test sites in the Federal Aviation Administration’s pilot program for domestic drone use. As part of a plan to begin authorizing drones for commercial use, the FAA needs a few states to serve as laboratories to test things out before opening up the whole country to drones. The prize for states selected? Jobs, federal money, a chance to influence drone rules for the entire nation, and a head start on the domestic drone industry. Here are six bids I think should make it, and one that really shouldn’t.

General Atomics, maker of the iconic Predator Drone, is just one of many companies that provides San Diego with a sizable drone industry. With the industry already there, San Diego anchors southern California’s bid for a commercial drone testing site, and it’s hard to see how that bid could fail. Pros Urban environments, wide open spaces, a stretch of land from the Pacific to the U.S./Mexico border means lots of applications could be tested in a variety of settings, all in one test area. Cons Unless you need to see how a drone deals with weather, at all. Southern California has a reputation for perfectly pleasant year-round, and while that makes it a great place to live, it means the FAA will have to look elsewhere to test drones in wind, rain, snow, and freezing temperatures. Bottom Line Industry base with a range of climates and easy flying conditions? San Diego is a shoo-in. 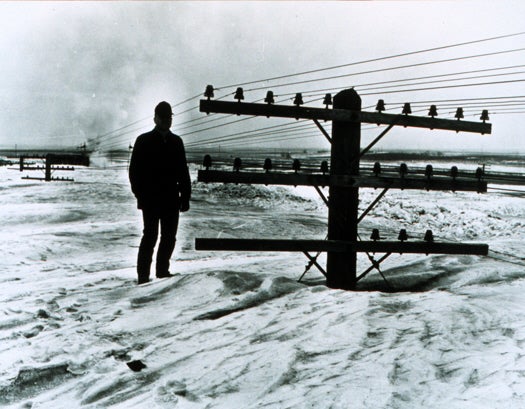 What San Diego lacks in weather North Dakota more than makes up for. Site of the first-ever drone-assisted arrest in the United States, North Dakota law enforcement already work with unmanned aerial systems. Pros Police experienced with drone work is a big one. Also: North Dakota boasts the kind of extreme weather that one just can’t find in California–weather that drones will inevitably have to cope with elsewhere in the country. Vast expanses of rural space also make North Dakota ideal for testing agricultural applications of drones. Finally, the University of North Dakota [boasts the UAS Center for Excellence, which could help academic researchers and private businesses come together to make drones work better. Cons With an average population density of fewer than 10 people per square mile, North Dakota is lousy for figuring out how to integrate drones into city life. Bottom Line North Dakota will probably get the bid, and it should. Testing drones in extreme winter conditions is important, and it’s best to do it where it’s very unlikely a mishap can actually hurt someone. 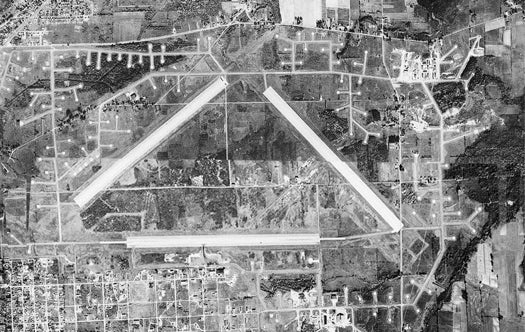 Senator Charles Schumer of New York is pushing for Hancock Field to become a new drone testing site. What does Hancock Field have going for it? Pros Hancock is already home to the 174th Fighter Wing of the Air National Guard, which pilots MQ-9 Reaper drones in Afghanistan, and those guys would love to be able to fly UAVs out of their own airport (to do that, you need FAA test site designation). Fortunately, they have a powerful ally in this: Charles Schumer pushed the FAA to select six test sites, instead of four, so that Hancock could be included. Cons There’s nothing inherently wrong with Hancock as a site, but it has less unique and valuable attributes to offer the FAA than almost any other place. Its inclusion here is more a sign of Schumer’s political acumen than anything else. Bottom Line Hancock will be an FAA test site, but it really shouldn’t. Having a talented and important politician tip the scales is how these things are done, but for all its charm, Hancock Field offers very little that isn’t matched and exceeded elsewhere. 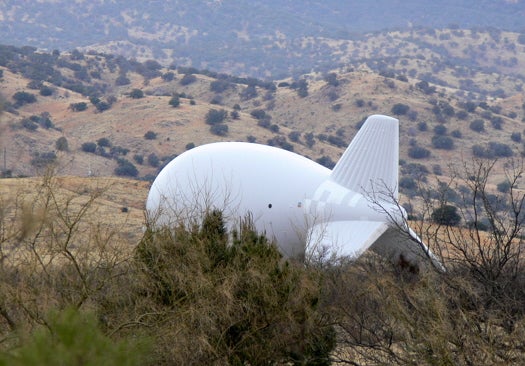 Drones already fly border patrol missions in southern Arizona, and the Army’s Fort Huachuca boasts the busiest drone pilot-training center, as well as perhaps the busiest drone airport in the world. Pros With a high volume of drone flights already taking place, southern Arizona has a lot to offer the FAA in crafting flight rules that accommodate both manned and unmanned aircraft. The Mexican border also offers lots of opportunities for law enforcement work, and federally restricted airspace could give UAVs a safe space for testing. Cons The bid very much resembles San Diego’s, but with less access to the ocean. And technologically advanced desert states with open stretches of restricted airspace aren’t hard to find. Bottom Line Sierra Vista offers good access to the border and air traffic control there is experienced with high-volume drone flights. I’m sold on it already. 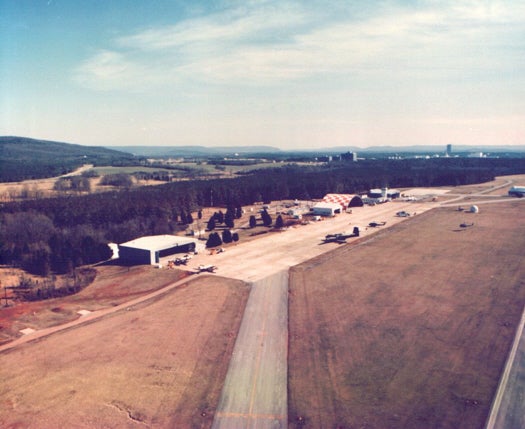 Huntsville, Alabama is the surprise 13-seed of FAA drone site testing bids. A lot of underrated potential, but I’m not sure it’s enough to win it. Pros Hunstville boasts an annual symposium on Unmanned Vehicle Systems, now in its 24th year. That is a strong sign of native talent and technical expertise, which elevates Huntsville’s FAA drone aspirations above those of the average region. The Redstone Arsenal near Huntsville is also home to the Army’s Program Executive Office for Aviation, which manages drones, normal army airplanes, and helicopters–which means there’s already aerial integration in place. Cons This is mostly potential infrastructure. The drone symposium is cool, but it only has about 400 attendees. If Huntsville is selected by the FAA, that provides potential for growth, but it isn’t an inherent strength itself. Bottom Line Twenty-four years of drone symposiums warrant serious consideration by the FAA, and I’m certain with FAA funding and approval it could grow into a serious pool of talent. But I don’t see that being quite enough to sway the FAA. 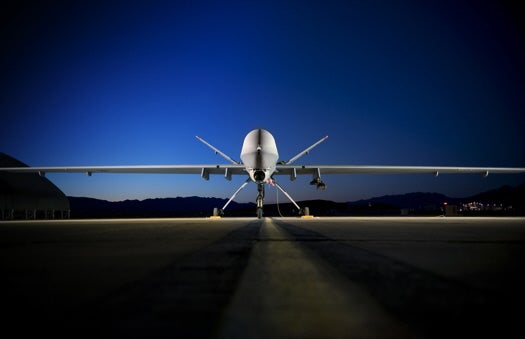 Nevada’s bid resembles those of San Diego and Arizona, but that’s only because they are all built on the same strong fundamentals. Pros A strong IT sector can support the data needs that come with drone use. Nevada also has vast expanses of federally restricted airspace, which combine well with vast tracts of federal land to give the FAA a potentially huge sandbox in which to test drones, without infringing on commercial flights or people’s privacy. Plus, Nevada already has Google driverless cars on the streets. That’s hardly a populace opposed to new scary robots. Cons While the tech sector is strong in Nevada, the drone industry really needs FAA approval to take off. Bottom Line Nevada has a long history of aviation testing, and IT expertise can feed drone technical development pretty easily. That, combined with vast tracts of empty federal land and cleared airspace, allow for great testing possibilities. 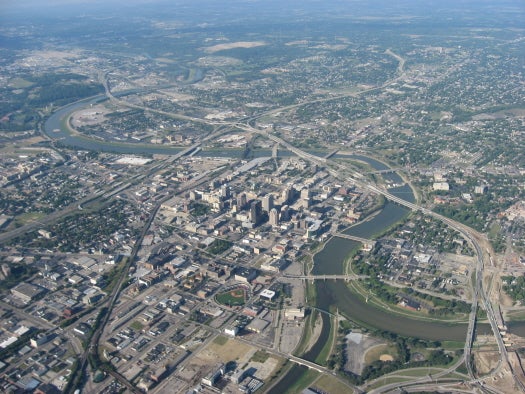 Dayton, Ohio doesn’t have anything terribly remarkable to make it a center for drone testing, which is why it’s my dark horse candidate for FAA approval. Pros Dayton has universities, military bases, the Air Force Research Laboratory, an airport and a municipal air park, and those are great, useful things for a UAV bid. Especially the Research Lab, which designs sensors that are essential for unmanned flight. But that’s not why I think Dayton is an ideal FAA test spot. No, I think Dayton will get it because Dayton is a place so average that it being average is a frequent Onion punchline. Which is great, if the FAA is trying to figure out rules and technology that can work for the rest of the nation. Dayton is a great test slate. Cons It’s not an exciting bid. Then again, this is Ohio. When the state speaks, politicians are all ears. Bottom Line The FAA will need an average city to test drones in, and Dayton fits the bill perfectly. It’s large enough to present both challenges, like other air traffic, and opportunities, like enough customers to make taco drones viable. I fully expect Dayton to succeed in its bid.
Kelsey D. Atherton