As regulators look at how to allow drones into American airspace, their concerns now will shape our skies tomorrow. 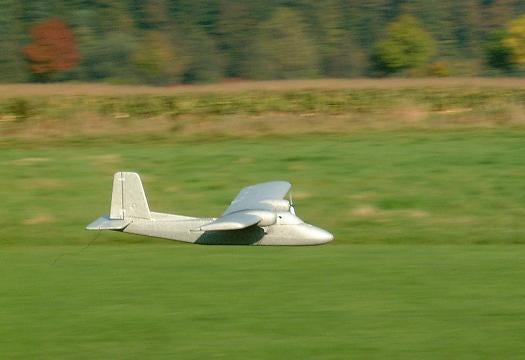 “One of my constituents built a 9-foot flying wing and sends me pictures of my house when he flies over,” Representative David Schweikert (R-AZ) said wryly in a Congressional hearing today on how to regulate drones when they are granted expanded access to American airspace in 2015. It was almost the last statement in the hearing–held by the Joint Planning and Development Office (JPDO) before the House Science, Space and Technology oversight subcommittee on unmanned aerial systems (the committee’s preferred terminology for drones)–and it captured a few important points about the current state of drone law, and, perhaps, where it’s headed.

Privacy
As Schweikert suggests, most Americans are not terribly fond of the idea of their neighbors flying cameras around and taking pictures of them in their backyards. The problem is that, right now, there is no explicit federal guidance prohibiting this. Some states, like Texas, are currently pursuing laws of their own to remedy this. But until then, according to testimony by Dr. Gerald Dillingham, civilian drones are governed by the same rules that apply to model aircraft–which is basically no rules at all.

The problem is that there isn’t yet a clear guideline for privacy going forward. Dr. Dillingham, director of civil aviation issues in the Government Accountability Office, testified that while the Federal Aviation Administration has a clear safety mandate, it doesn’t have one for privacy. So it would fall to Congress to decide which governmental body–the FAA or some other organization–should draw up privacy regulations. Congress could potentially legislate on those regulations, if, say, members think the rules aren’t strict enough, but given Congress’s record on privacy expect more lip service than action.

Hacking
The next most pressing concern brought up in today’s hearing was hacking. In December 2011, a stealthy U.S. RQ-170 spy drone crashed over Iran. Reportedly, this was the result of “GPS spoofing,” a security-attack technique in which you bypass controls and interfere with the machine’s internal GPS. While military encryption is supposed to protect against this, it’s certainly not perfect. And even if it were, that type of encryption might not be viable for the commercial market, Dr. Edgar Wagoner, testifying on behalf of NASA, said.

These vulnerabilities will have to be addressed before the widespread introduction of commercial drones, because the possibility of easily hacked flying machines is not something anyone is excited about. Dillingham noted that creating a perfectly hack-proof system is impossible. That said, committee co-chairman Representative Dan Maffei specifically pointed out that it wasn’t military but commercial aircraft hijacked on 9/11, so expect the House to try and legislate a hack-proof standard anyway.

Control
Another major issue mentioned was drone autonomy. In 2010, a U.S. Navy drone lost contact with its controllers and proceeded to violate D.C. airspace before control could be regained. A drone is, in cases like this, supposed to either immediately plot a course to its home base or attempt to reestablish a connection with its controller. But in this case, it took a half-hour to re-establish contact, which was way too long. Ensuring there are protocols in place to prevent wayward drones was also part of the committee’s mission. Currently, the Federal Aviation Administration is conducting a search for drone sites, and one of the reasons why is because officials want to find a way to safely and regularly test drones. Data from those tests will be delivered to the committee and could help shape safety regulations.

Prosperity
The hearing took place as part of the long, ongoing process to figure out how exactly unmanned aerial systems are going to fit into American airspace. Representative Kevin Cramer (R-ND) and Representative Scott Peters (D-CA) both took some of their allotted time to campaign for their districts as commercial drone testing sites, and were positively giddy by the prospect of developing a lucrative drone economy. Dillingham expects that “the worldwide UAS market could be potentially worth $89 billion over the next decade.” There’s too much money to not have commercial drones.