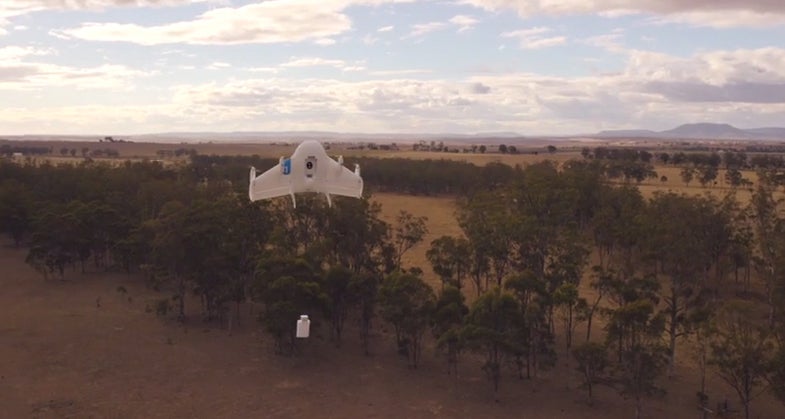 It’s hard to plan the future while strictly obeying the laws of the present. Google’s Project Wing is a drone delivery service in development by Google X, the in-house development, er, wing of Google-holding company Alphabet. Last year, they revealed testing they had done of Project Wing in Australia, where the laws for developing drone programs are more permissive than in the United States. Now, according to documents obtained by The Guardian, it appears Project Wing has been operating in America, specifically in California, within NASA’s drone-flying authority granted by the Federal Aviation Administration (FAA).

As drone laws currently stand in the United States, government, research, or commercial entities that want to fly drones have to apply to the FAA for a Certificate of Authorization, which grants those entities permission to fly drones under certain rules. It’s a patch-work process designed to allow safe testing and development of drones before the FAA finalizes their rules for drones to operate regularly in the sky. This year, the FAA has granted many more exceptions than previously, and there are six states specifically selected as test areas. While Project Wing is applying for an exemption, it’s currently operating in NASA’s backyard and under their rules.

Other than the weirdness of using NASA’s exemption, little else seems to be unusual about how Project Wing is testing its drones. The vehicles weigh under 55 pounds, fly at speeds up to 100mph, and navigate using a GPS with programing that returns them to a home base if the signal is lost. The tests in California specifically focus on controlling the drones over normal cellphone networks. From The Guardian:

Legal weirdness aside, if the FAA grants Project Wing an exemption to test this, it could mean a major breakthrough for drones that lets them use existing cell network infrastructure as a communication tool.