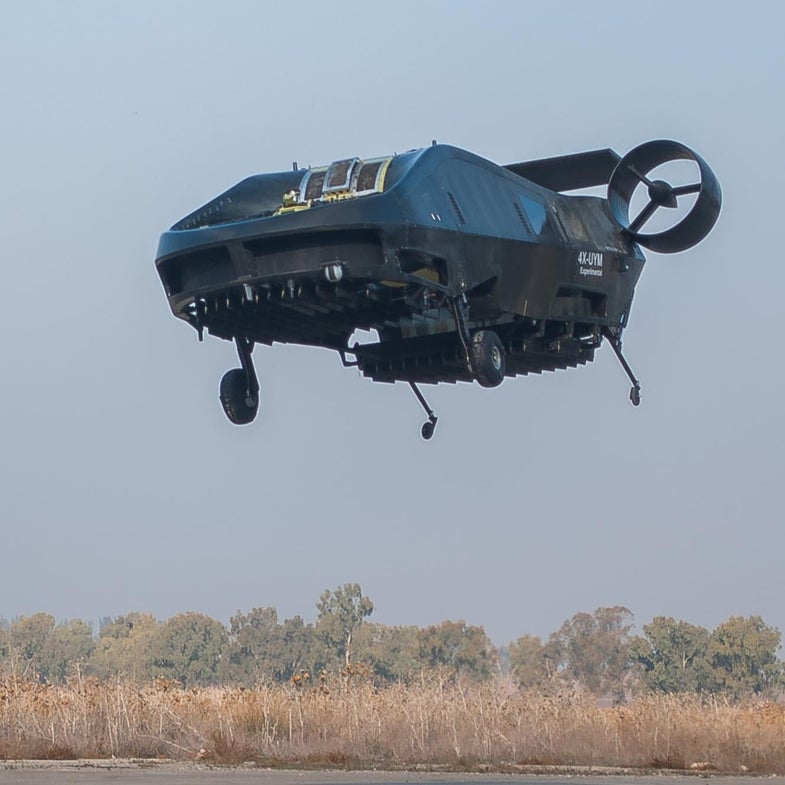 Robots may not stop war, but they may someday be able to save the humans fighting it. Developed by Tactical Robotics, the Air Mule is a hovercar-like aircraft, built to be an ambulance. On December 30th, it flew autonomously, giving a wobbly glimpse at what battlefield salvation may look like later this century. Watch it take off:

The Air Mule has long been in the works. In 2007, Popular Science wrote about an early version of the concept:

Autonomous flight adds greater ability to this sky-ambulance. Designed to carry almost 1,000 pounds, the Air Mule is designed for a top speed of 60 mph, and unladen a maximum range of 430 miles. Built around ducted fans, it takes off and lands vertically.