A Big Fight Over Little Airplanes

The Academy of Model Aeronautics goes to Washington It is supposed to be about fun, one man told the assembled journalists this morning, as we sat in a conference room facing K Street in Washington, D.C. They gathered us here to set the stage before they went off to battle against a three-letter F-word: the FAA. The Academy of Model Aeronautics (AMA), a community-based hobbyist organization founded in 1936, is spending today lobbying Congress for new rules about their airplanes. It’s the latest effort to make sure that, whatever future drones bring to the skies, there’s still room for children to fly their airborne toys for fun.

For decades, building model airplanes has been the cheapest, easiest way for people to discover aircraft for themselves. Model airplanes have graced the pages of Popular Science since 1917 at least. And as with many scientific hobbies, kids who started playing with toy airplanes sometimes went on to great triumphs in the field.

At the media breakfast, we spoke with Chad Budreau and Rich Hanson from the AMA’s government and regulatory affairs team, plus Bob Brown, AMA President, and Gary Fitch, AMA Executive Vice President. The AMA boasts that both legendary aircraft designer Burt Rutan and first man on the moon, Neil Armstrong, were members, and they got their start with model airplanes. Brown calls model airplanes “the cradle of aviation.” The overall implication is that if we want future greatness in aviation, it’s perhaps best to let kids play around in the sky.

For decades, kids were free to do so, and often did so within local clubs that had their own rules of conduct and membership obligations. One sign of how durable the model airplane rules used to be: from 1981 until 2014, a single document of recommendations set out the extent of the FAA’s role in regulating the small, unmanned aircraft. In 2014, the FAA reinterpreted their rules, giving itself more power to regulate drones in the sky. This change is one of several points of contention between airplane hobbyists and the FAA, though Hanson is optimistic about working together in the future.

If we want future greatness in aviation, maybe we need to let kids play around in the sky.

What’s changed the relationship is drones. Or, more specifically, cheap, camera-toting quadcopters and their multi-rotor cousins. Rather than taking a radio-controlled plane out to a special model airplane field, people can just buy a quadcopter off store shelves and fly it basically wherever, since it doesn’t need a dedicated runway. That means more people flying, and also more people flying in new ways. This has implications for business, other air travel, and potentially the hobby itself. In 2012, Congress passed a reauthorization bill for the FAA which required the administration to look at how drones will change the skies of tomorrow. This bill also carved out an exception for model airplanes, provided they were flown entirely within the pilot’s line of sight, weighed less than 55 pounds, and were only flown for hobby purposes. 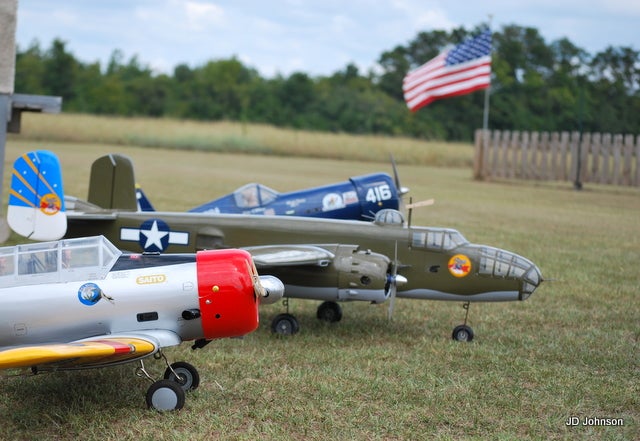 Trying to balance the new world of drones with the old world of model airplanes, in December 2015 the FAA made a sweeping decision with a rule that required every drone aircraft over 250 grams (roughly half a pound, or the same weight as two sticks of butter) be registered with the FAA. That includes almost every model airplane model, as well as some large motorized paper airplanes. In announcing the low weight limit, well below the 2 kilogram standard of nations like Canada and the 2 pound recommendation from the AMA, the FAA cited the potential risk of small planes falling and crashing onto people. That’s a tight restriction for a category of aircraft with an aviation safety record better than that of turtles.

So while the FAA and the AMA are talking, the AMA feels like the FAA doesn’t quite understand the situation. One example is the FAA’s new strict rule that all model airplanes operating within 5 miles of an airport notify the air traffic controller before flight. That counts all airports, from private landing strips to temporary helipads to defunct runways still in the FAA’s system, and in products like the FAA’s B4UFly drone map app, those runways get the same restriction as a major commercial hub like Chicago’s O’Hare or Boston’s Logan. By lobbying Congress, Hanson said, “we’re hoping that Congress will help [the FAA] understand.”

There’s also the matter of proposed technological solutions. A popular one among drone makers like DJI and Congress itself is “geofencing”, which uses GPS coordinates to plot invisible paths that drones aren’t allowed to fly. The idea was sparked by the accidental crash of a quadcopter onto the White House lawn last year. Shortly afterwards, DJI made it so all new drones, as well as any with updated software, couldn’t fly within the District of Columbia. Geofencing has its proponents, and NASA is working on a better version that encourages gentle landings, but it’s at best a form of solutionism, or hoping for a technological fix to a mostly human problem.

The restrictions are pretty strict for a category of aircraft with an aviation safety record better than that of turtles.

The problem is a lack of education, argues the AMA, which very much wants to see education efforts, and not mandated quick-fixes like geofencing, dominate the future of drone safety. Part of this is because it doesn’t work: geofencing is only as good as a GPS signal, and hobbyists can work their way around that. Another part is responsibility. As someone on the AMA panel noted, “when you take operation control out of the hands of the pilot, you shift liability.” If a drone crashes where it shouldn’t, that’s in theory on the pilot, but if a geofenced drone somehow violates its virtual fence programming, is that then the responsibility of the company that made the drone, the person who programmed the fence, or the pilot? It gets tricky, and the AMA argues that it’s probably better and easier to keep the decision in the pilot’s hands.

To that end, the AMA says they’ve worked with 58 model airplane makers and distributors to include information about drone safety rules in the packaging of the products themselves. They’ve even partnered with Best Buy so that people buying drones can pick up AMA brochures and even register with the Academy when they check out. For the AMA, education is the way forward to the safe, drone-filled skies of tomorrow.

Logistically, that’s a bit of a challenge. While the AMA’s membership is growing, with a reported increase from around 145,000 members in 2008 to 188,000 members in 2015, the ranks of drone pilots are growing much faster. The FAA announced that 300,000 drone owners registered in the first month the registry was open, which is already more people than there are AMA members. And that’s just out of people who registered. Estimates of the number of drones sold just this holiday season start at 400,000, so even if every AMA member bought one drone, and then registered with the FAA, there’s still at least 100,000 people who own some form of small unmanned flying machine and aren’t registered with the AMA. Previous estimates of drone sales assume that around 1 million drones were sold from 2013 to 2015, so the AMA represents only a fraction of drone owners. 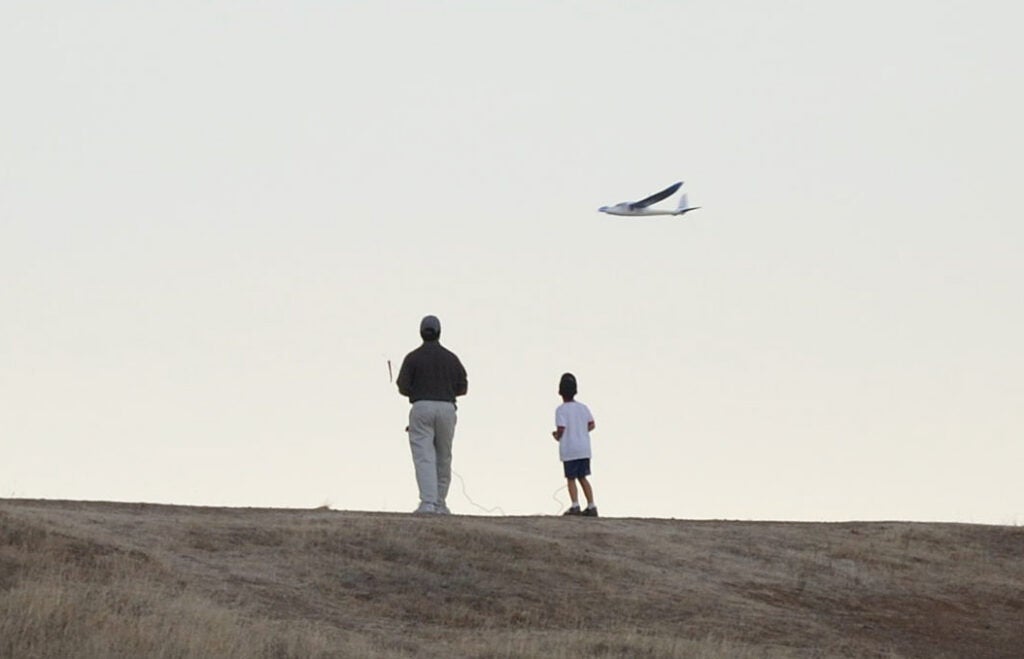 Still, the group aims to represent not just their own organization, but the model airplane community as a whole. Their lobbying efforts call for a better definition of model aircraft, and one that’s distinct from the broader category of “unmanned device.” They want the next FAA reauthorization to make sure that, with this new regulation, pilots are still responsible for safe conduct of their aircraft, but not, say penalized for flying a drone at 300 feet in airspace that’s restricted to 10,000 feet. They’re also asking that Congress explicitly define in law a “community-based organization” with regards to model airplanes, which would give the AMA (and any new such organization that springs up) some legal recognition, which the AMA hopes would foster a better working relationship with the FAA and open up the possibility of partnerships for education. They’d like better rules for dealing with different types of airports. And they want to make sure that education and personal drone use, whether it be in science class or taking photos at a family gathering, doesn’t violate rules on commercial drone use.

While the AMA’s membership is growing, the ranks of drone pilots are growing much faster.

With that agenda in hand, 12 members of the AMA went to lobby Congress today. It’s a weird little fight, creating niche rules for an influential hobby. And they might not win. While the AMA was part of the FAA’s task force on drone regulations, it doesn’t appear that many of their arguments made it through to the final rule. Even if they do succeed, there’s an uphill battle reaching the hundreds of thousands of drone owners who don’t know what rules govern their new toy. The stakes are unknowable: so much hinges on creating a space for children and youth to explore, and it’s impossible to quantify what is lost without one.