A weighty matter for lightweight craft 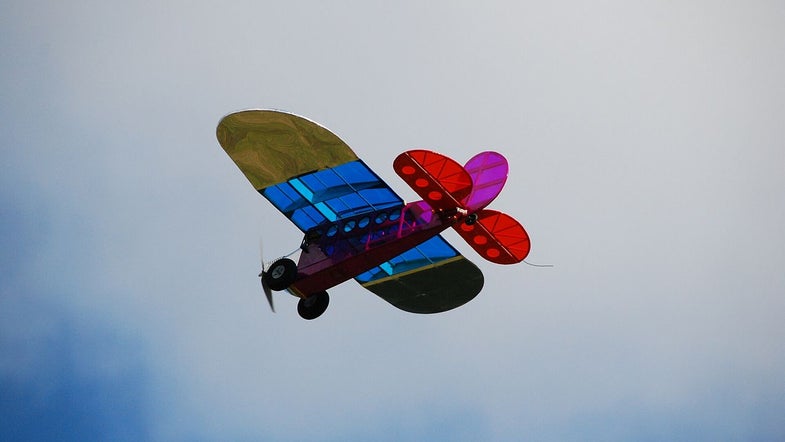 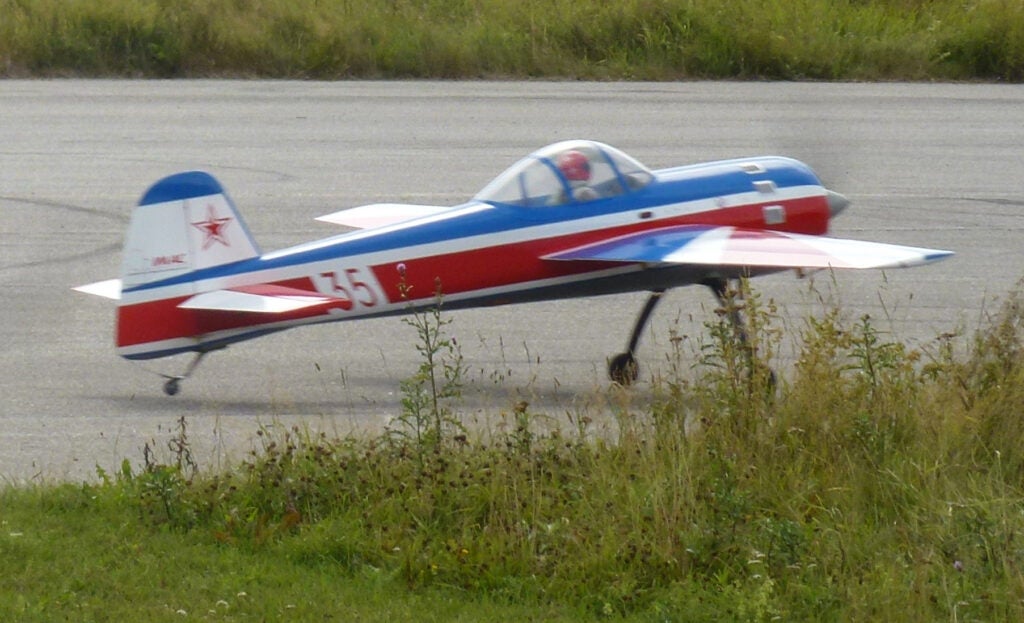 Two sticks of butter weigh about half a pound. While the sticks themselves won’t fly, under a set of proposed drone regulations, people will have to register any remotely controlled flying machine that weighs more than two sticks of butter with the FAA. The recommended rules, formulated by a group heavily weighted towards industry, would, if enacted, turn the entire world of model aviation into a newly regulated world of light drones.

While many people will become drone operators for the first time this holiday season, model aviation as a hobby goes back decades. The Academy of Model Aeronautics is a non-profit which aims to represent and promote the interests of all model aircraft enthusiasts, and they boast a membership roll of 185,000. The AMA was part of the FAA’s task force to come up with new drone rules, but the group appears to be dissatisfied with the results, claiming “these recommendations, as written, would make the registration process an unnecessary and unjustified burden” to its members, and noting that for decades model airplanes and people-carrying airplanes have coexisted.

Model aircraft have had a unique legal definition that sets them apart from other unmanned aerial vehicles. That may be changing.

Model airplanes derive their current legal status from the 2012 FAA Modernization And Reform Act. That act set out new, tentative rules for drones, and required the FAA to figure out how to incorporate drones into American skies in the future. At the same time, it spelled out unique rules for model airplanes, which were a separate category from other unmanned aircraft. These rules defined model aircraft as “capable of sustained flight in the atmosphere, flown within visual line of sight of the person operating the aircraft; flown for hobby or recreational purposes,” weighing less than 55 pounds, and flown safely, away from airports and other traffic. The Act also said model airplanes should be governed by community standards (like those of the AMA). It’s a definition focused more on use than anything else.

The 2012 Act required that, by December 31, 2015, “the Administrator [of the FAA] shall develop and implement operational and certification requirements for the operation of public unmanned aircraft systems in the national airspace system.” The FAA is tasked with ensuring the safety of the skies, and a registration plan is seen as a way to help with that–if the FAA can’t stop a drone from flying where it shouldn’t, they’ll at least be able to trace a registered drone back to its pilot. The fundamental tension in the proposed registration is between the existing lenient rules for model airplane pilots, and the FAA’s desire to treat everything flying and unmanned the same.

To understand what the proposed regulations would mean for model airplane hobbyists, we reached out to the AMA. Reached by email, Chad Budreau, a member of the AMA’s Government and Regulatory Affair department, noted that model aircraft have a unique legal definition that sets them apart from other unmanned aerial vehicles, and clarified for Popular Science that “Congress made clear in section 336 that the FAA doesn’t have the authority to promulgate any new rules or regulations on model aircraft that meet certain criteria.” 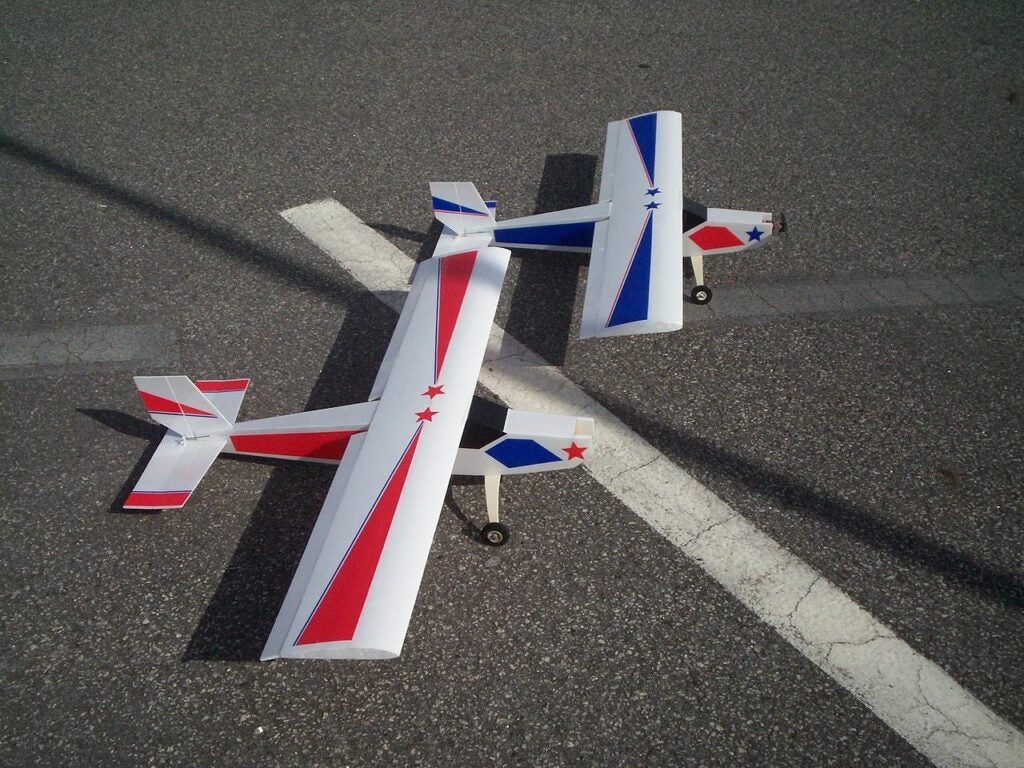 A Pair Of Model Airplanes

Only exempting aircraft below half a pound from registration also seems to miss a large segment of the market. Brian Reinhart, director of risk management for the hobby toy distributor Horizon Hobby, gave an example by phone. “We have a SportsmanS HobbyZone light airplane you’ll see flown in hobby fields,” he says. “It’s 950 grams [or about 2 pounds] and made of foam, has an auto-land feature, can fly a holding pattern of 120 feet, a virtual fence will keep in line of sight, and it has a panic button.” If a foam drone with safety features doesn’t meet the model airplane exemption, it leads one to wonder what does?

The AMA wants more depth in the weight categories, so that things like 2-pound foam drones aren’t regulated the same way as, say, 55-pound camera-toting quadcopters. As Budreau explained in email, the AMA feels “Aircraft weighing 250 grams easily belong in the toy category,” and suggests instead we look to our neighbors to the north for regulatory guidance. “Canada has a tiered system that starts with aircraft weighing more than 2 kg. The FAA/DOT Task Force weight limit of 250 grams is unrealistic and overly burdensome. More importantly, we believe weight should not be the only determining factor to trigger registration. AMA has said before that the capability of the aircraft – for example, whether or not it can fly beyond the operator’s line of sight – should also be a factor in determining the threshold for UAS registration.”

“Weight should not be the only determining factor to trigger registration.”

Reinhart, like the Academy of Model Aeronautics, thinks a 2 kilogram (or about four and a half pound) limit makes more sense. Giving a rough estimate of the model airplanes Horizon Hobby carries, out of 80 or so models about 20 fall under 250 grams, and about 20 are over 2 kilograms. A greater weight limit could keep the hobby open for people who want to try flying model aircraft but are wary of government registration. In fact, keeping it strictly to weight could mean a drone like the PowerUp 3.0, which consists of a motor that can attach to a paper airplane, is sometimes a drone and sometimes not, depending on the heaviness of the paper used.

The AMA feels strongly that community standards are sufficient for hobbyist registration, saying, “Our members abide by a safety and privacy code which has resulted in an impeccable track record of safe and responsible flying for 80 years! AMA members effectively meet the intent of registration by providing their personal identification and contact information when joining the Academy. They are further instructed to place their membership number or their name and address on or within their model aircraft to link the owner/operator to the model should such identification be necessary.” The proposed FAA drone registration system is similar, though in it people register with the government and not a third-party non-profit. 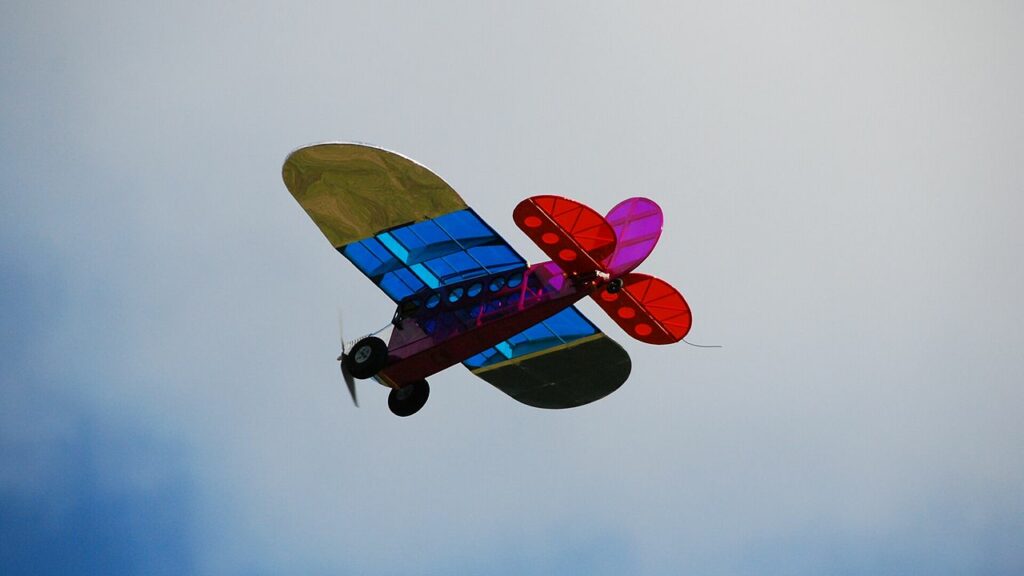 Still, if there must be registration, the AMA sees federal as preferable to state-level, noting, “For those platforms that meet an appropriate threshold of weight and safety characteristics, federal UAS registration makes some sense. A patchwork of state-level UAS registration systems, on the other hand, would be even more cumbersome and confusing and is not necessary.”

So what impact would these changes have? Popular Science talked to Steven Miller, a partner at the Hanson Bridgett law firm in Northern California, who writes Hoverlaw, a blog about drones and regulations. He said he sees two major benefits of a drone registry system. “There’s a category of folks who are in a ‘here hold my beer, watch this’ category who may misuse a drone in a way that is offensive to the general public privacy rights or unsafe,” and a drone registry will help enforce regulation against that behavior. Secondly, people or local governments who own critical infrastructure, like bridges or power grids, Miller says, “really want to know the difference between an enthusiast and an enemy, users who have ill intent.” So the sight of registered drones may bring peace of mind, while unregistered drones would scan instead as a threat.

Overall, Miller is skeptical of a national registry that works to prevent harms done by drones. Instead, he sees a lot of potential in changing our understanding of Trespass Law. “I think the law of trespass is going to be developed to accommodate technology like drones,” Miller said, “to include trespass that’s not a physical actual trespass but is trespass using a device to acquire information. There’s a legal distinction between standing outside a fence on a ladder holding a camera and hovering a drone outside a window, and maybe there shouldn’t be.

Before Amazon Prime Air starts delivering packages, before the skies above farms are swarming with agricultural drones, the new drone rules are likely to have an outsized impact on the civilians who have flown unmanned aircraft the longest.

The FAA is still in the process of finalizing the rules, and it looks like they’ll conclude around the summer of 2016. It remains to be seen how much weight they’ll give to the concerns of hobbyists. Maybe it will be even more than two sticks of butter.