Drone guidelines for the holidays 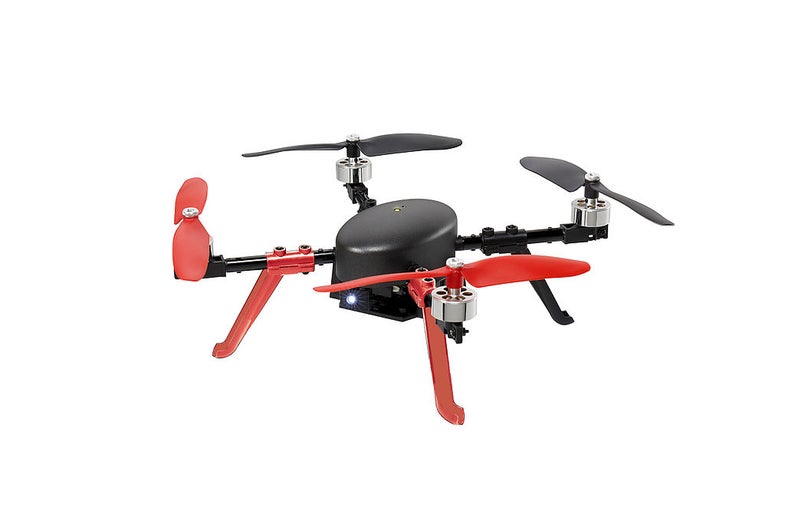 Drones! They’re everywhere these days, be it fighting kangaroos, harassing casual diners with mistletoe, or waiting wrapped up under trees for casual users. The holiday season potentially means thousands of new casual drone pilots, and the Association for Unmanned Vehicle Systems International, the Academy of Model Aeronautics, and the Small UAV Association, supported by the Federal Aviation Administration, have put together a new campaign about how to safely and legally operate small remote control vehicles. They’ve even launched a hashtag: #KnowB4UFly.

The video for the campaign has a Christmas motif, and opens by rhetorically asking: “How do you make sure you stay off the naughty list?” Watch it below:

A particular highlight is the pointer that drones should be flown no higher than 400 feet. This height is compared to the pyramids of Giza in Egypt, which are a tad beyond the American airspace rules covered here. On the campaign website’s “do you know” page, the height limit is shown in terms of St. Louis’ Gateway Arch, which is at least a more American monument, though likely not a place the FAA actually wants people to fly model airplanes.

The guidelines are mostly common sense: Fly drones with clubs; inspect drones before operating them; don’t fly near airports or manned aircraft; take a lesson before flying; and hobbyists drones are limited to 55 pounds, or the size of Ralph, the world’s largest rabbit.

Several drone controversies are at least obliquely referenced. The video implores people not to fly beyond line of sight or near people, and not to fly a drone for commercial purposes without FAA approval. All of these actions are at the center of Parker v. Huerta, a major drone law case. The “Know Before You Fly” campaign also discourages people piloting drones over stadiums, where drones have illegally filmed and at times interrupted sporting events.

Commercial flight, or using drones in any way for payment or commercial purposes, is discouraged for hobbyists without explicit FAA approval. In the past, this has included activities like a journalist photographing a car crash scene or real estate agents photographing homes.

Taken altogether, it’s a noble campaign for clarity in the face of a confusing mishmash of drone law. But it’s a clarity that comes from suggesting new pilots should defer to the government’s interpretation of what started as voluntary guidelines, rather than navigate and interpret on their own the murky laws that exist presently. Know Before You Fly, the site supporting the campaign, has a page offering three sets of new guidelines: one for casual users, one for business users, and one for public entities. For recreational users, many of these rules are old, having first appeared as voluntary guidelines in an FAA 1981 Advisory Circular on model airplane use. Those rules, in turn, were modified somewhat by the 2012 FAA reauthorization act, but as drones move from a niche hobby to a more common toy, the FAA has tried to cancel the 1981 memo.