A possible near-miss with a police helicopter over a bridge led to two arrests early Monday morning. 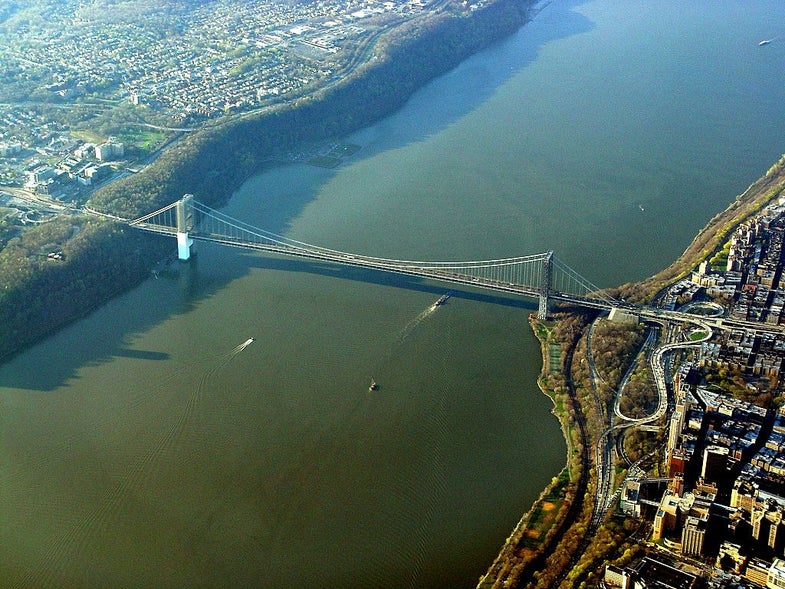 Very early in the morning on Monday, officers with the New York Police Department arrested two men for flying a drone near the George Washington Bridge. The officers were dispatched by an NYPD helicopter pilot, who claimed the drone came within 800 feet of his chopper. Nestled within this sparseness is everything frustrating about the state of drone regulation today.

Drone law is murky on this matter. The Federal Aviation Administration is the agency responsible for integrating drones into skies with manned aircraft, but so far they’ve taken a very gradual approach. The goal is to balance the future needs of industry, the present-day habits of hobbyists, with an overriding concern for the safety of vehicles with people on board. Small drone use is restricted to non-commercial activity, and pilots are supposed to adhere to model airplane rules. The FAA guidelines say model airplanes are not supposed to fly higher than 400 feet. It also says they should avoid flying near manned aircraft, but leaves “near” undefined.

A further update to these rules, published in June, offers broader guidance for drone pilots but also muddies what, exactly, is a legal way to use drones. A chart delineating legal hobbyist uses from illegal ones relies heavily on how drone photography is used after a flight. In a report on FAA progress, the Inspector General emphasized the problems caused by murky interpretations of flight rules.

Fortunately for the FAA, at least, police in this case won’t need to rely on specific drone rules when arguing that the flight was illegal. The most salient argument is that flying a drone close to another aerial vehicle on its own qualifies as reckless endangerment under New York law. As with all matter of court, there may be evidence that weakens this claim.

This isn’t the first time local law in New York has faced a case of drones and risk. In September 2013, when a young man was partially (and fatally) decapitated by the drone he was flying, New York police investigated the scene of the accident.