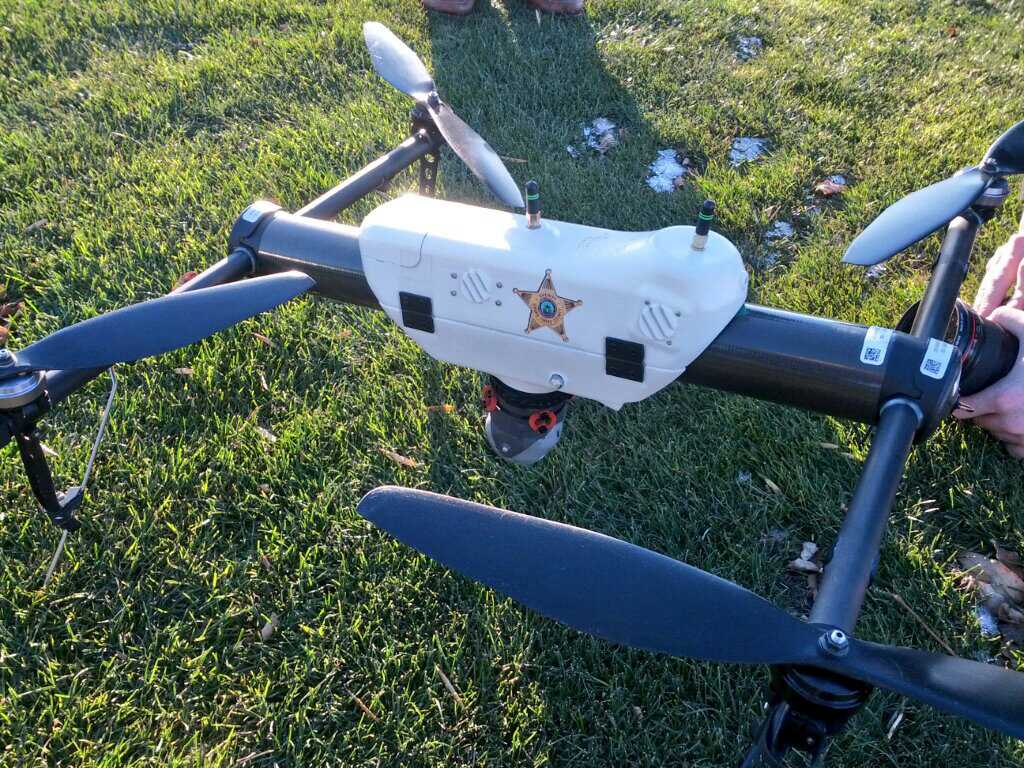 North Dakota is one of the first states to practice using drones. In 2001, with the help of a drone on loan from Customs and Border Protection, North Dakota police arrested a cattle thief. Now, the police department in Grand Forks, North Dakota used a drone to find a truckload of underage drinkers who fled into a cornfield after being pulled over for drunk driving. With the drone, police found two of the four teens within 25 minutes, and did so at night. The Qube drone they used has an infrared camera, which is especially useful for finding people in cornfields after dark. Still, the drone can’t do everything. The two other teens were caught later, without drone assistance.

The Bardarbunga Volcano in Iceland erupted in August of this year. Volcanos, what with the smoke, ash, and seering hot lava, are dangerous. They also look really really cool, which makes drone-mounted cameras an ideal way to get a clearer view. In this video montage, DJI quadcopters reveal closeups of the eruption at Bardarbunga:

This week, the United Kingdom deployed a Watchkeeper drone to Afghanistan. Watchkeeper is a surveillance platform that can fly for 16 hours at a time and travel at speeds of over 100 miles an hour. The drone, first ordered in 2005, was supposed to fly in 2010, but delays kept it from the field. Now, it joins the U.K. forces in Afghanistan only months before they are set to withdraw.

Project Nixie is a competitor in Intel’s “Make it Wearable” design contest. The drone is meant to be worn around a person’s wrist. With a gesture, the user can release the drone, which will fly out, take a picture of the user, and then fly back towards them, where the user can snag the Nixie from the sky and reattach it to her wrist. If Nixie works, expect even more amazing selfies from mountain climbers.

Drones And The Law

In New Jersey, a man shotgunned a trespassing drone out of the sky, and was arrested for it. A trespassing frisbee or a wandering pet certainly wouldn’t pose the kind of threat that justifies a shotgun response, but hobbyist drones can carry cameras (and weapons, too, potentially). At present, it’s likely the law will treat drone trespasses like that of any errant toy, but in the future courts or legislatures might decide differently.

In California, Governor Brown vetoed a bill that would clarify how drones can legally operate in the Bear Republic. The bill would have set narrow boundaries for how law enforcement could use drones without obtaining a warrant first, and Brown objected to these requirements as going beyond what is required “by either the 4th Amendment or the privacy provisions in the California Constitution.” With the veto, questions of what are legal uses for drones in California remain unsettled.

Following an announcement by the Chinese government that Hong Kong’s 2017 elections would be more limited than previously promised, protests broke out in Hong Kong, which enjoys privileges unique within China thanks to the terms of their 1997 handover from the British Empire to the Chinese government. The protests are massive, and have been met with a large police response. Just how massive are they? Crowd estimation is imprecise, but there are other ways to convey the scale. This drone footage, flown above the protesting crowds in Hong Kong, captures a vast sea of people, likely in the hundreds of thousands. Watch the video below: