A Drone Flew Within 200 Feet Of A Commercial Jet. How Legal Was It? [Updated]

An airline pilot spotted an unmanned flying object dangerously close to his plane in Brooklyn yesterday. What can we learn from this? 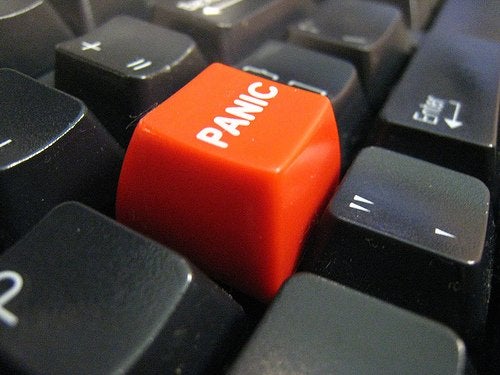 Yesterday morning, an Alitalia pilot reported seeing a remote-controlled aircraft near New York’s JFK airport, where he was landing. The drone was flying about 4 to 5 miles west of the airport at an altitude of about 1,750 feet, and it came within just 200 feet of the Alitalia plane, the pilot said. The Federal Aviation Administration is investigating the incident, and the FBI announced that it is looking for information leading to the drone operator. But was it legal?

Older laws for model aircraft forbade flying anything above 400 feet. This is still a recognized guideline by the Academy of Model Aeronautics, the lobbyist group that represents model aircraft hobbyists, but the height ceiling hasn’t been on the books since at least 2012. Instead, unmanned, remotely piloted aircraft have to be visible to the naked eye, which might mean just a couple hundred feet in cloudy weather or much further than the recommended 400 feet in good weather. (Visual range notwithstanding, 1,750 feet of altitude is well beyond the reach of most commercially available model aircraft.)

While the 2012 act re-authorizing the FAA removed the height ceiling for model aircraft, it was very clear about boundaries around an airport. Flying a drone within 5 miles of an airport requires notifying that airport; otherwise, you risk prosecution. Initial reports place the drone at 4 to 5 miles away from the airport, which means it isn’t clear whether this drone broke that rule or not. If the drone flew closer than that, and did so without notifying air traffic control, it would’ve been illegal.

The construction of the drone, however, is very likely to have been totally legal. Described as a 3-foot-wide black quadrotor it probably falls under existing construction guidelines. Model aircraft regulations let you fly anything under 55 pounds, and following AMA guidelines, everything, from absolute altitude to size to any sensors a drone might have on board, is legal.

Finally, there’s H. R. 658, SEC. 336, (a)4. This part of the 2012 FAA reauthorization states explicitly flying a model aircraft is legal only if “the aircraft is operated in a manner that does not interfere with and gives way to any manned aircraft.” Flying within 200 feet of an airliner definitely, absolutely, in no uncertain terms violates that law, so let’s just say this is very illegal.

Should the incident worry us?
Probably. Think about your last driving commute, and how many near-accidents happened. Now imagine that in three dimensions, with some vehicles as small as a frisbee and others as large as a 747 zooming around side by side. In 2009, US Airways flight 1549 made a crash landing in the Hudson river after geese knocked out both engines. It’s incredibly unlikely that model airplanes will regularly pose as great a threat as geese, but the introduction of a whole new category of aircraft to the skies will make things a lot more crowded. With luck, research, and due diligence the FAA testing process and authorization for drone use will clear this out. Until then, we’re stuck with the increasingly outdated model airplane laws we have.

A clarification on the “FAA Modernization and Reform Act of 2012” cited earlier. Rather than setting out specific legal restrictions on model aircraft, the law as written spells out five criteria that if met put the model aircraft beyond FAA regulation. These criteria are hobbyist purpose, under 55lbs, kept in line of sight, doesn’t interfere with manned aircraft, and if flown within 5 miles of an airport the air traffic controller is notified beforehand. The FAA is free to regulate drones and model airplanes that don’t meet those five criteria. It just doesn’t.