Forget Amazon, Redline Is A Drone Delivery Concept For All Of Africa

(And maybe the Amazon, too) 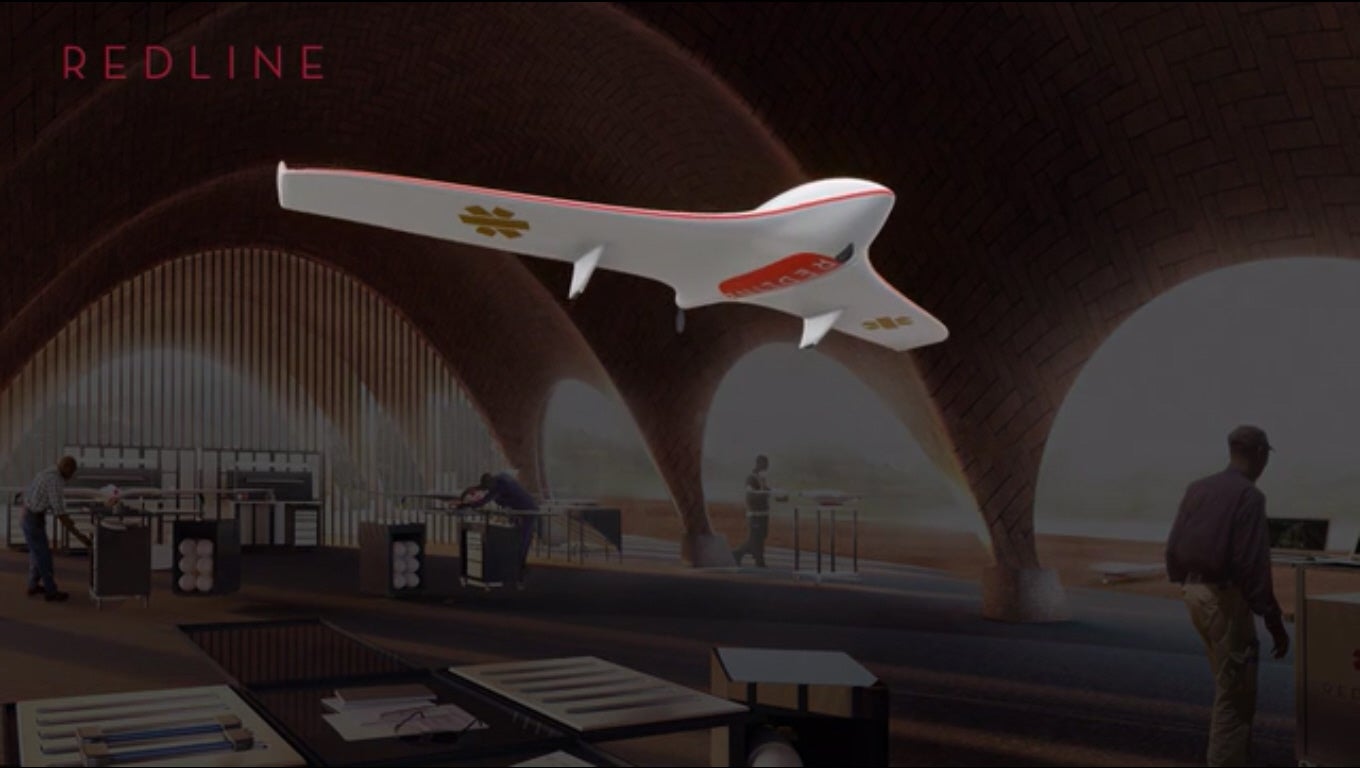 One big promise from drones is aerial delivery. Amazon is the best-known player in this space, whose concept would go from an online order to a doorstep package in 30 minutes. Suburban convenience is one area fro drone-based improvement, but hardly the only one. “RedLine”, a drone concept from novelist and former Economist foreign correspondent Jonathan Ledgard and Lord Norman Foster, is a drone cargo line for areas not served by airplanes.

The plan envisions simple, small, plane-like drones that can carry modest cargo to Africa. Yes, all of it — vaguely written about in big, broad terms.

In his description explaining the concept, Ledgard clarifies that the concept has applications beyond the continent, and specifically remote, rural areas like “Scottish Highlands, Quebec, or Siberia.” And Ledgard envisions that it will be cheap, hoping they can build “cargo drones for the cost of motorbikes and droneports for the price of petrol stations.”

Below, look at a video of the concept, as imagined in Rwanda.