A PSA On How Not To Fly Drones

Lessons from the guy who crashed a drone on live TV 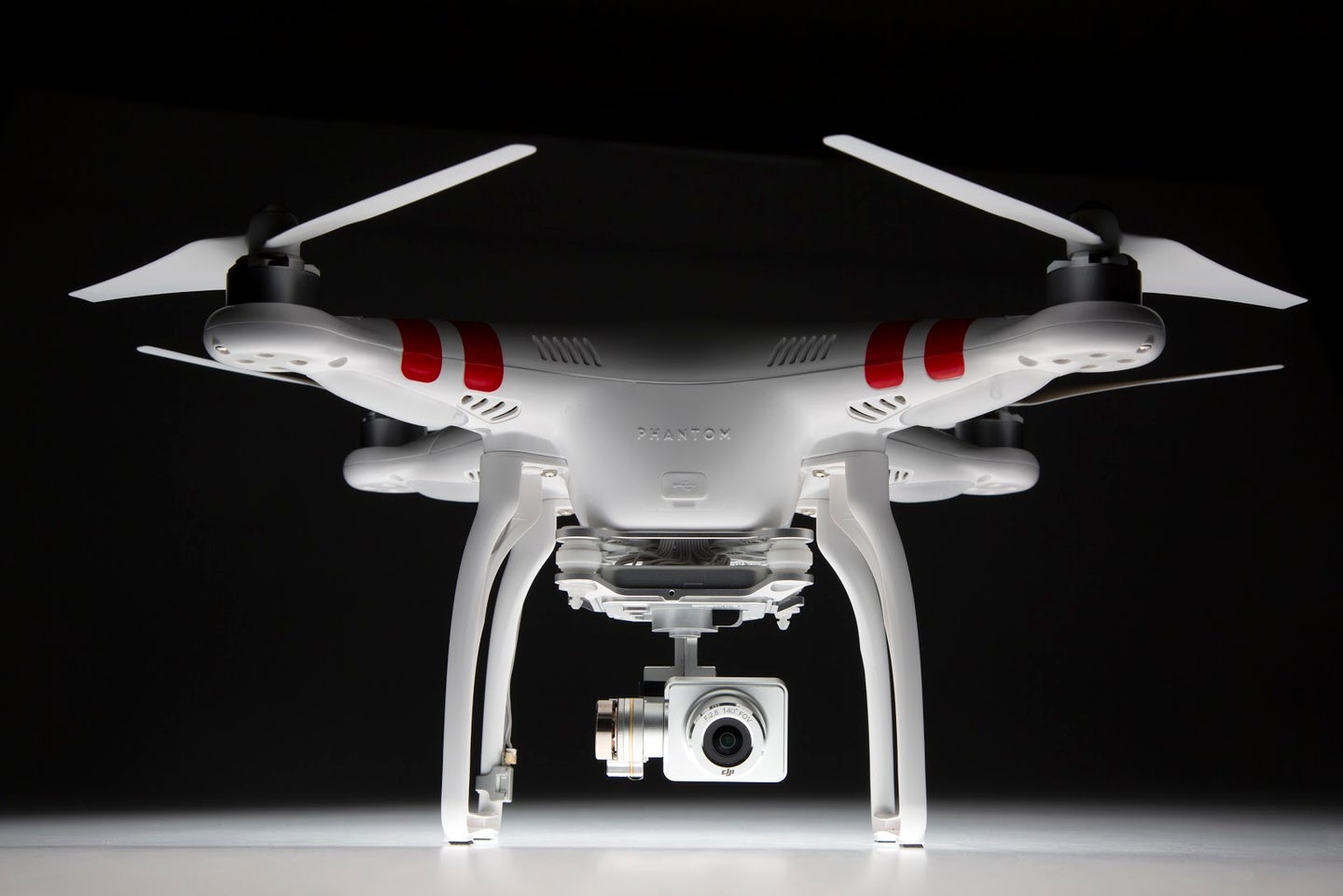 DJI's popular Phantom drones have been used in a growing number of illegal flights, including one that incited a soccer brawl in Serbia in October. DJI
SHARE

Yep, that’s me crashing a quadcoptor on live national television last week. Hovering one moment, careening into an innocent cameraman the next.

At Popular Science we talk, read, and write a lot about drones. We put them on our magazine covers and a few of us fly them. We see huge promise in the devices, and the communities that use them. So when Fox & Friends invited us on last week to talk drone safety, I agreed to help.

Here’s how it went down.

The night before the segment, a producer gave me a ring. Could I fly a drone in the studio for visual effect, she asked? Yes. I’m not a professional pilot, but I’m no slouch, either. I’ve flown a number of drones over the years, and–after a polishing up in the office the night before–I felt confident I could levitate one while answering a TV anchor’s questions. That was my first mistake.

The next morning, I arrived at the studio, DJI Phantom 2 Vision+ in hand, and walked the show’s engineer through the specifics. As I screwed in the propeller guards, I told him it’d create a lot of noise and wind. So, we’d need plenty of room, and I’d hover it for maybe 20-30 seconds before touching down. I also showed him the drone’s live video feed from a tablet. Could he film this? Yes, I said. Call that my second mistake.

Then came the segment. All was going well: I hovered the drone off the ground and Steve Doocy, one of the anchors, held my tablet for the cameras. Then things started going… not so well. Over the years, I’ve grown accustomed to a first-person flying view. By giving Doocy the tablet, I seriously compromised my flying abilities. After a few seconds of hovering, the drone started drifting toward a camera. I tried to rotate and move away, but instead sent it hurtling out of the studio lights and into the darkness. Not my best moment.

The cruel irony of crashing a drone during a TV segment about drone safety hasn’t escaped me. (Thanks for being kind, Gizmodo and CNET.) What’s worse: The DJI Phantom 2 Vision+ is essentially the same model a government worker crashed on the White House lawn in January. And he was drunk.

Regardless of how you feel toward government regulation of drone use, the reality is that safety is an issue, and we need to talk about it. Should we go on live TV and crash drones while doing so? Of course not.

In hindsight, I would have been wise to practice what I preached and study, for example, the “Know Before You Fly” campaign, which the AMA, AUVSI, Small UAV Coalition, and FAA pulled together last year in anticipation of everyone becoming a drone pilot after Christmas. It’s not the final word on safe drone operation–practice makes perfect–but it’s a good place to start before you even think of picking up a drone, much less fly one in front of millions of viewers.

Dave Mosher is the online director of Popular Science.