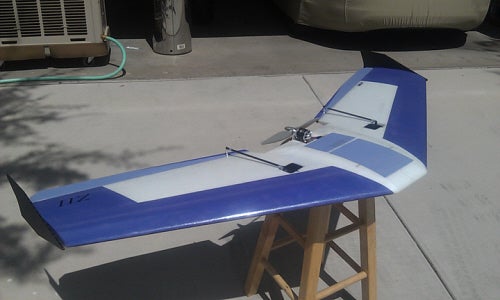 In the above video, a drone piloted by Austrian Raphael “Trappy” Pirker flew over, and filmed, the University of Virginia’s medical school campus. Pirker sold the video to an advertising company, which prompted the Federal Aviation Administration to file a $10,000 complaint against him. Yesterday, a federal judge in the case Pirker v Huerta (Huerta is the administrator of the FAA) ruled that the flight was legal, as the FAA did not have any explicit legal authority to prohibit such commercial use of a hobbyist airplane.

Commercial use of drones is a legal gray area. Model airplanes, radio controlled and flown within sight of the pilots, are legal, and have been for decades. In recent years, advances in video streaming technology, as well as reduced costs for aviation components, have enabled drones that can do far more than the model airplanes of the 20th century. One change in particular is that drones can now be piloted through first-person video, meaning the drone is neither out of sight nor within sight of pilot. And because the drone is recording video, the mere act of flying a drone includes producing film, which, before this latest ruling, was legal if kept by the pilot but illegal if sold.

The FAA is working on incorporating drones into U.S. airspace; the agency authorized six states as drone test sites in December, but the full plan for integration isn’t expected until 2020. In the meantime, the law was super vague, especially on three points directly relevant in the case of Pirker v Huerta: What’s the difference between a drone and a toy? Below what altitude does the FAA’s jurisdiction end? And what counts as piloting a vehicle?

The ruling in Pirker v Huerta primarily addresses the first point: the difference between a model aircraft and an aircraft. Here’s the relevant text from the ruling;

The ruling also clarifies that a 2005 memorandum within the FAA regarding unmanned aircraft isn’t sufficient as law the public is expected to obey, saying

Here is what this means: Until the FAA has a legal definition that distinguishes “model airplane” from “drone” (or, in the technical terms of the courts, “unmanned aircraft system”), the FAA cannot claim that internal memos grant legal authority to fine people for using drones. This is a victory for hobbyists that want to use drones as more than just recreational vehicles, and it sets an important precedent in drone law.

Of course, the battle isn’t over. As University of Washington law professor and robot expert Ryan Calo notes,

Pirker v Huerta is just the first ruling in what will be a long and gradual struggle to integrate robots into the skies. There are likely many more rulings to follow.