The Week In Drones: Cameras That Follow You, Retro Police Copters, And More 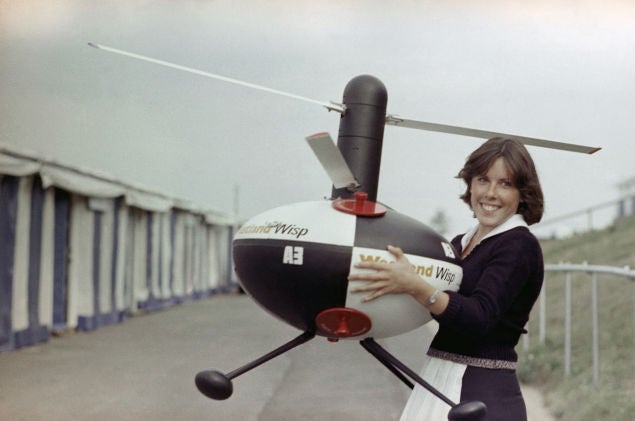 Spy From The Past

Paleofuture recently unearthed a police drone — from 1976. The Westland Wisp was a prototype surveillance drone designed for police work. Foreshadowing future drones, it could transmit regular video (and maybe infrared) images back to a control station. After the Wisp, Westland made two more drone helicopters, the Wideye and the Sharpeye.

Long rumored, it appears the feared arrival of a “peeping Tom with a drone” finally happened this week. In Seattle, a woman called police after seeing a drone hovering outside her window.

**Update: **It appears that while the drone was outside the window, its purpose was not capturing lewd photographs. Instead, the drone company was apparently trying to capture an aerial panoramic view for a developer.

Hexo+ is a drone that carries a camera and automatically follows a specified person. Currently a crazily well-funded project on kickstarter, the drone can fly at about 45 mph for 15 minutes. Set up with a smartphone app, the drone then follows and films a person with an attached camera. The end result? Awesome video footage of one’s jogging, and one annoying flying machine closer to a future of robot smog.

We’re living in a weird pre-regulatory limbo of drones before drone law. Particularly challenged for the Federal Aviation Administration are small drones and model airplanes, which until the past decade were largely indistinguishable. The FAA wants to keep model airplane hobbyists happy at the same time they tightly restrict all commercial uses of drones. This challenge is inherent in new guidelines the FAA put out this week for model airplane use. 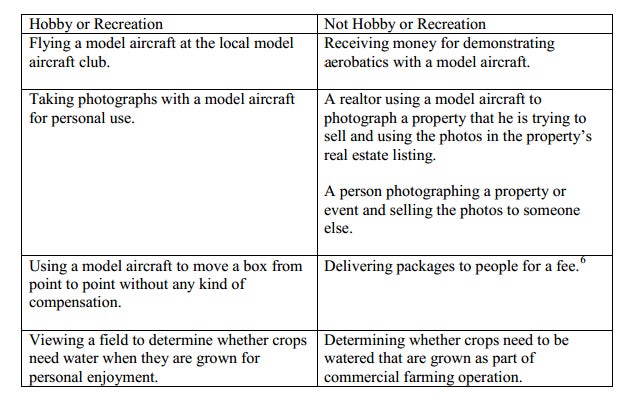 The most obvious impact of these rules are on drone delivery services, a common drone gimmick. More revealing is the first row, which says it’s okay to have model airplane clubs but not okay for those clubs to have contests with cash prizes. It’s good that the FAA is trying to regulate drones, but attempts like this to distinguish between hobbyist model airplanes and small drones have unintended consequences for both communities. 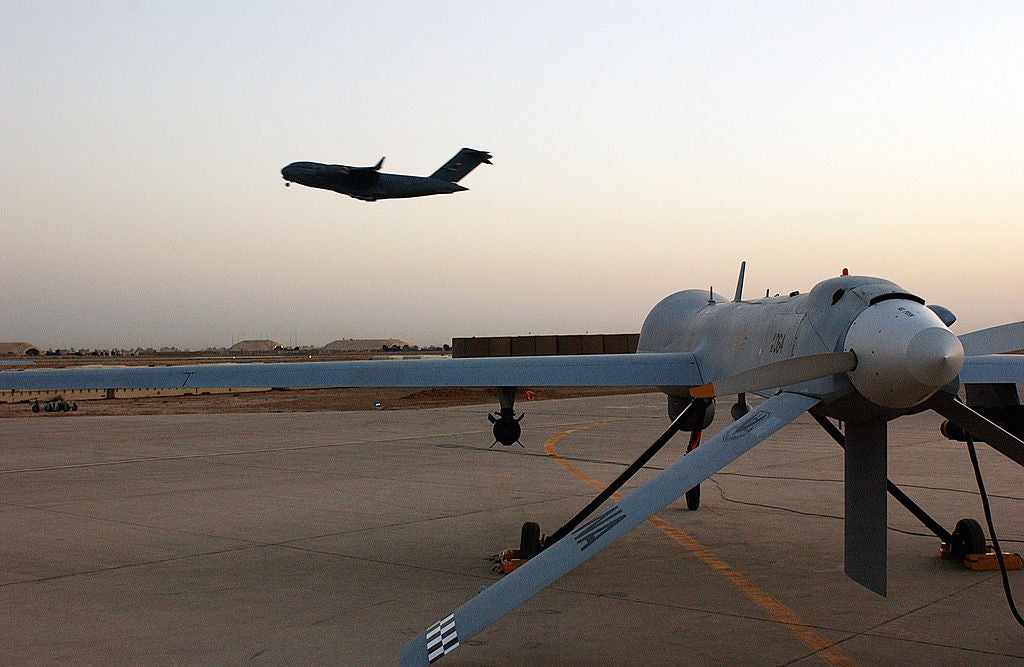 A Predator Drone Waits At Balad Air Base, Iraq. 2004

The United States revealed this week that, as part of their renewed presence in Iraq, they are flying armed Predator drones as part of reconnaissance efforts there. The drones are flying from bases in Kuwait, according to the Pentagon.

In related news, Stimson Center, a DC think tank, released an in-depth study of the role of drones and targeted killing. The report, co-authored by retired Army general John P. Abizaid and defense analyst Rosa Brooks, calls into question several of the myths concerning drones at war. Perhaps the biggest finding is that we don’t even know if drone strikes are working towards any strategic goals. The report states: