Failed airplane engine? Unconscious pilot? There's an app for that. 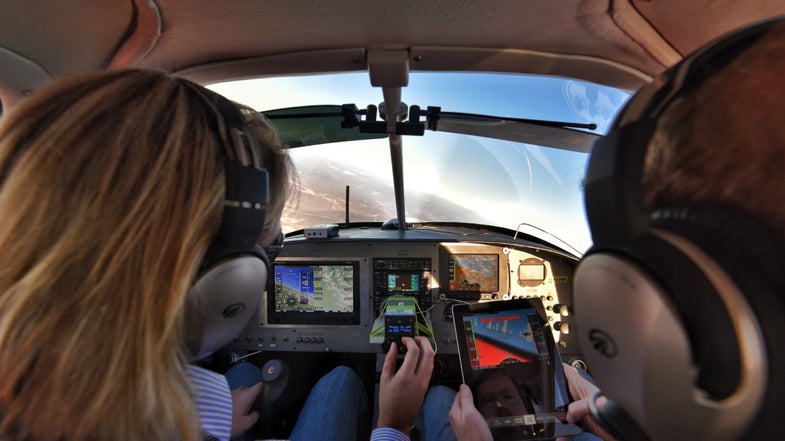 High above rural Arkansas, I’m jammed in the back of a small four-seat airplane. Andrew Barker pilots the aircraft while Austin Meyer sits beside him. Everything is going great—until the engine suddenly quits at 5,000 feet.

With a quick tap on his iPad, Meyer, creator of the popular flight simulator X-Plane, summons his app Xavion to rescue us.

The program already knows the closest airports that we can successfully glide to. In fact, it’s been tracking our entire flight and plotting a path to them. It also knows what kind of airplane we’re flying in (a Van’s Aircraft RV-10), what the weather is like outside (blues skies, gentle wind from the south), and all of the other data it needs relative to heading, airspeed, altitude, and position. 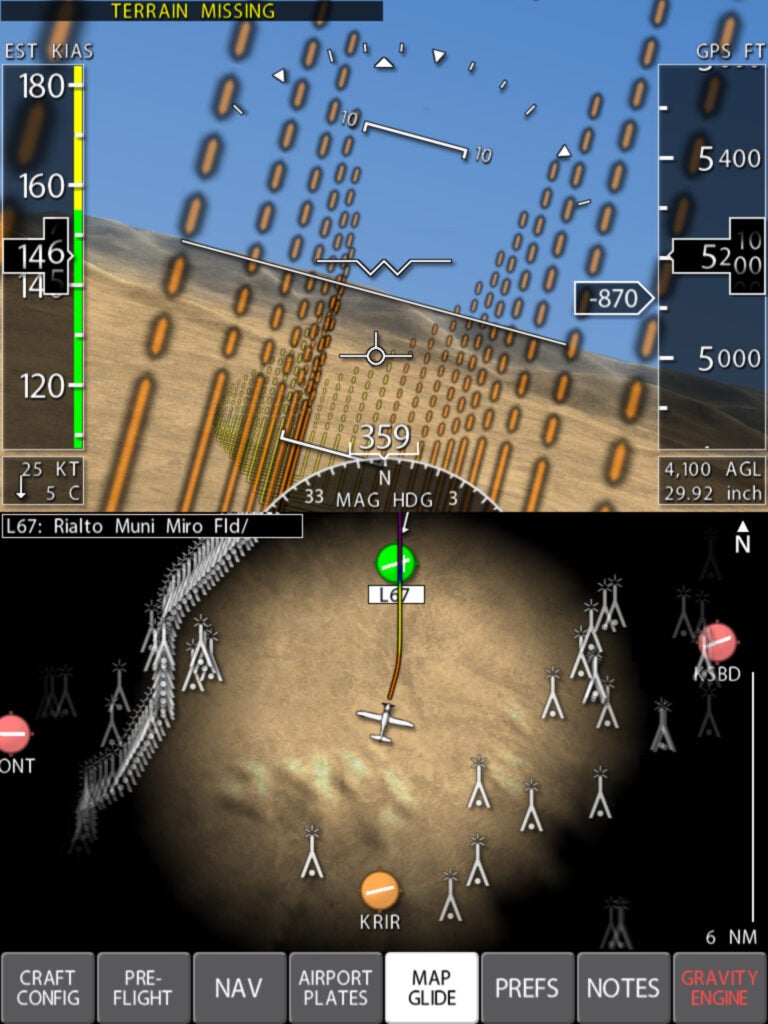 The interface of the app shows a gliding route to a nearby airport.

The app connects to the airplane’s autopilot via Wi-Fi and takes control. Using servos typically commanded by the autopilot (to move the airplane’s ailerons, elevator, and rudder), it banks us through the sky toward the nearest airport: Northwest Arkansas Regional Airport, near Fayetteville. The screen of Meyer’s iPad shows us flying through a sequence of virtual gates on the screen, together depicting the route to the runway. A scrolling map is in view, plus a smorgasbord of other useful information. In less than four minutes, we cross the threshold of the runway and touch down close to the centerline.

The iPad—God’s portable electronic gift for virtually every human endeavor—just landed our airplane in an emergency. Welcome to the app-friendly skies.

In reality, we were never doomed; this was all part of a planned test flight. Our aircraft’s engine was exceptionally well-maintained and Barker, our pilot, simply throttled back the engine to idle to simulate a failure.

Barker, CEO of TruTrak (which makes advanced autopilot systems for experimental and custom aircraft), worked with Meyer to fine-tune this autopilot integration before that functionality becomes available to pilots with experimental airplanes in a few weeks. The flight last Monday took Meyer’s app beyond a hypothetical and connected it to a computer-guided autopilot to see if it could indeed find an airport, calculate the best approach, and then bring an aircraft to the runway without human intervention.

“In practice, pilots would use this app to guide them down to just before the threshold of the runway,” Meyer says. “At that point, any pilot can take over and land the airplane. Our tests today took us practically all the way down to touchdown. If the pilot didn’t take over, he would have just had a hard landing, broken the landing gear, and everyone would have walked away.”

For safety reasons, Barker took over control just a few feet off the runway, in order to flare the airplane for a smooth landing. (He also controlled our descent speed by adjusting the pitch of the propeller blades, an “engine braking” strategy that you could still do in an engine-out scenario, as well.) From the back seat, it was startling to fully comprehend that he hadn’t been flying the airplane until that point—that everything was handled via that tablet. Yet I never once felt uncomfortable. The app handled the flight perfectly. 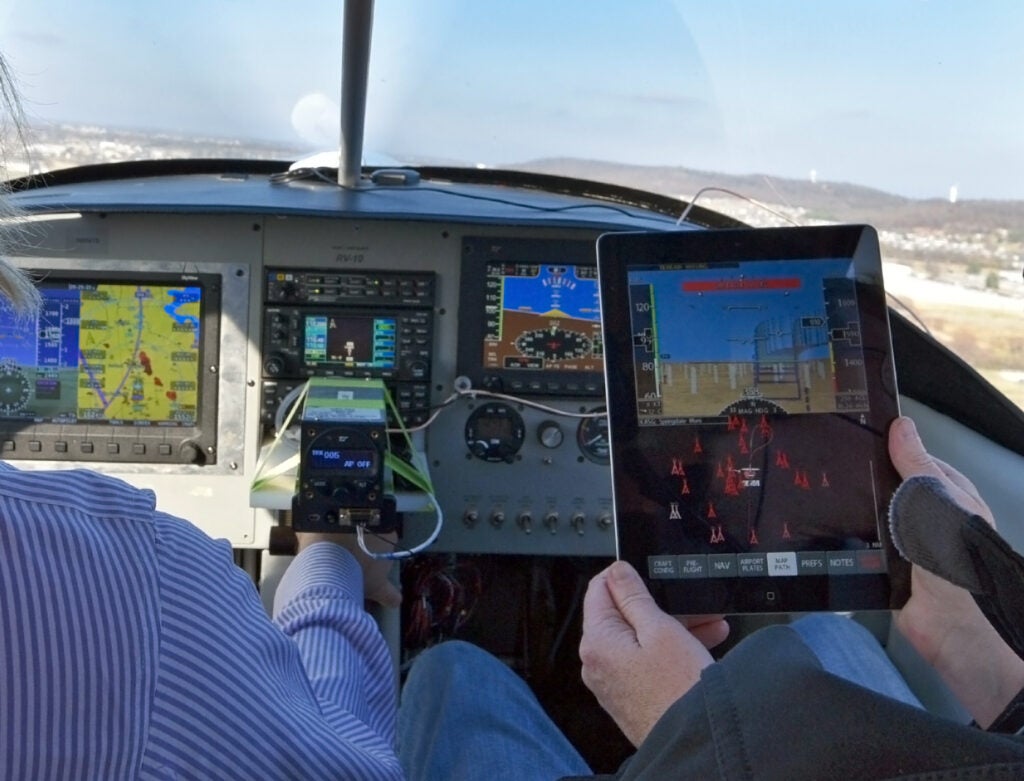 The Xavion iPad app connects via Wi-Fi to an airplane’s autopilot system.

Xavion made its debut in mid-2013, after Meyer tested it many thousands of times on his high-fidelity flight simulator X-Plane. The current app can provide routes and beacons to the nearest airport in an emergency—though the pilot still flies the aircraft all the way in. Even in that form, it’s a valuable safety enhancement that more than a thousand aviators, including commercial pilots, now routinely use. (Because it doesn’t connect with aircraft systems, it’s legal to operate the app as a backup while piloting.)

The new app functions as a something of a “virtual co-pilot,” as Meyer calls it, allowing pilots to focus on troubleshooting the problem, preparing for landing, and notifying emergency services, instead of losing valuable minutes trying to determine where to go, and whether you can even make it. “Any airplane in the world can use it like this,” Meyer says. “Not only will it tell you how to get to the airport, it will confirm if you are unable to make it entirely. That way, you don’t risk crashing into built-up areas around airports. You can set down in a field somewhere.”

For Ken Peppard, a retired aviation safety expert with a 40-year career at the Federal Aviation Administration and the National Transportation Safety Board—and an active general-aviation flyer—this app represents a huge leap forward for aviation safety.

“It’s not just engine failure. Say you have an electrical failure, or a medical emergency, or you suddenly find yourself in icing conditions and need to set it down right away,” Peppard told Popular Science. “This gives me advice and helps me make a decision—and that’s a big deal.” As for it being on an iPad, he says, there’s no downside to the portability. “So many of us rent airplanes. This ensures you’re always prepared, regardless of what equipment is installed on it.”

“Why would we need to spend $30,000 for an installed system on a small airplane when we can have the same thing for barely the cost of an iPad?”

Even prior to its autopilot upgrade, Xavion remains unprecedented. Commercial, military, and general-aviation systems don’t offer its sort of guidance—sure, they can find the nearest airport, but they won’t tell you if you can make it and the best route to maximize an unpowered glide. Why not? Because creating, testing, and certifying such a system via the FAA’s rules takes years and is wildly expensive—sometimes more than a million dollars. Developing the system for iPad, however, circumvents those rules. Meyer’s program can’t be installed into an aircraft’s built-in systems, but it can be used by pilots at their discretion.

When the updated version of the app rolls out later this month, it will allow pilots with the TruTrak systems to connect their iPads and be assured that if trouble strikes, this app has their back. When used with an iPhone 6, which has a built-in barometer, the app can even detect cabin depressurization. If the airplane flies too high, the app will alert the pilot to the problem and, if he or she doesn’t react within 60 seconds, it will automatically descend the airplane to a safe altitude, at which point the pilot should revive. Such technology might have prevented many accidents involving cabin depressurization, including the crash of golfer Payne Stewart’s business jet in 1999.

Xavion represents a challenging new paradigm for aviation. “There’s quite a dogfight going on now about the certification process in aviation,” Peppard notes. “Why would we need to spend $30,000 for an installed system on a small airplane when we can have the same thing for barely the cost of an iPad? It’s something the FAA and the industry will have to react to.”

Indeed, in our flight test above Arkansas, it certainly did feel as though we were at the cutting edge of aviation—not the big guys. As we glided down to a safe touchdown during the test flight, I could only marvel at what I’d just experienced: an iPad landing an airplane. Cool. 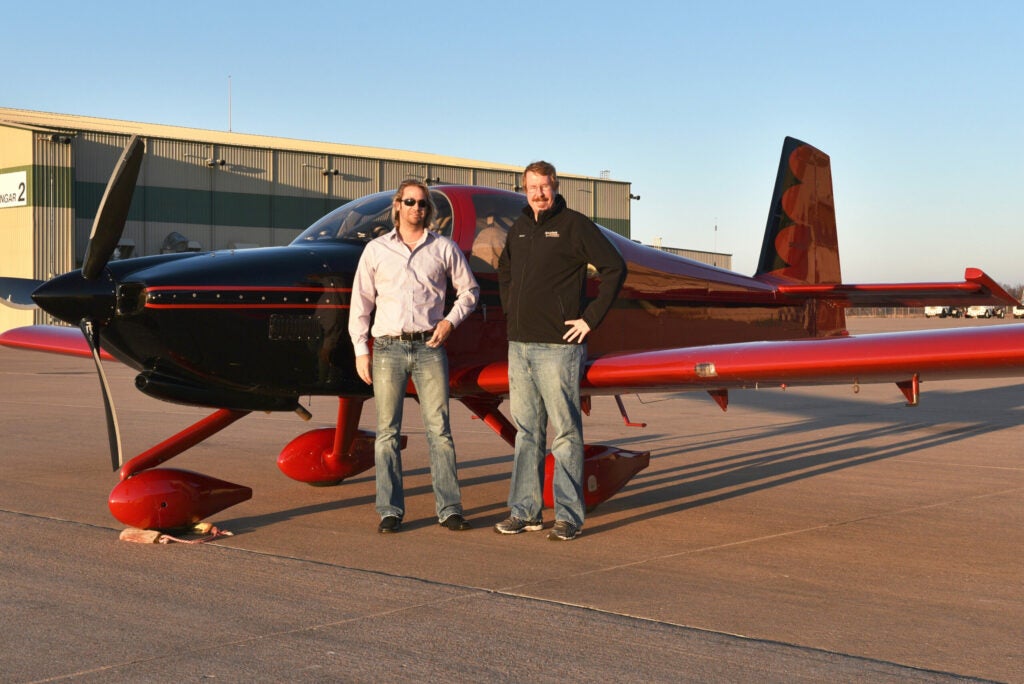