The Government Wants To Register Drones 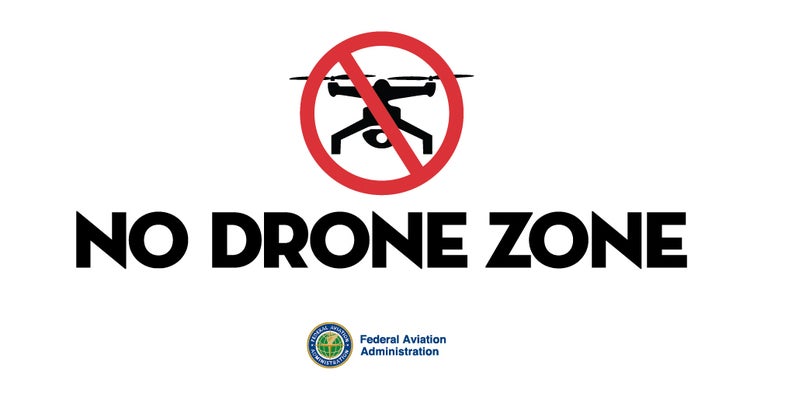 Drones were supposed to be a revolution. In the last decade, decreasing costs and greater availability of small, remotely controlled unmanned flying machines promised a new era of public safety, rescue work, agricultural efficiency, aerial photography, and amateur dentistry. (Okay, maybe not that last one). But whatever technological frontier the early drone age was supposed to be is now heading toward an end. Today, the Department of Transportation announced it wants to start registering drones.

There are many still-open questions on what registration means. It’s not clear who will have to register, or what that process will be like, but that will be decided next month.

Drone regulation was always coming. In 2012, when Congress passed a bill reauthorizing the FAA, it required the administration to come up with a roadmap for legal drones in American skies. The deadline was set for September 30th, 2015, and the while the FAA proposed new rules this past winter, the administration missed that deadline. Until those regulations are formalized and adopted, the FAA has regulated the commercial use of drones on a case-by-case basis, with drone-users, businesses, and researchers applying for permission to fly, and the FAA granting those permissions, sometimes with further restrictions. It hasn’t always worked out well.

Today marks the beginning of the end of this ad-hoc regime. In a statement published this afternoon, Transportation Secretary Anthony Foxx announced the creation of a task force that “will advise the Department on which aircraft should be exempt from registration due to a low safety risk, including toys and certain other small [Unmanned Aerial Systems]. The task force also will explore options for a streamlined system that would make registration less burdensome for commercial UAS operators.”

Immediately after this announcement, drone industry lobbying group the Association for Unmanned Vehicle Systems International announced they joined this task force, noting “Under the FAA’s proposed small UAS rules released earlier this year, commercial operators would be required to register their platforms. Extending this requirement to other UAS users will help promote responsibility and safety.”

The Academy of Model Aeronautics, a group that represents model airplane enthusiasts, is also on the task force. There statement was somewhat more cautious. It reads, in part:

The task force is set to deliver its report by November 20th, and in a press conference Foxx said the drone registration rules will be set up by mid-December. The approach towards registration comes following FAA reports on high numbers of drone encounters with crewed aircraft, though those reports are disputed.

With regulation and registration comes an end to the unruly infancy of drones in American skies. If handled well, the Department of Transportation can meet the safety needs of everyone in America’s skies without stifling a new industry.