The Week In Drones: Flying Cameras At The Olympics, A Corvette Sinkhole, And More 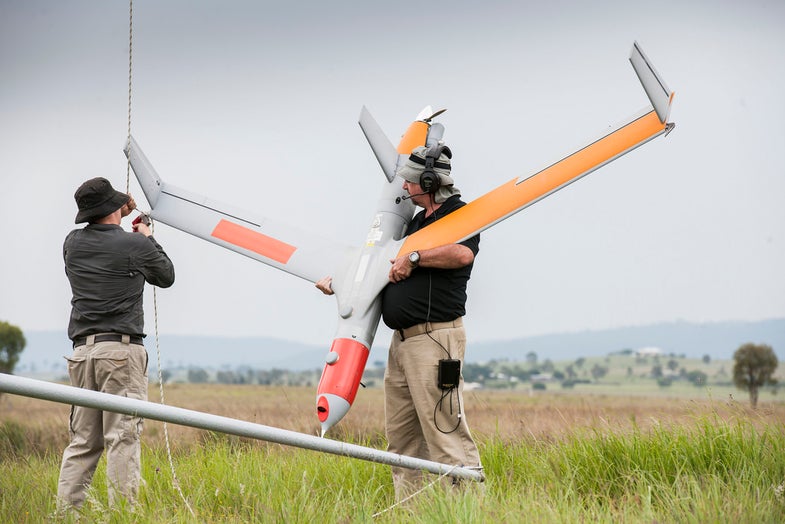 Metadata+ is a smartphone app that alerts users to the time and location of drone strikes conducted by the United States. For each strike, it displays a brief sentence about the victims (“Tariq, 16, and Wahid, 12, were driving to pick up their aunt. A drone ended their journey.”) and adds a pin to a drone strike map. The app’s name comes from the peripheral information generated by communication, such as the location of a cell phone call, or the IP address for sending an email. According to a report published Monday by The Intercept, metadata is also the key way targets for drone strikes are detected.

On Wednesday, a 40-foot-wide, 30-foot-deep sinkhole opened up at the National Corvette Museum in Kentucky. Eight Corvettes fell into the hole. To explore the pit, the University of Western Kentucky’s engineering department wisely sent in a drone instead of a human. The Wall Street Journal obtained the video, which nicely skirts FAA rules against commercial use of drone photography. In the video, the drone’s rotors are audible, and two of its legs can be seen. Also visible: a giant, scary sinkhole and a bunch of fancy cars.

Thanks to their low cost, ease of use, and ability to get “higher than a crane but lower than a helicopter,” drones with cameras are filming some events at the Sochi Olympics. The Associated Press ran a Q and A about this drone filming. Here’s the best question/answer pair:

Researchers in Australia are developing a system in which drones can detect potential mid-air collisions. Drones of the future (and those used in regular airspace) will need to be able to both sense and avoid other flying objects. In a recent test conducted by Queensland Unmanned Aircraft System researchers, a ScanEagle drone detected when an aircraft was coming straight for it and then alerted a pilot on the ground, who steered the drone out of the way. How did they set up a collision? A human pilot in a single-engine Cessna flew right at the ScanEagle. Thanks, Australia.

Good Deeds, on the Cheap

The Drone Social Innovation Award is a competition that honors the best use of an inexpensive drone to improve a community, whether it’s tracking pygmy rabbit populations, helping emergency responders, or helping children on the autism spectrum to see new perspectives. The competition has a prize of $10,000, and the drones must not cost more than $3,000. Submissions opened January 1st and will close June 20th, 2014, with a winner selected in July. Neat!