Ban Drones From Your Airspace With NoFlyZone 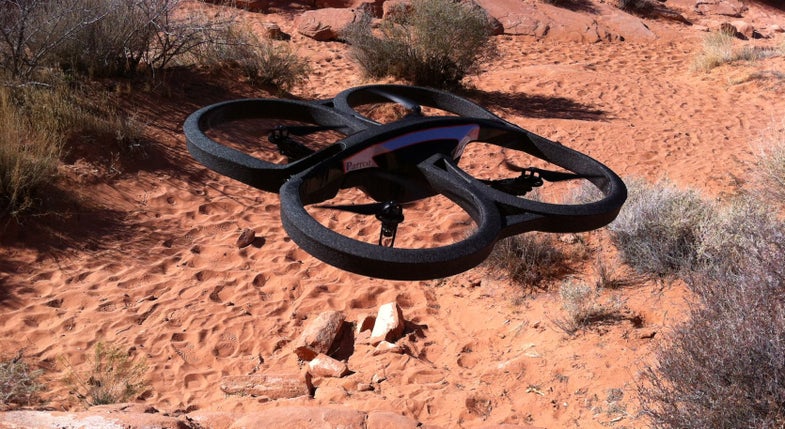 NoFlyZone is a company with a strange mission: restrict where drones can fly. People who don’t want drones over their houses can go to the company’s website and register their address. NoFlyZone will add geographic coordinates and the corners of the property to their database. Once a month, NoFlyZone sends out updated information of these addresses to partner companies in the drone industry, so they can hard-code privacy protections into their product. Launched Tuesday, the database is an attempt to proactively self-regulate drones.

Ironically, the company’s ultimate goal is to promote drone use. “When I meet people out somewhere that see me flying a drone, I show them how to fly it, I let them fly it,” NoFlyZone CEO Ben Marcus tells Popular Science. “Many of those people would enjoy flying it and landing it. They would say it was very fun but ask, ‘What about the privacy?'” Last week, a Reuters poll of 2,000 Americans found that 73 percent of respondents said they favored additional regulation on drones, and 42 percent said they were opposed to private drone ownership.

Marcus sees a bright future ahead for the drone industry, expecting that “in 10 years, we think drones are going to be something everyday people take for granted the way we take cellphones for granted today.” In order to get to that point, people have to be comfortable with drones, and Marcus says privacy is the first step–but not through legislation. “I think that privacy laws can only go so far. Privacy laws are technology agnostic, and I think they should stay that way,” he says.

Instead, Marcus supports geofencing, where drones are coded with hard boundaries that they can’t pass. If the onboard GPS registers a certain off-limits location, a geofenced drone should stop at the edge. This isn’t unheard of in drones; after a drunk pilot crashed a DJI Phantom on the White House lawn, DJI announced a firmware update that would prevent all future DJI drones from flying within a 15.5 mile radius of Washington, D.C. If companies choose to use NoFlyZone’s list, then their drones won’t be able to fly over the addresses registered in the database.

The DJI restriction update was limited, however, by an important issue: Many drones already sold aren’t connected to the Internet, so if their owners choose not to update their firmware, then the drones won’t have the new restriction added in. That restriction will be less of a problem in the future if more and more drones are connected to the Internet, and Marcus expects they will be. Two drone operating system developers, DroneDeploy and PixiePath, have already partnered with NoFlyZone, and since they’re cloud-based, getting updates online isn’t a problem at all.

Like many things drone-related, NoFlyZone borrows a military term and turns it into a civilian purpose. In military circles, a “No Fly Zone” is an area marked on a map where an Air Force patrols, shooting down any enemy aircraft so that the civilians on the ground are safe from aerial attack. “I believe in naming things as closely as possible to what they actually do,” says Marcus. “The terminology has been around for a long; I remember hearing the term from the Gulf War in 1992. It’s a term that I think is well understood.”

If NoFlyZone takes off, people can register to keep their homes free of hostile intruders. Later, NoFlyZone hopes to add in the option for people to let in certain drones for delivery while excluding others. Taken as a whole project, NoFlyZone is envisioned as an opt-in alternative for individuals who wish to protect their own privacy, without the need for an FAA mandate that does so. “By in large I’m in favor of self regulation,” says Marcus. To the extent that people can work things out between one another without laws that’s better.”