It's the strongest bio-inspired, waterproof adhesive yet. 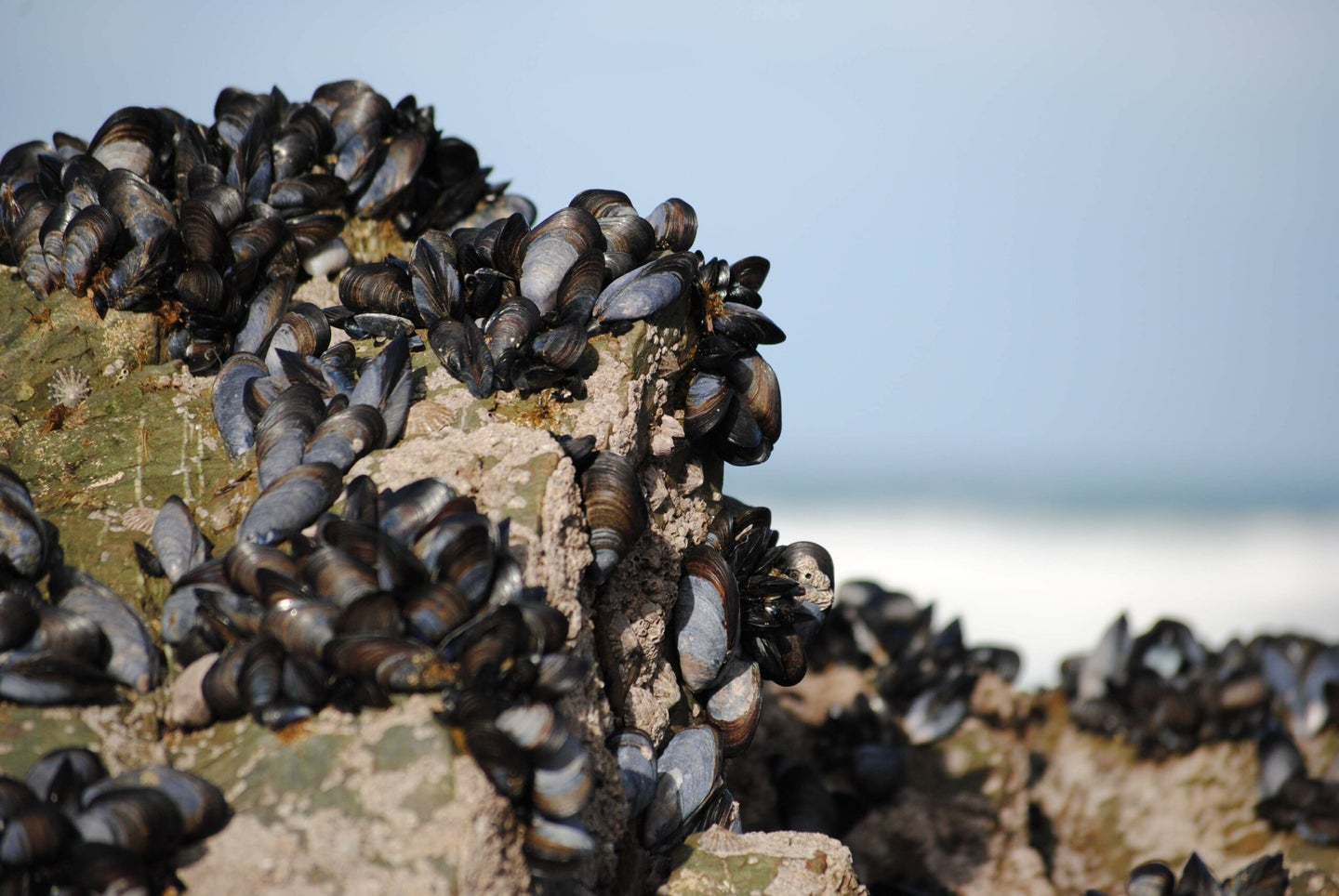 There’s a new prototype glue that sticks like mussels to a rock—literally. The glue, which works underwater, incorporates proteins that mussels normally use to adhere to rocks, jetties, and larger sea critters. But the manmade adhesive isn’t an exact replica of mussel glue. Its ingredients also include proteins that E. coli produce when they make slime colonies. The result is the strongest bio-inspired adhesive that works underwater, according to the glue’s engineers.

It might also be the grossest-sounding adhesive ever, but we’re not here to judge.

In the future, adhesives that work underwater might be used to repair ships or undersea structures. Or they might find their way into medicine–surgeons are on the lookout for something that’s able to bind wounds in wet conditions. This mussel-inspired glue is still a long way from practical applications, however. Its creators, a team of engineers from MIT, aren’t yet able to make large amounts of it. But the story of how they came up with it in the first place is a glimpse into how practical adhesives might be prepared in the future. 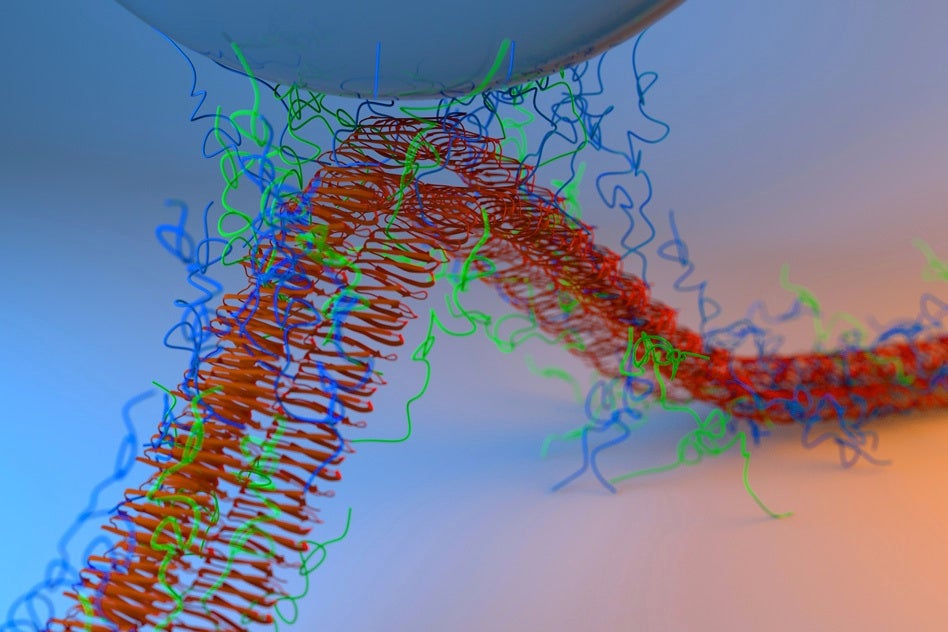 Illustration Showing the Molecular Structure of a Mussel-Inspired Glue

You can see a strand of the glue sticking to a rounded, silica tip that researcher use to test its adhesiveness.

The researchers chose their glue’s proteins from a database of animal- and plant-made sticky molecules that scientists have compiled over decades of research. Then, when the engineers wanted to experiment with their chosen proteins, they didn’t harvest it from mussels. Instead, they genetically engineered E. coli bacteria to make the two proteins they wanted. The resulting proteins were a sort of hybrid between the mussel proteins and the bacteria’s biofilm protein. When researchers mixed the engineered proteins together in equal proportions, they became a glue.

To check the glue’s properties, its makers tested how well it stuck to silica, gold, and polysterene, a manmade material that goes into Styrofoam. They examined the glue’s molecular structure under a microscope, to learn how its protein ingredients work together to adhere. The final glue is 1.5 times stickier than natural mussel glue, the team found. It also works in neutral and basic liquids, but not so well in acidic liquids.

The team published its work yesterday in the journal Nature Nanotechnology.