Using Nanoparticles And Mussel Glue To Clean Up Oil Spills 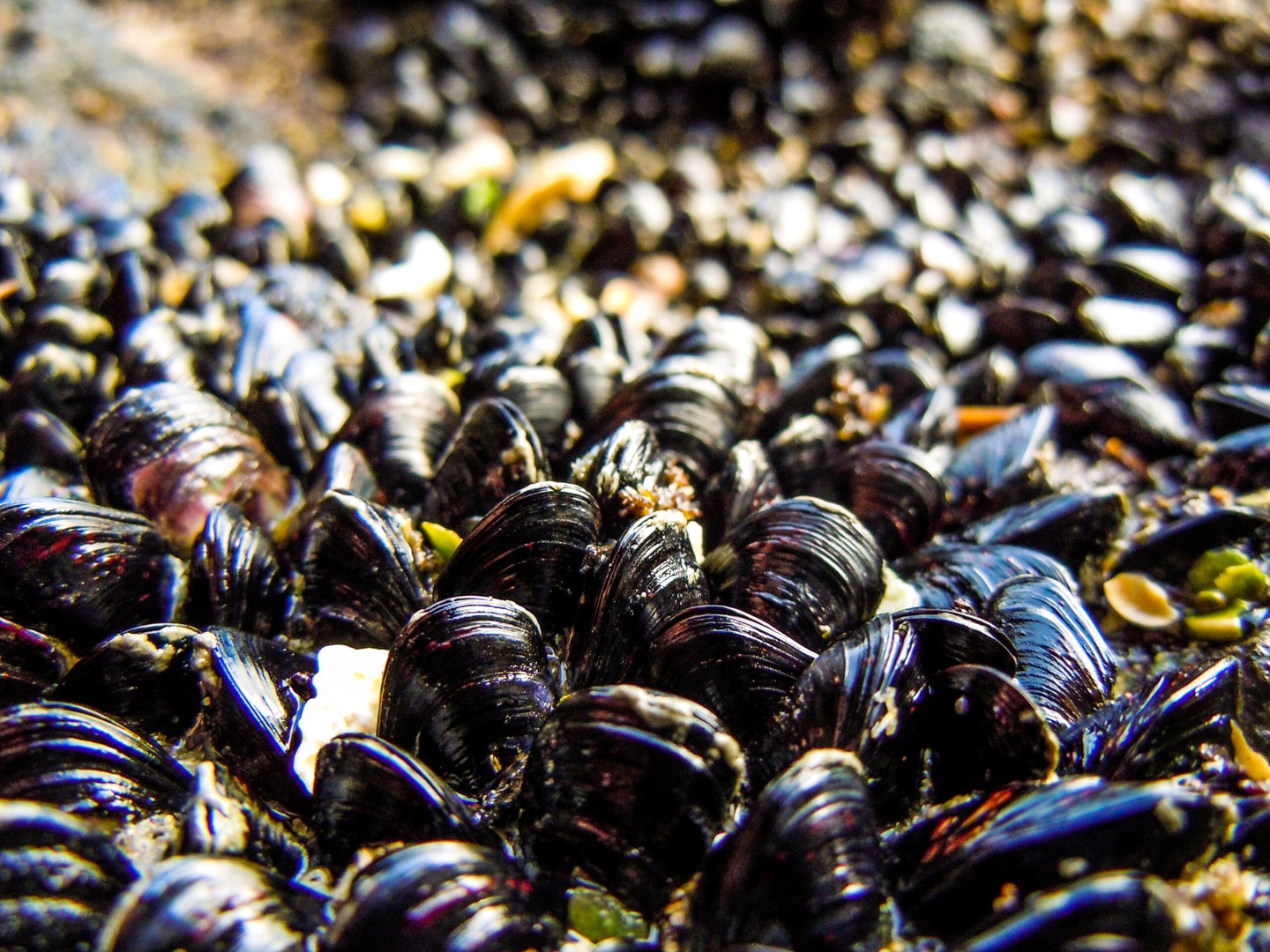 If you’ve ever eaten a cheeseburger and accidentally dropped some of its greasy contents on your favorite t-shirt, you have borne witness to cotton’s great (and sometimes unfortunate) ability to absorb oil. Researchers at Beifang University of Nationalities, China, have created a superhydrophobic cotton fiber inspired by marine mussel’s stickiness, which could have future applications in large-scale oil spill cleanups.

This isn’t the first time researchers have taken inspiration from the mussel’s clingy nature. In 2014, engineers at MIT replicated mussel’s super glue by using proteins generated by E-coli, and developed the strongest bio-inspired adhesive that works underwater.

Current technology for cleaning up oil spills is Polypropylene. This buoyant, synthetic chemical helps create a barrier to contain oil spills, but it can only absorb about 16 grams of oil per gram of material. Natural fibers such as raw cotton can absorb about twice as much crude oil. However, since natural fibers don’t float well, absorb too much water, and are not easily reused, it limits its practical use. In a new study to be published in December in Industrial Crops and Products, researchers mimicked marine mussel’s “foot protein,” the glue that allows it to stick to difficult surfaces, using it to create a superhydrophobic cotton fiber. This enhanced fiber is not only incredibly absorbent and buoyant, but highly recyclable.

“Frequent oil spill accidents from oil production and transportation result in severe damage to the ecosystems,” says Jintao Wang, lead author of the study. Because this new material is renewable and biodegradable, Wang believes that it could become a commercially used product.

The team glued nanoparticles to the surface of cotton by dipping it in a chemical solution containing polydopamine, which is chemically similar to the mussel’s sticky “foot protein.” They then took the fiber and dipped it into different oils such as toluene, linseed oil, and crude oil, before draining it, wiping it of excess oil, and weighing to see how much oil it had absorbed.

This new cotton fiber showed what a bit of mussel power could do. The new nanoparticle-treated cotton outperformed regular cotton in every way. It made the fiber superhydrophobic, which limited water pickup and increased its buoyancy. The increased surface area also allowed the cotton fiber to absorb 53 grams of crude oil per gram of material — more than three times as much as polypropylene, and almost twice as much as raw cotton fiber. The glue also increased oil retention by roughening the surface of the fiber, which prevented the absorbed oil from slipping out. Most importantly, the imitated mussel “foot protein” was so good at clinging the nanoparticles onto the cotton’s surface that the fiber could be recycled up to 80 times without losing oil sorption capacity. This could lower the cost of oil spill cleanups, the paper says.

But it’s a long way from proof of concept to an actual product. Seshadri Ramkuma, a professor in the Department of Environmental Toxicology at Texas Tech University who was not involved in the study, said he has doubts about whether the production of this modified cotton fiber could be scaled up for commercial use any time soon. Cotton fiber is expensive compared to polypropylene, he says, and adding nanoparticles as well as the chemical process to glue it to the fiber only further increases the costs.

“It is very good science, which I don’t deny, but from a commercial point of view the cost will be an issue,” he says.

Not only would the researchers need to show that this process could be scaled up and cost effective, says Ramkuma, but because they are involving nanoparticles the potential toxicity of them leaching into aquatic environments would need to be evaluated.

Wang agrees that a lot of work needs to be done before this superhydrophobic cotton could be used for large scale oil spill cleanups, but says that neither the nanoparticles nor the chemicals to glue them to the cotton fiber pose any ecological threat. However, he says that this enhanced cotton fiber is cost effective enough, efficient enough, and recyclable enough to replace polypropylene one day.