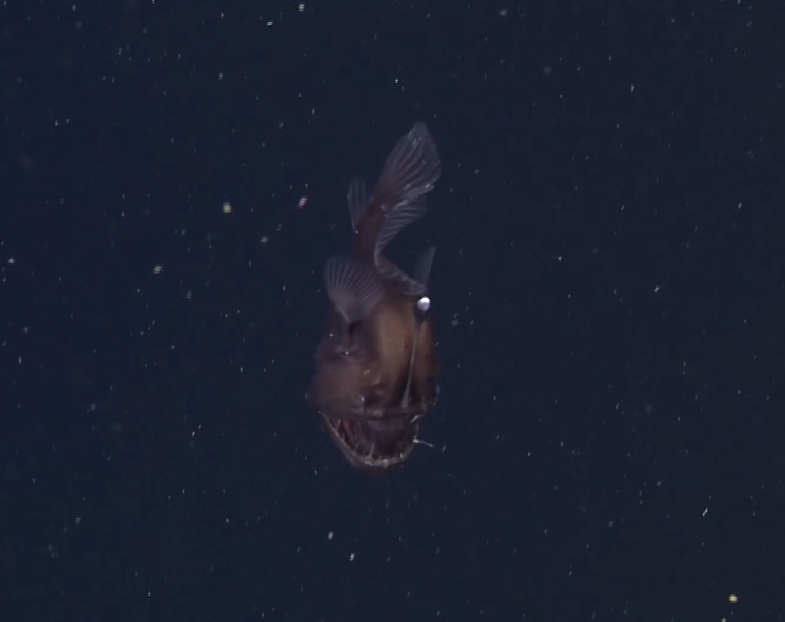 Earlier this month, scientists observed the black seadevil species of anglerfish alive in its natural habitat for the first time.

You might recognize this sort of bony monster from Finding Nemo. One of them nearly swallows Marlin and Dory after luring them toward its gruesome jaws with the pretty bauble dangling from its forehead. It turns out, Pixar was pretty on point in that scene. Anglerfish hunt with their glowing protrusions in the deep sea, where they are rarely spotted. 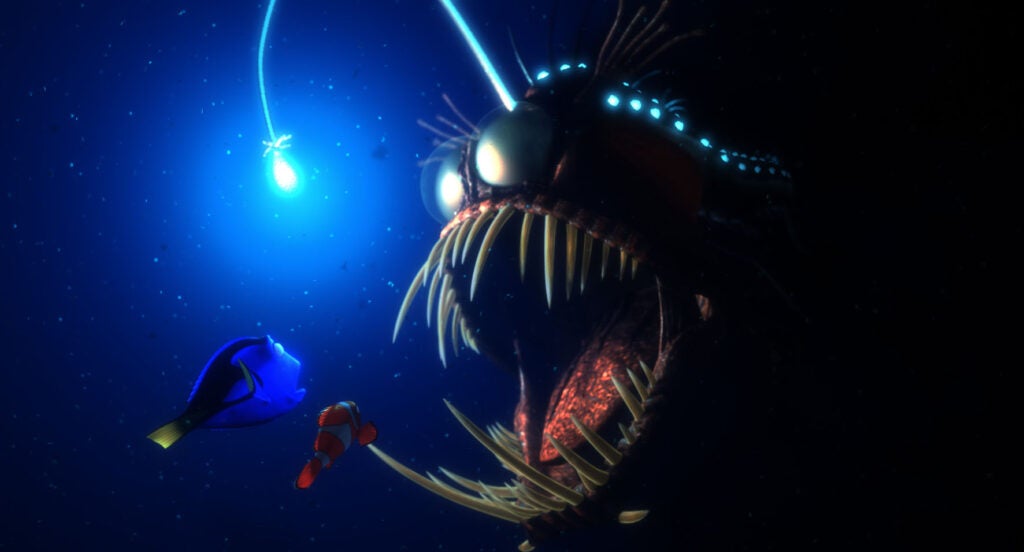 According to the Monterey Bay Aquarium Research Institute (MBARI) in California, the group responsible for this footage, fewer than half a dozen anglerfish have ever been recorded in their natural habitats.

As the video notes, this anglerfish is a female—males are much smaller and lead very different life cycles. For more on that weirdness, we refer you to this illustrated guide from The Oatmeal.