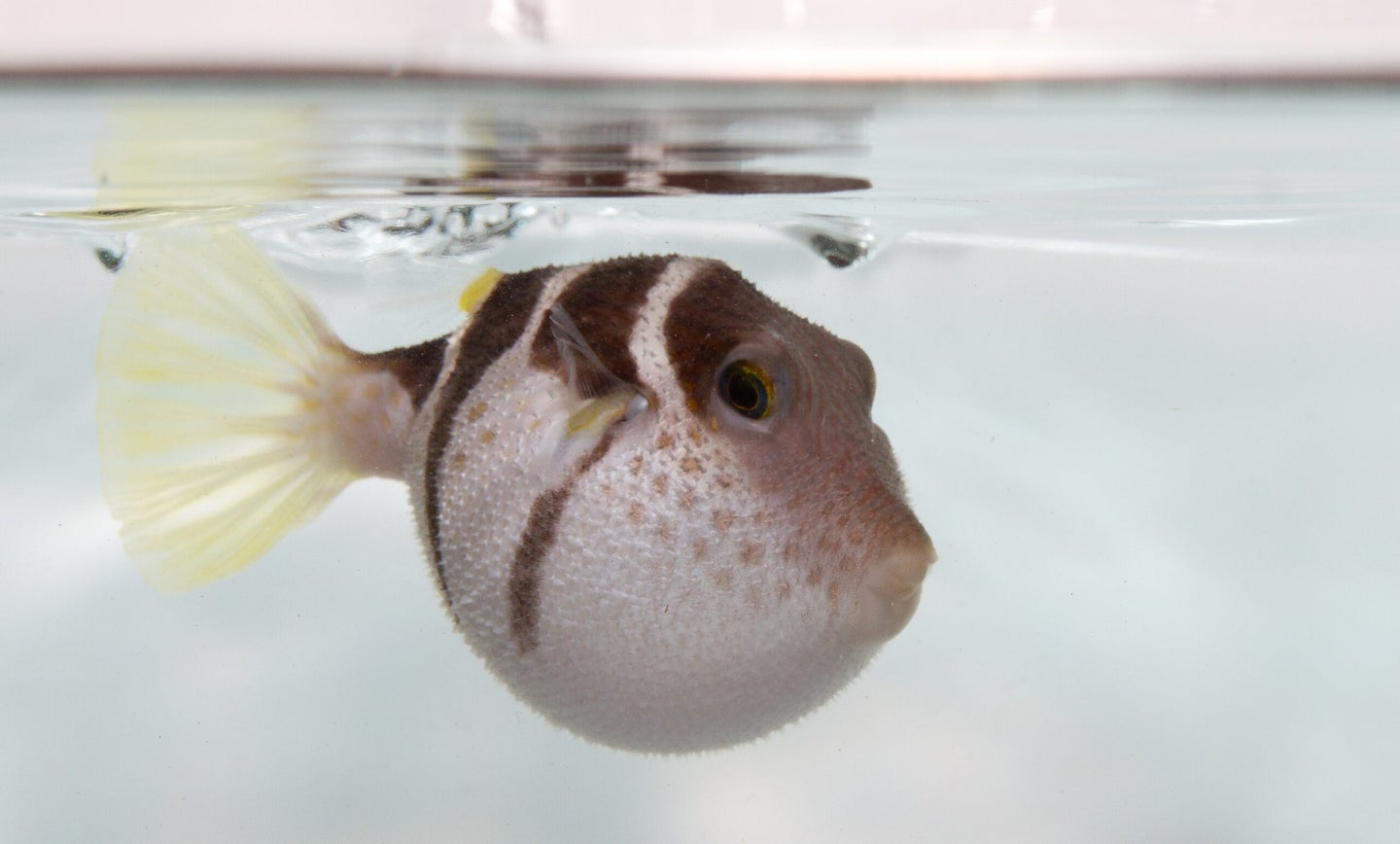 Yes, this sounds exactly like the kind of explanation you make up on-the-spot when your five-year-old asks, “What makes the fishie puff?” and you just bought her that ice cream cone you told her she couldn’t have, and now you can’t afford to lose any more credibility. (“But then how does it breathe?” “Through its skin, dear!”) The idea that pufferfish hold their breath came in part from observing a species called the Obscure pufferfish, which keeps its gill-flap closed while inflated.

To check this assumption, biologists Georgia Evelyn McGee of James Cook University and Timothy Darren Clark of the Australian Institute of Marine Science putted out into Australia’s Great Barrier Reef. They netted eight black-saddled pufferfish and took them back to the Australian Institute of Marine Science. At the institute, the biologists put their fish into custom-built respirometers and then simulated the presence of a predator by applying light suction to the fish and squeezing them gently. That does sound pretty creepy, from a pufferfish point of view. All the fish puffed in the usual way, by gulping water into their stomachs. 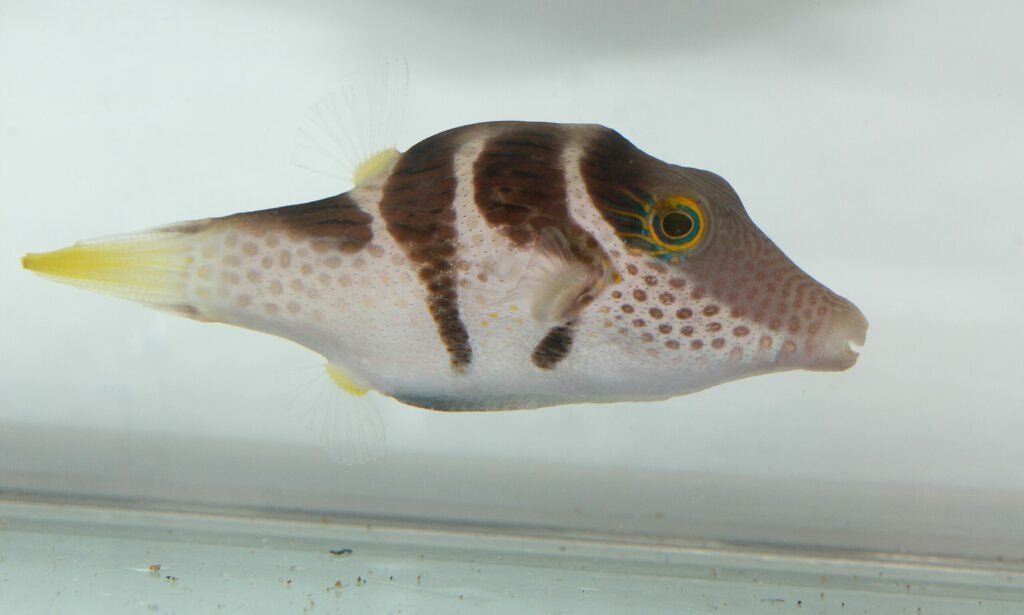 So pufferfish aren’t necessarily slowly fainting while they’re puffed. Still, it’s not nice to make them inflate. After inflating, McGee and Clark’s fish took an average of five hours and 36 minutes for their metabolisms to return to normal. Experiments performed in other pufferfish species show they get so tired from repeated puffing, they can’t do it anymore after three to eight times in a row. Tell that to the next kid you see tapping on the glass at the aquarium.