Why Fabien Cousteau Wants To Build An Underwater City

With 95 percent of the ocean unexplored, scientists barely understand life beneath the waves. 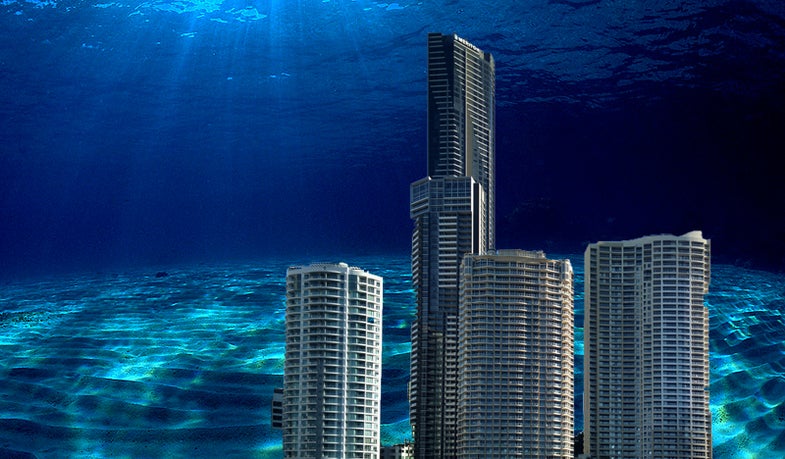 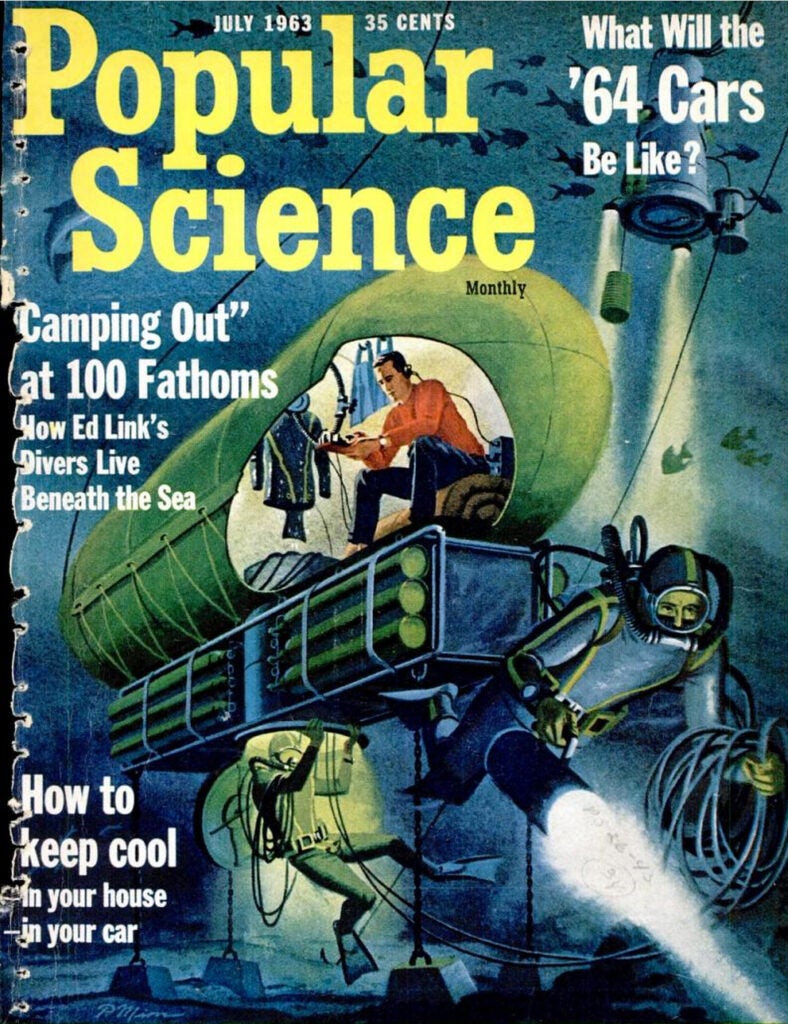 In the July 1963 issue of Popular Science, we detailed the work of Jacques Cousteau, an oceanographer who was building the Conshelf II — an underwater habitat where he would set a world record living under the sea for 30 days. At the time,Cousteau predicted that “within 50 years a new breed of humans—Homo aquaticus, the Water Man—will live under water without an air supply.”

Although artificial gills never made it out to sea, Cousteau’s dream of living underwater is not dead. Recently, at a summit in New York City, Fabien Cousteau (grandson of Jacques) announced his intentions to build a city under the sea. “I’m here to help pioneer the next underwater cities, which will be completely self-sustaining, to tend a network of information and data gathering.”

In the 1960s, scientists built loads of underwater research labs. Those labs are almost all defunct now. While there’s some talk of building new underwater hotels, such as the Poseidon Undersea Resort in Fiji, those projects always seem to be just a few years from completion. Cousteau’s vision could turn out to be just another pipe dream, but he says we have the technology to make it work. All that’s needed is the funding.

“I’m here to help pioneer the next underwater cities, which will be completely self-sustaining.”

Fabien Cousteau recently broke his grandfather’s record, living 31 days in the world’s only undersea laboratory, Aquarius, in the Florida Keys. He says the stay gave him “the luxury of time to explore our planet’s final frontier.”

Swimming down from the surface limits the time a diver can spend deep underwater. The high pressure of all that water forces extra gas to dissolve in the diver’s bloodstream, and if the diver resurfaces too quickly, nitrogen can bubble out of the blood, leading to decompression sickness or even death. So every time the diver swims to the surface to eat, sleep, or get a new oxygen tank, she needs to set aside several hours to decompress slowly. But because Cousteau and his team were living underwater, there were no pressure differences to deal with, and they could pop outside anytime and swim around for five to twelve hours at a time.

During his life aquatic, Cousteau says he was able to understand underwater ecosystems as never before, while gathering data and observing endangered species (like the goliath grouper, which can weigh up to 800 pounds). “In the 31 days that we were down below, we gathered data related to climate change, acidification, pollution, and overuse of natural resources, which will be used in 12 scientific papers,” he says.

To date, scientists have explored less than five percent of the oceans, and Cousteau thinks that only by being ‘immersed’ in the ocean—living there full-time—can we begin to understand it.

His 31-day stint in Aquarius has also given him some ideas as to how to make underwater living easier on humans.

“Aquarius is an antique,” Cousteau told Popular Science. The lab was built in the 1960s. It was only intended for week-long missions, and it relies heavily on supplies from the surface. “My dream, which I hope will come to fruition down the road, is to build a real-life Atlantis, where it’s completely self-sustaining, with little or no support from the surface.”

To start, Cousteau envisions a colony that generates its own oxygen and scrubs its own carbon dioxide. Unlike Aquarius, which pumps down air from the surface, the underwater city could manufacture its own air—perhaps by using electrolysis to free oxygen from water molecules. Carbon dioxide would also need to be removed from the system. For that, scientists are developing chemicals and materials that would bind to CO2 and pull it out of the air. “These are two essential points that, until now, have been tackled by space but not underwater,” Cousteau says.

Secondly, the underwater city could harness energy from the ocean around it, through wave energy, splitting water into hydrogen gas, or putting temperature gradients to work in thermoelectric devices.

But then there’s the food issue. During his stay on Aquarius, Cousteau survived almost entirely on freeze-dried astronaut food, which he found distasteful after a while. “Honestly, space food sucks,” says Cousteau. “And on top of that, you lose your sense of taste, so eating really becomes an unpleasant experience.” Instead of relying on imported food, he wants to see underwater colonies that grow their own food—perhaps by farming algae and other plants.

Such a colony would not only help us study oceans better, says Cousteau, but may also pave the way for fully functional space habitats.

Cousteau’s vision is still a concept, with no plans (that we know of) to begin construction anytime soon. But dreams like this help us imagine a brighter future with healthier oceans and new frontiers to explore. That’s exciting. And, who knows, maybe in the next 50 years, Homo aquaticus could finally come into being … minus the freaky gills.