And they look great 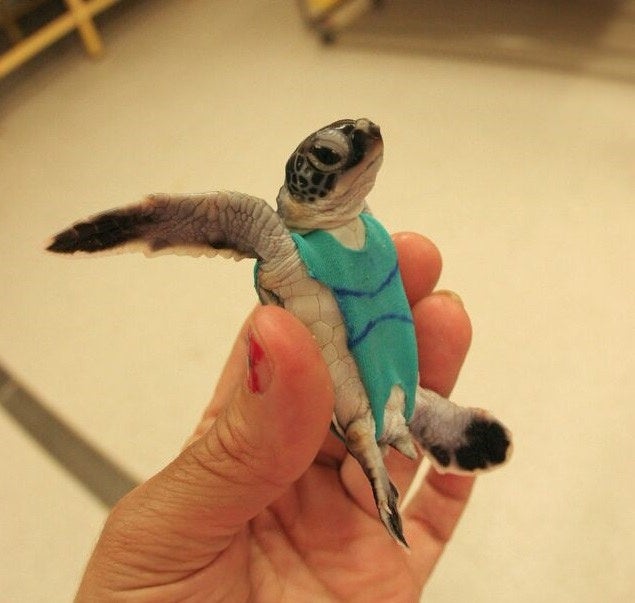 It’s no secret that sea turtles around the world can’t stop eating the plastic we keep depositing into the ocean. But a lot of these studies were conducted on turtles after they’ve washed up on shores, dead.

Researchers from the University of Queensland’s School of Biological Science have devised a way to study sea turtle diets in the wild, while they’re still alive. Owen Coffee, a PhD student, is studying the turtles’ eating habits to determine where they’re foraging, to better protect those areas. To do so, they made sea turtle swimsuits.

The swimsuits are perhaps a bit closer to full-body diapers, as they are designed especially to capture the turtle’s fecal matter in the open ocean—not an easy task. They tried a few methods, such as attaching a funnel to the turtles’ shells, which was difficult to keep in place.

So borrowing a method previously used on hatchlings to study their vision, the team got to making fashionable little swimsuits for their research subjects. The suits, made from secondhand rash guards, have a special detachable compartment to collect the turtle poop.

“The suits were easy to put on, comfortable for the sea turtles to wear, looked great, and Owen was able to collect the entire fecal sample,” Kathy Towsend, the University of Queensland’s Moreton Bay Research Station education coordinator said in the release.