New rules under the sea and on the plate 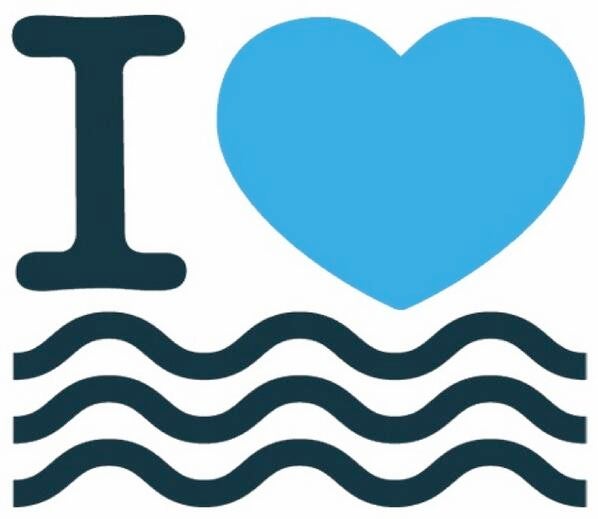 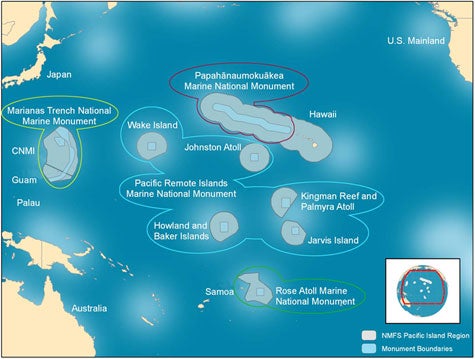 With a State Department-sponsored ocean summit (#OurOcean2014) underway this week, the science-related policy announcements are coming thick and fast:

President Obama today announced (although some word was leaked last night) the administration’s intention to enlarge the Pacific Remote Islands Marine National Monument, from almost 87,000 to nearly 782,000 square miles. The White House also announced a new presidential-level task force aimed at getting seafood harvested via illegal, unreported and unregulated fishing off the U.S. market, as well as to stop “seafood fraud”: mislabeling one kind of fish as another, more commercially desirable species.

Marine Monument A Last Refuge For Many Species

According to an official fact sheet, the Pacific Remote Islands Marine National Monument is one of “the last refugia for fish and wildlife species rapidly vanishing from the remainder of the planet, including sea turtles, dolphins, whales, pearl oysters, giant clams, coconut crabs, large groupers, sharks, humphead wrasses, and bumphead parrotfishes.” The reserve’s new area under the White House plan would double the area of ocean worldwide under some form of formal protection; currently that amount is somewhat less than 2 percent.

According to this fine explanation of the proposal at The Washington Post, “environmentalists are hoping President Obama will be tempted to trump George W. Bush’s record as the U.S. president who has protected the most area in the ocean.” Then-president Bush used an executive order in 2009 to establish this marine national monument, a designation that generally prohibits all commercial uses and even recreational fishing.

An official “national marine sanctuary,” by comparison, may allow some commercial activities, including oil and gas exploration. Earlier this month the National Oceanic and Atmospheric Administration (NOAA), a branch of the Department of Commerce, announced that it will begin taking public nominations for new marine sanctuaries, including proposals for the Great Lakes, for the first time since 1995.

The Pacific island nation of Kiribati has also announced that it will end fishing in its Phoenix Islands Protected Area, as well as other areas, at the start of 2015.

The new illegal fishing task force will have six months to do its work, and involves over dozen federal agencies that have some role in regulating seafood imports, managing trade, or protecting fish and wildlife.

Illegal fishing is a global business worth tens of billions of dollars annually, according to Beth Lowell, who directs a seafood fraud campaign for the marine conservation group Oceana. “We think they already have the tools in the toolbox,” to increase the transparency and accountability of the existing system, she says, by using un- or under-enforced provisions of existing laws, as well as the reporting system that U.S. fishers must use to log when, where, what, and how much they catch.

“Pirates are on the high seas, avoiding all laws, taking advantage of our ocean resources,” says Lowell. A recent study estimated 30-32 percent of wild-caught seafood sold in the U.S. is illegally fished.

“Around the world and in the U.S., we set up rules to guide fishing practices,” Lowell says. “You can only catch this amount under a scientifically based catch limit, or you need to avoid a certain area because it’s a spawning area. Or you need to avoid catching sharks or turtles that are endangered. Illegal fishing ignores all that,” ultimately draining income and profits from operators who are following the rules and operating safely, she says, as well as hurting efforts to manage fish stocks sustainably.

Reporting over the past few years by the Guardian has also linked illegal fishing to modern-day slavery.

As for seafood fraud, Oceana’s independent testing found nationwide evidence that up to one-third of seafood in the U.S. is mislabeled, making a strong case for better tracking of fish “from boat to plate,” says Lowell.

As Popular Science reported in 2011, some restaurants have committed to including “DNA barcodes” on their menus to prove that the wild salmon or Atlantic cod you’re paying for is the real deal.