Smarts and skills are necessary for the creature's acrobatic skills. 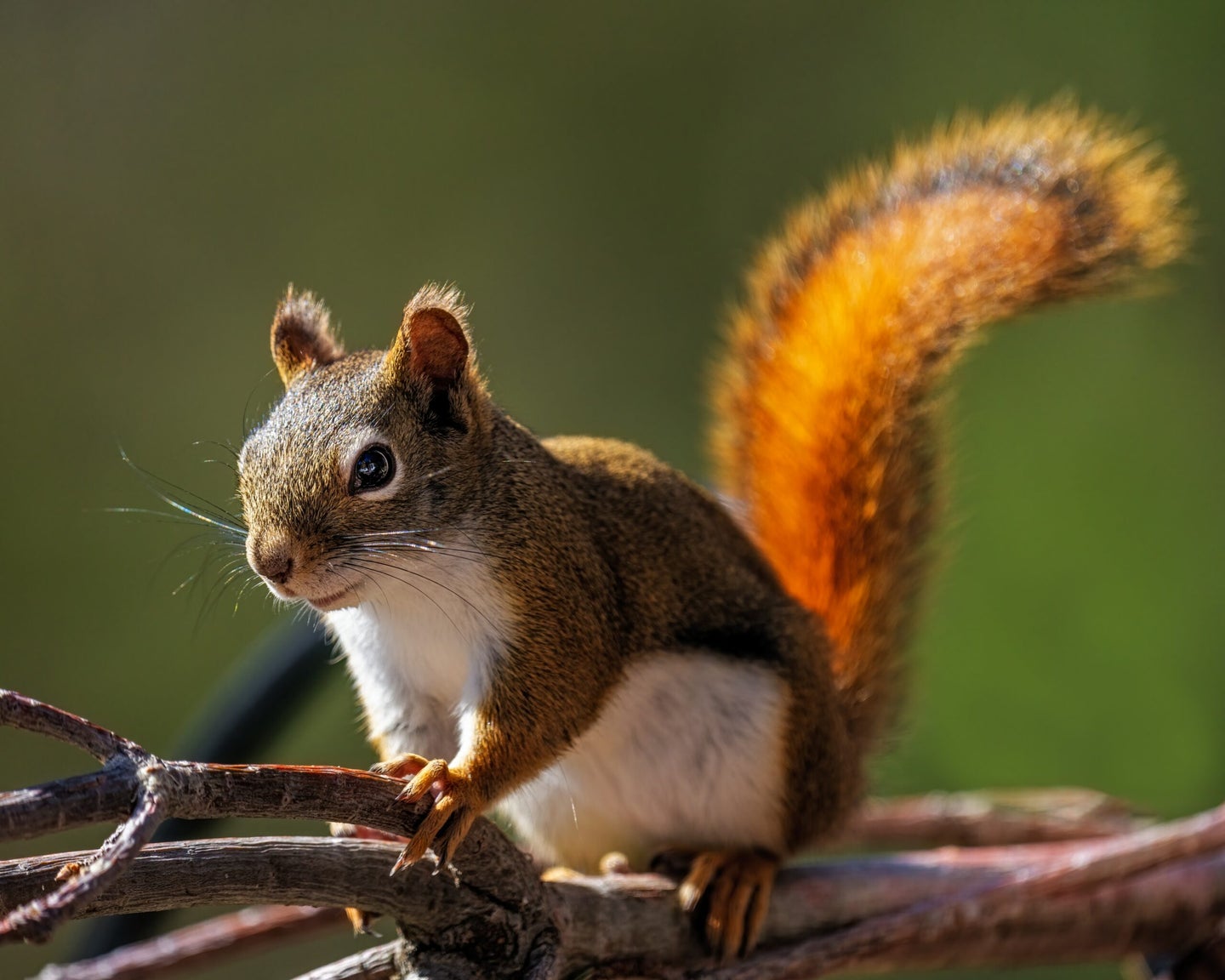 These little rodents will do anything—even a full climbing wall—for a walnut. Skyler Ewing from Pexels
SHARE

Interest in squirrels have become increasingly popular in the past few years, especially during the pandemic. Due to the lack of human-to-human interaction, some turned to their dexterous backyard neighbors for entertainment.

In fact, if you search “squirrel obstacle course” you’ll find a plethora of videos—some with over 75 million views—documenting the jumps, leaps, and scurries of the nimble tree-dwellers as they attempt to nab precious nuts. But these videos aren’t just amusing; they capture how intelligent and agile squirrels truly are.

In a study published today in Science, researchers emulated these videos in a three-part experiment to test how free-ranging squirrels moved through their treacherous canopy habitats. They were particularly interested in how the bushy-tailed rodents made split-second decisions regarding trade-offs between leaping distance and the flexibility of branches.

“We were really interested in understanding the limits of performance for four-legged locomotion,” says Nathaniel Hunt, lead author of the study and an assistant professor of biomechanics at the University of Nebraska, Omaha.  “We also were interested in studying locomotion through the canopy, which is an extremely challenging environment, and represents a good system to understand what strategies animals might use to reach the amazingly high performance they exhibit.”

[Related: These flying squirrels fluoresce hot pink, and no one knows exactly why.]

The study found fox squirrels quickly learned from their past mistakes to re-optimize future leaping and landing attempts. It also found squirrels were quite innovative as they unexpectedly employed parkour-style skills such as bouncing off walls to decelerate before landing.

To test the furry critters’ agility, the team designed a magnetic wall where they could attach branches of varying flexibility and length. The further the gap between two branches, or the more flexible the branches became, the more difficult the leap.

Researchers then wheeled the wall out into the middle of the forest and “trained” a few wild squirrels to use it by directing them to an entry-level ramp with a delicious peanut. The fluffy-tailed mammals then jumped from one branch to another to get their paws on a few nibbles of walnut—an absolute delicacy amongst squirrels. Meanwhile, high-speed cameras captured their every movement.

During all of this, a second “squirrel trainer” would distract the other nearby walnut-fiending creatures by tossing peanuts away from the experiment and back into the forest, according to Lucia Jacobs, a co-author of the study and professor of psychology at UC Berkeley.

Before taking a potentially life-threatening leap, squirrels have to make split-second decisions about where to pounce by assessing the flexibility of branches and the distance of the gap. Despite the trickiness of the course and a few imprecise landings, none of the squirrels took a tumble in the five attempts on the branch walls. Instead, their ability to land with precision increased after each attempt, highlighting how quickly they learn.

“They have a repertoire of different landing maneuvers that let them compensate for these errors,” Hunt says. “Such as rolling their entire body forward around the branch or swinging under, and then doing a swing up maneuver to get onto the branch.”

Unlike most studies into how animals move, this one simultaneously challenged the cognitive and physical abilities of its teensy subjects, which allowed them to perform at their best. “It’s similar to how Olympic athletes need to be mentally fit to execute their full physical capabilities,” Jacobs, who has been studying squirrel brain power for over 40 years, says.

Could squirrel robots be in our future?

Both Jacobs and Hunt agree the biggest takeaway from the study is that for scientists to fully understand the abilities of animals, they need to be tested in their natural surroundings. This way, they’re also being challenged intellectually.

“If you study humans who have never left a room, you’re not going to be able to fully understand the complexity of human thought,” Jacobs explains.

However, the findings of the study also hold promising applications for the future, especially in the realm of robotics. Hunt hopes to one day design a squirrel-like robot that can leap, climb, run, jump, and cling. The critter-like machines could be used in disaster sites to assess the rubble or search for survivors, says Jacobs.

But there’s a long way to go before robot squirrels are saving the world. In the meantime, Hunt and Jacobs are collaborating with neuroscientists and robotics engineers to learn more about how squirrels use their spines, feet, and claws to propel their bodies through landscapes.