What Florida residents should expect from Hurricane Irma

The storm is expected to strengthen again before hitting the coast. 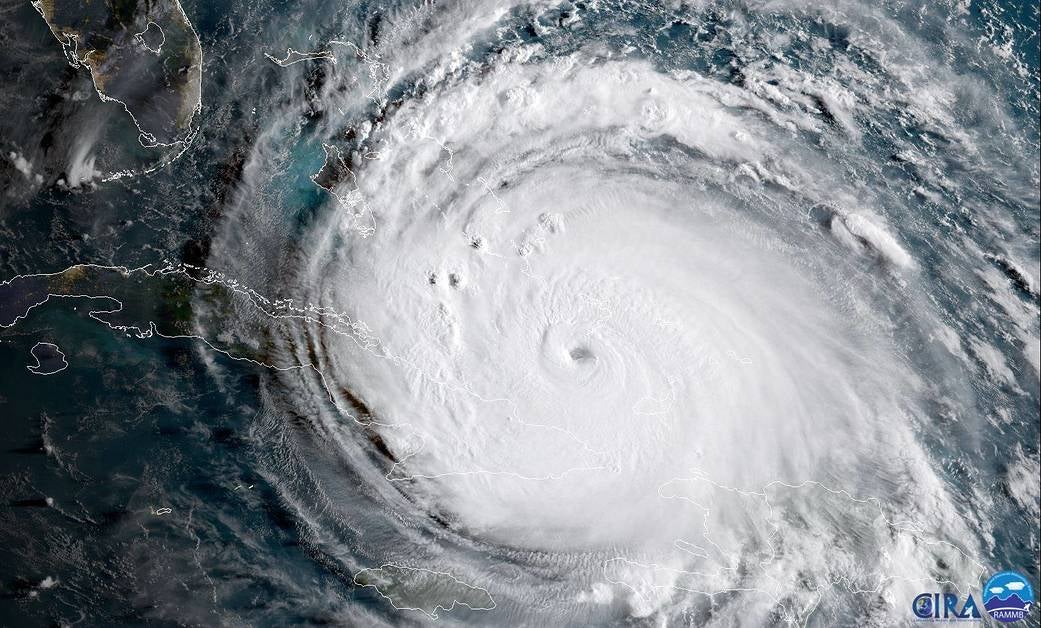 Florida residents are running out of time to prepare for the arrival of Hurricane Irma. As of Saturday afternoon, storm is starting to move away from Cuba—and will slowly begin tracking toward Florida tonight and Sunday. Hugging the coast of Cuba has weakened Hurricane Irma, but not much. And the steamy waters it will traverse as it approaches Florida’s west coast could result in a life-threatening storm surge, destructive winds, and perhaps even tornadoes.

How serious is this storm?

Because Irma has been so mind-bogglingly intense for the past week, it’s easy to grow numb to news of the storm’s intensity—especially given the fact that it has weakened slightly, from a category 3 to a category 5. But Irma is still a major hurricane as it makes its final approach into Florida, with winds of 125 MPH as of the 2PM EDT advisory on Saturday. And it’s almost certain to get stronger: Hurricanes are powered by warm water, and Irma will encounter some of the warmest it’s ever seen during the journey from Cuba to Florida. The National Hurricane Center expects Irma to regain category four intensity before landfall. And as Irma is also a particularly large storm with an expansive wind field, most of Florida will experience a period of dangerous weather conditions on Sunday and Monday—no matter which way the system tracks.

Category 4 wind will damage or destroy thousands of buildings, especially if they persist far enough inland to encounter heavily-populated metro areas like Tampa or Orlando. The wind damage across Florida will be severe and likely devastating for some communities, leading to power outages that could last weeks in some areas. Don’t assume that you’re okay if you don’t live near the coast. The storm’s inland effects will be reminiscent of Hurricane Charley in some places; that hurricane, which hit southwest Florida in 2004, maintained its intensity all the way from Orlando to Daytona Beach on the Atlantic coast.

While the wind is dangerous, it’s the storm surge that poses the greatest threat to life for folks who live near the coast. A storm surge is the sea water that’s pushed inland by a storm’s strong winds. Storm surge is measured in feet above ground level. The areas that see the strongest and most persistent wind could see a storm surge exceeding nine feet in depth, which could easily wash away vehicles and completely inundate homes and businesses.

Local National Weather Service offices across Florida have issued statements with language eerily similar to the infamous statement issued by NWS New Orleans before Hurricane Katrina made landfall in 2005. The stern wording of the statement before Katrina conveyed the gravity of the situation to residents, warning of large swaths of uninhabitable land and widespread human suffering. The current statements warn of wind damage and storm surge making “locations uninhabitable for weeks or months,” as well as impassable roads and “widespread power and communications outages.”

What can Florida residents expect?

Communities in and around the Florida Keys, Naples, and Fort Myers stand to see the greatest surge as Irma makes landfall. Storm surge flooding of six or more feet above ground level could occur across the state’s west coast—including the Tampa Bay area—possibly subjecting tens of thousands of residents to floodwaters deeper than the average human is tall. The storm surge is the deadliest part of a landfalling hurricane, and while great efforts have been made to evacuate coastal areas over the past week, there are unfortunately still some people in surge zones.

Evacuation issues are compounded by the fact that the storm’s projected track has shifted slightly to the west over the past day or two. When forecasters and emergency officials started sounding the alarm a few days ago, it looked like the storm would be a direct strike on Miami. But the ridge of high pressure steering the hurricane toward Florida instead of out to sea was stronger than forecasters thought it would be, so the storm went a little farther west than was initially predicted. Many people who left Miami likely evacuated toward Tampa or Orlando, only to now find themselves in the path of the strongest part of the storm.

Hurricane Irma is a classic example of why the cone of uncertainty—the margin of error in the National Hurricane Center’s track forecast—is so important. This cone is narrower in the short-term and wider in the long-term, as confidence and skill both decrease with time. The center of a storm historically stays within the cone two-thirds of the time. Irma has mostly stayed within the cone of uncertainty during its lifespan—which covers the entire state—but over the past day it’s been on the very western edge.

The storm could still change course and intensity with little or no notice, so everyone who lives in Florida—from Miami straight up to Panama City Beach on the panhandle—needs to keep a close eye on this system and prepare for the worst.

On top of everything else to worry about with this hurricane, tornadoes could come into play. It would be wise to keep a close eye on tornado warnings over the next couple of days, even if you’re not in one of the hardest-hit areas. Tornadoes are notoriously common in the rainbands of tropical cyclones as they make landfall. There’s so much rotation in the atmosphere that embedded thunderstorms can spawn small, quick, but dangerous twisters hundreds of miles from the center of the system. These tornadoes happen fast, so the warning lead time is lower than usual.

What should Florida residents do?

If you’re unable to evacuate, make sure you have as thorough an emergency plan—and stock of supplies—as possible. Take steps to secure your home, and to reinforce windows (or plan to stay away from them when the winds pick up). Check the TV or radio for updates frequently. Think about how you would go about getting onto your roof. As flood waters rise, many people take shelter in their attics without a plan for breaking out and onto the roof should they become trapped. Avoid floodwater as much as possible, as it could electrocute you or expose you to chemicals or debris caught up in the storm. And in the event of a tornado, get as close to the ground—and as deep within the walls of your home—as possible.