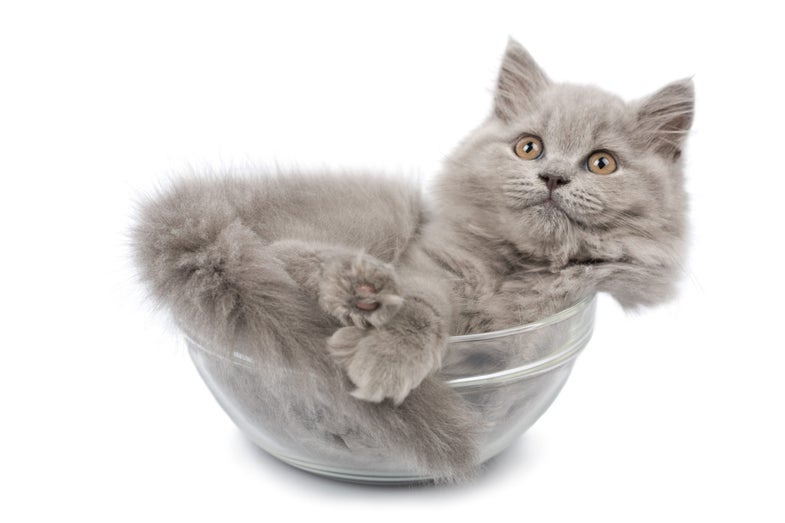 The Ig Nobel Prize Ceremony honors scientists who have pursued unusual research. And between the eight-year-old who repeated “I’m bored” whenever the scientists went on too long, the audience chants of “Ira, Ira, Ira,”, and an opera about incompetence, the prize ceremony brought attention to some pretty great science. This year’s theme was uncertainty.

The first real winner of the Ig Nobel awards was the Internet. That’s where French fluids researcher Marc-Antoine Fardin found the article “15 Proofs That Cats Are Liquid,” which inspired the first accolade of the night. In his paper “On the rheology of cats,” Fardin found that young cats are more fluid than old cats. He also wrote about the effects that the environment has on the fluidity of cats…and the effects of cats on their environment. “Very recent experiments from Japan also suggest that we should not see cats as isolated fluid systems, but as able to transfer and absorb stresses from their environment,” Fardin writes. “Indeed, in Japan, they have cat cafes, where stressed out customers can pet kitties and purr their worries away.”

The next award was for people who were just a little too relaxed. Six men in pajamas walked onto the stage, one holding a didgeridoo. They are the researchers behind the paper “Didgeridoo playing as alternative treatment for obstructive sleep apnoea syndrome,”. Alex Suarez, a didgeridoo instructor, told the researchers that he and his students felt less tired after their musical training. The study found that new didgeridoo players had reduced daytime sleepiness and their partners reported fewer nighttime disturbances. Daytime disturbances from didgeridoo practice were not covered in the research.

The risk of sleep apnea increases as we age, and, unfortunately, so do our ears. British doctor James Heathcote won the anatomy prize for finding that, yes, old men do have bigger ears, by about two millimeters per year. Heathcote noted that, “once you’ve spotted it, it’s impossible to imagine those enormous ears on a younger man.”

Of course, there are much worse situations than having large ears. You could live in France and find cheese disgusting. A group of French researchers won the medicine prize for scanning the brains of the six percent of the population who have an intense aversion to cheese. A demonstration followed this award. The audience was called to stand if they loved cheese, and the cheering masses of Sanders Theater stood. Then the few cheese antagonists rose to demonstrate their antipathy, and the rest of the crowd booed.

The strong negative reaction to cheese may be genetic, and if future researchers want to investigate, they will probably use a twin study. That’s exactly what four Italian researchers did to win the cognition prize. They found that identical twins are often unable to recognize themselves in photos. They can’t tell if they are looking at a picture of themselves or of their twin.

Other scientists won awards for finding out how the presence of a live crocodile influences a person’s willingness to gamble, if a hairy-legged vampire bat drinks human blood, and if walking backwards causes a person to spill coffee. The awards team would probably recommend that researchers continue to study what interests them, even if they have ambitions to win this unusual prize and a fake $10 trillion check next year. In the words of Harvard economics professor Eric Maskin, “Uncertainty is the only true thing. Perhaps.”