The future of space travel is all about reusability 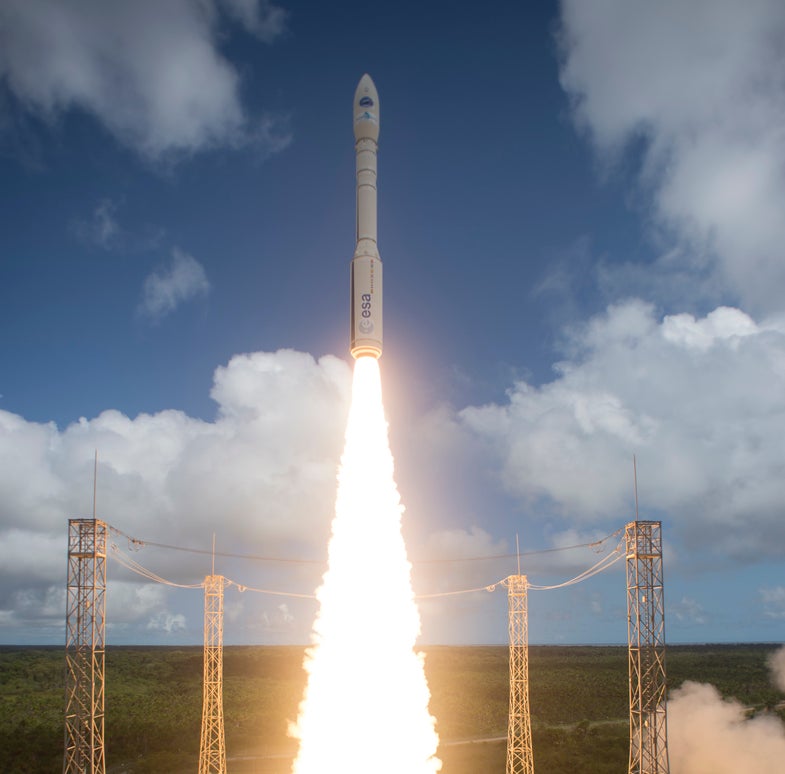 While SpaceX aims to launch NASA’s DSCOVR satellite later tonight, the European Space Agency launched its own spaceplane earlier this morning aboard a Vega rocket.

Called the Intermediate eXperimental Vehicle—or IXV—the spaceplane looks like a miniature version of NASA’s Space Shuttle. That makes sense given the vehicle’s purpose; the robotically controlled IXV is meant to help the ESA figure out the best designs for a future reusable vehicle—one that can autonomously reenter the Earth’s atmosphere from space.

But unlike the shuttle, the wingless IXV has a lifting body design. That means the spacecraft itself generates lift within the atmosphere. To do this, the shape of the IXV resembles something of a giant wing, helping it to minimize drag during reentry.

The ESA launched the IXV at 8:40 a.m. EST from Europe’s Spaceport in Kourou, French Guiana. At an altitude of 211 miles, the IXV separated from the Vega rocket and continued upward to 256 miles above the Earth’s surface, well into the thermosphere (where the atmosphere gives way to outer space). It then fell back to Earth, reentering the atmosphere at an altitude of 74.6 miles, travelling at about 4.7 miles per second. Overall, the trip generated the same conditions a vehicle would experience returning from lower Earth orbit.

The entire trip–from launch to a parachute-guided splashdown in the Pacific Ocean–only took about 100 minutes. But during that time, 300 sensors aboard the IXV recorded valuable data that the ESA will use to guide future vehicle designs. “This mission will teach us a lot about the technologies we need to apply in new launch systems, in particular when we think about reusable systems,” said Gaele Winters, ESA Director of Launchers.

Meanwhile, SpaceX’s launch tonight was supposed to revolve around reusability, as the company hoped to land its Falcon 9 rocket on an autonomous drone spaceport after takeoff (extreme weather is pushing them to do a soft landing instead). Those in the space community know that when it comes to future of spacecraft: don’t lose, reuse!