Want to Watch Fuel Slosh Around Inside a Saturn Rocket?

This past Sunday, SpaceX launched a Falcon 9 carrying a Dragon spacecraft to the International Space Station. Among the alternating... 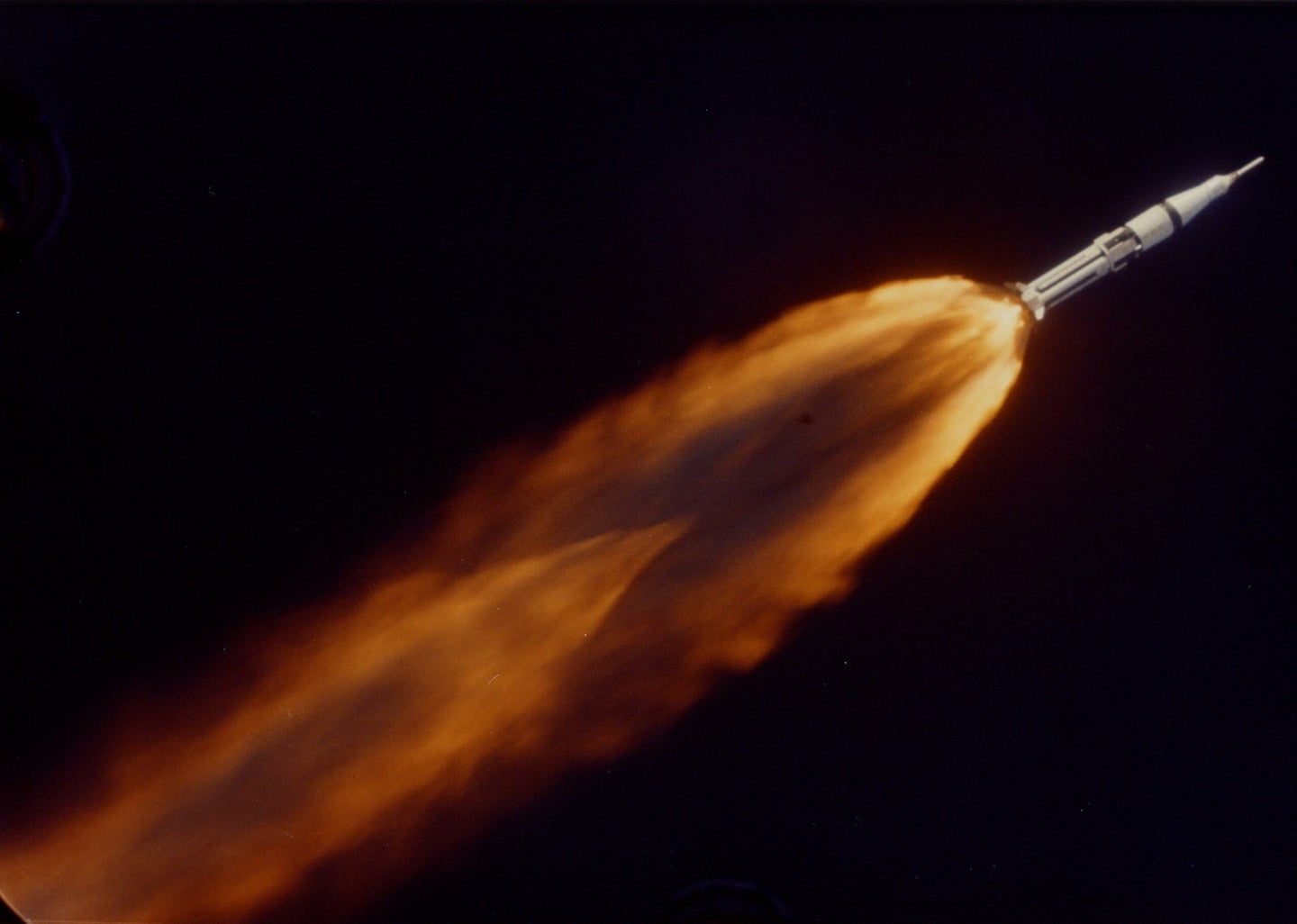 This past Sunday, SpaceX launched a Falcon 9 carrying a Dragon spacecraft to the International Space Station. Among the alternating feeds the company showed during the live launch was a shot from inside a tank. It’s been turned into a pretty mesmerizing gif, but it’s not the first time we’ve see inside a tank during a launch. NASA used cameras to study and understand just what was happening inside its launch vehicles in the 1960s.

The Saturn family of rockets was the family that enabled the Apollo missions to fly to the Moon. It was conceived in the early 1960s by Wernher von Braun and his team of rocket engineers. When they were transferred from the US Army to NASA’s Marshall Spaceflight Centre, they brought with them a three-stage rocket concept called the C-3: the C-I first stage was powered by F-1 engines, the S-II second stage by J-2 engines, and S-IV third stage by RL-10 engines. By the fall of 1961, von Braun already had a bigger version in mind called the C-4, which was identical to the C-3 but it used a more powerful third stage called the S-IVB. It wasn’t long before he dreamed up an even bigger rocket called the C-5, which used five F-1 engines in its first stage and the same powerful S-IVB for the third stage.

The letter designation for this family of rockets was eventually dropped in favour of the name Saturn; the family was so named because, coming on the heels of the Jupiter family of rockets, Saturn was the next planet from the Sun. The numeric designations, however, remained, giving us the Saturn I, the Saturn IB (what was formally the C-4), and the Saturn V.

The rockets had different configurations but shared some basic similarities, like the fuel each stage burned. The first stage burned a mixture of cryogenic liquid oxygen (LOX) and rocket-grade kerosene, the second and third stages a mixture of LOX and liquid hydrogen.

A camera caught the view inside the kerosene tank of the fifth Saturn 1 rocket to launch. This was the vehicle that launched the SA-5 mission, the first orbital Saturn launch and the first time a live S-IVB would launch into orbit. Engineering cameras were used to document the way the fuel behaved in flight.

Another camera was used in the Saturn IB that launched the AS-203 mission to observe the behavior of the liquid hydrogen inside the S-IVB stage in orbit.

Understanding how fuels behaved in flight was vital to Apollo’s success. Violently sloshing fuel in the first stage could affect the rocket’s guidance system, potentially knocking it off course. The S-IVB had a particularly important role to play on lunar missions. This was the stage that would have to restart in Earth orbit to send crews on the course for the Moon. Knowing how the fuel that would start this burn behaved in space was imperative to making sure the vital burn would go off without a hitch.

As we know, the Apollo missions did achieve the main goal of landing astronauts on the Moon, and left some pretty neat relics for us to look at at the same time. Cheers to Mark Gray from Spacecraft Films for preserving and narrating these excellent clips!