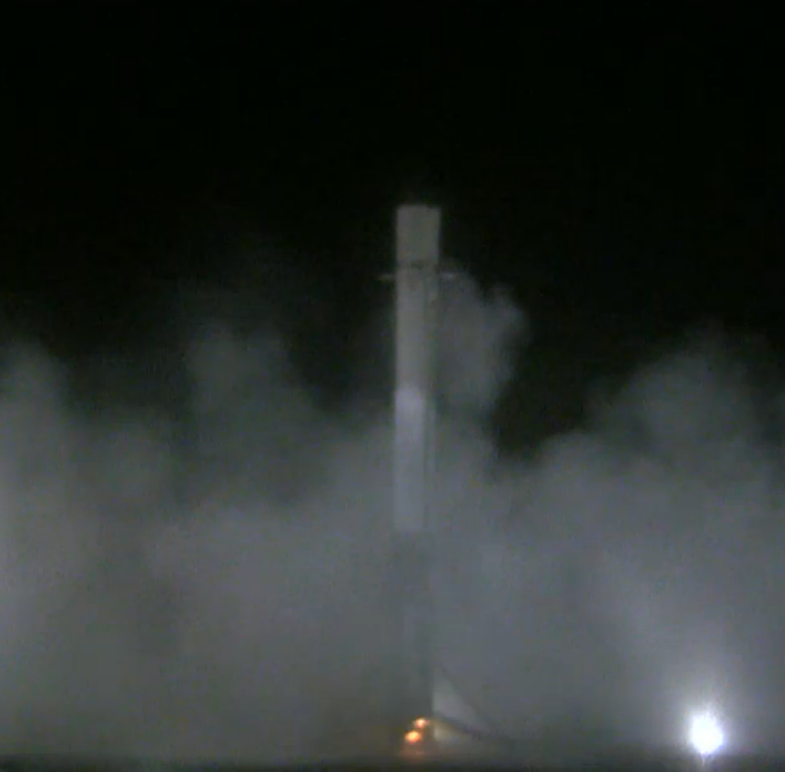 UPDATE 8:50 All satellites have been deployed, the webcast has ended, and so has our live coverage. For more, read Elon Musk’s blog post detailing the background of this launch. Congratulations to SpaceX for a successful launch and landing!

The Falcon has landed! After a swift, nail-biting descent the Falcon 9 landed upright on the landing pad. The satellites (the primary mission) are deploying normally as well. 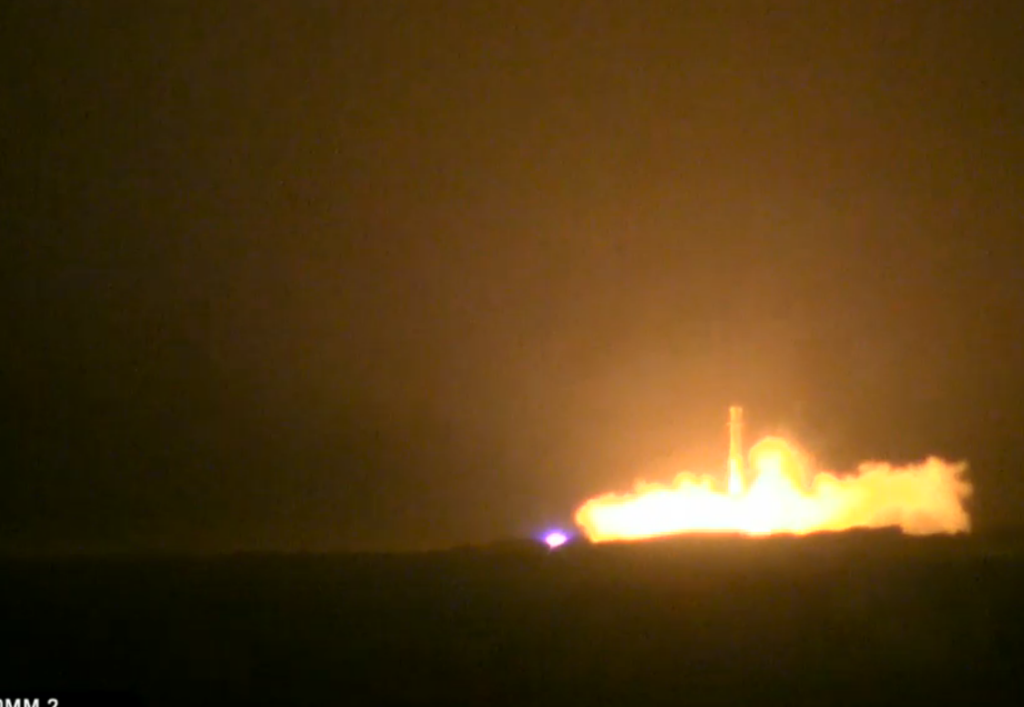 We have liftoff! The rocket was successfully launched, and so far, so good. Now, we wait for the landing.

If you’re watching the webcast, you might notice white ‘smoke’ coming from the rocket. That ‘smoke,’ the SpaceX webcast explains, is some of the liquid oxygen propellent venting out of the rocket. The liquid oxygen is super-cooled, and is loaded into the vehicle just before launch. The chill in the oxygen causes some of the air near the vent to condense and become visible, kind of like your breath condenses on a cold day.

The newly named “Landing Zone 1” where SpaceX will attempt to land the rocket used to be a launch pad in the 1950’s and 1960’s. Now, instead of being a location where rockets will take off, the hope is that it will now become a place where rockets can (safely!) return.

SpaceX is still reporting that they are still go for launch.

SpaceX delayed launching their Falcon 9 over the weekend, gambling that tonight might have better weather conditions.

The launch will happen in just a few hours time. The Falcon 9 rocket is carrying 11 satellites for ORBCOMM, a communications company that focuses on machine-to-machine connections. The satellites will complete a constellation of satellites already in place that allow companies to monitor transportation, cargo, heavy equipment, and the status of things like oil and gas fields.

But the exciting part is the rocket those satellites will be traveling on. This launch is the first SpaceX launch since a Falcon 9 rocket exploded in June. In the intervening months, SpaceX’s team has worked to upgrade the rocket, making it even more powerful.

One of the main goals of SpaceX is to create a reusable rocket. Creating a launch system that isn’t disposable would cut costs dramatically (rockets are expensive). To further that goal, SpaceX will attempt to land this rocket on solid ground. Previous attempts used a platform in the middle of the ocean as a potential landing site, but just missed.

Jeff Bezos’s company Blue Origin did manage to land a rocket on land last month. But if Elon Musk’s SpaceX succeeds tonight, it would be with a larger rocket, capable of launching its cargo into orbit.

Tune in to the SpaceX Webcast tonight around 8:30 pm eastern to watch the launch attempt, or watch the live stream via ORBCOMM’s YouTube channel above.

We’ll update this post with more details as the launch commences.