Lost Russian Spaceship Will No Longer Dock With Space Station 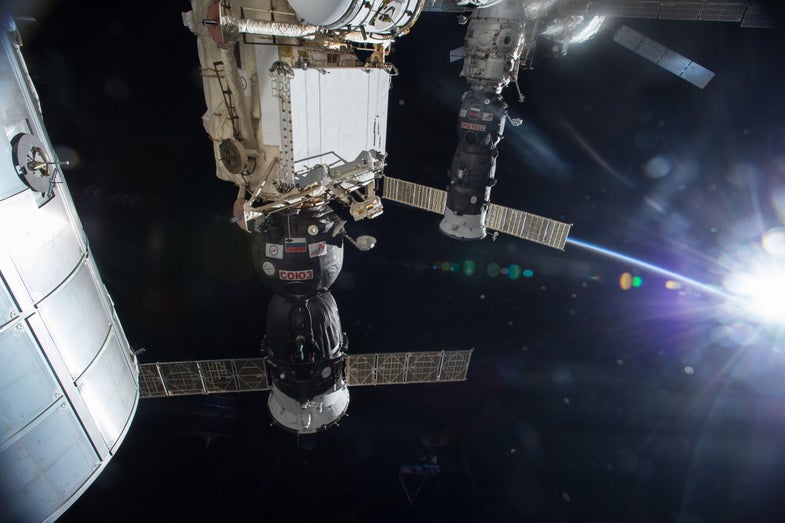 Update: Looks like the Progress 59 spacecraft will never make it to the International Space Station. NASA says any future rendezvous has been canceled:

Update: In a new blog post on its website, NASA details a little more clearly what is known about this morning’s malfunction. Just after launching atop a Soyuz rocket and separating from the booster’s third stage, the Progress 59 cargo ship failed to send back data confirming whether or not it had deployed its navigational antennas. Flight controllers also couldn’t confirm if its fuel intake system had pressurized, which is necessary for getting the Progress all the way to the International Space Station.

When Roscosmos couldn’t confirm this info, the agency opted for a different ISS rendezvous plan. Instead of meeting up with the station today, as was scheduled, the Progress was rescheduled to orbit the Earth 34 times within two days before docking with the station on Thursday.

However, that docking has been postponed indefinitely for now. Roscosmos tried to establish communication with Progress 59 four times as it passed by ground control, but those attempts failed. Flight controllers are going to try to get ahold of the spacecraft later this evening around 8:50 p.m. EDT.

The good news is the cargo ship isn’t carrying anything in desperate need of reaching the ISS any time soon. The astronauts aboard the station are well stocked when it comes to food, water, and supplies for several months. But with the Progress carrying more than 6,000 pounds of cargo, a failure to dock will add extra pressure to the next cargo resupply mission, to be conducted by SpaceX in June.

Roscosmos isn’t quite sure what’s going on with its cargo ship at the moment.

A Progress spacecraft—the unmanned vehicle used by Russia to send supplies to the International Space Station—lost communication with the Russian space agency after launching from Kazakhstan early Tuesday morning. According to Space Flight Now, the Progress began “spinning, or rotating, in some fashion” shortly after reaching orbit. At that point, Roscosmos started having issues receiving reliable data from the vehicle, and it seems the agency is still trying to figure out what went wrong.

Progress 59 was originally planned to dock with the ISS later today, but that’s been put on hold until Russian flight controllers can get a handle of the situation. The ship is carrying more than 3 tons of supplies and equipment to the ISS, including food and clothing for the astronauts on the station.

“It was at that point that telemetry problems began to crop up as the Russian flight control team could not get firm confirmation of the deployment of navigational antennas or the re-pressurization of the manifolds in the propulsion system,” said Navias. According to Navias, re-pressurization is necessary for the Progress to execute its automated trip to the station.

For now, it seems that the Progress is in orbit, but Navias noted that it is spinning in some weird way. Wild video from NASA TV confirms an unplanned rotation:

If flight controllers can re-establish communication relatively soon, rendezvous with the ISS could happen around 5:03 a.m. EDT on Thursday. According to a recent update from NASA, Roscosmos is struggling to make that happen:

This story is developing, and we will continue to update as we get more information.

Update: Here’s an inventory list of the cargo on Progress 59. As Astro Mouse put it, things just got crappy (see sanitation and hygiene equipment). 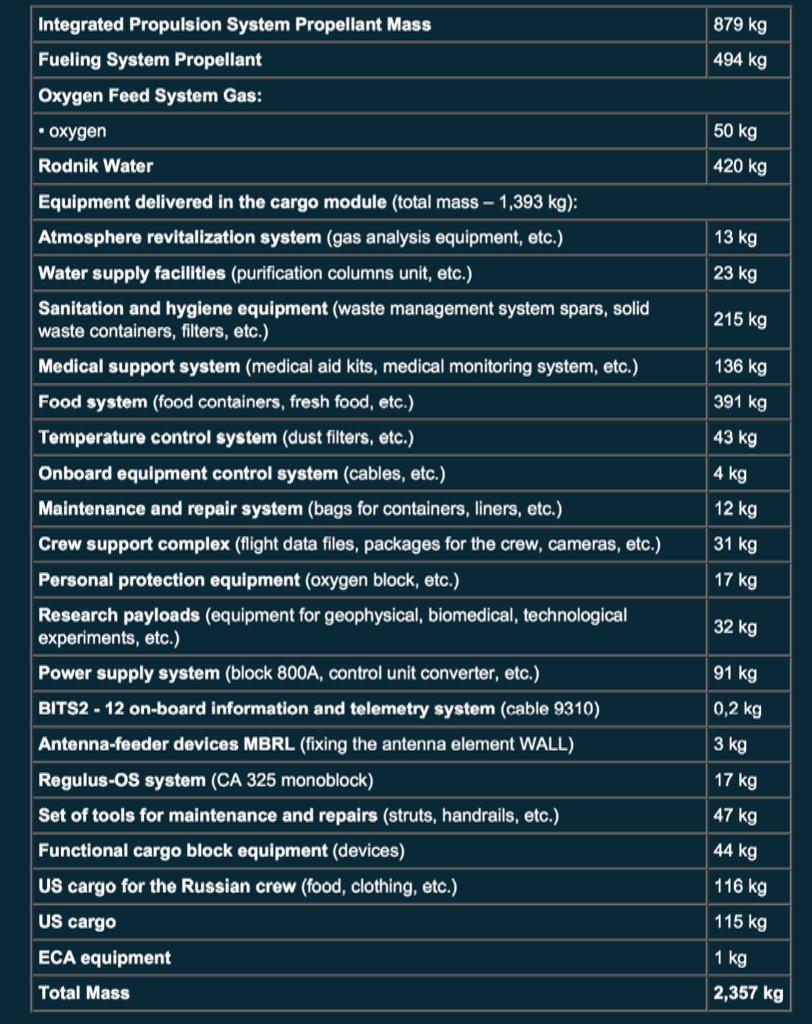