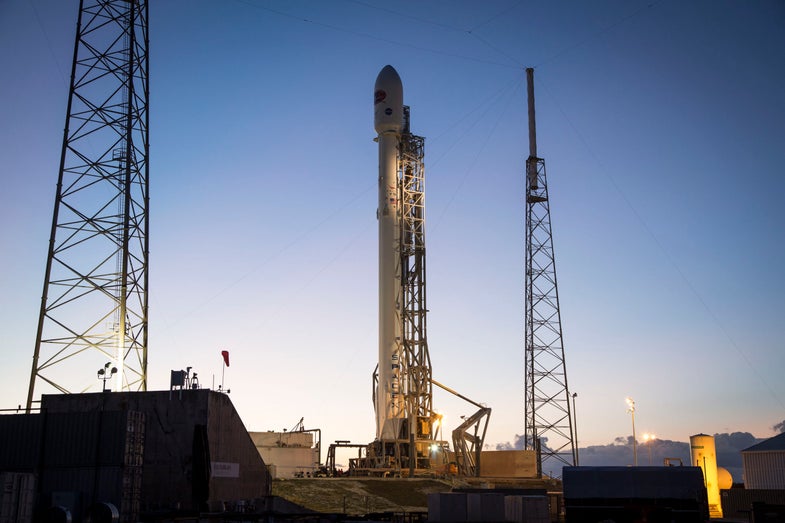 SpaceX's Falcon 9 rocket on the launchpad at Cape Canaveral with the DSCOVR satellite on board. SpaceX
SHARE

Update 5:53 p.m. Well that was quick. High upper altitude winds scrubbed the launch for tonight, so SpaceX will have to try again tomorrow. See you then!

Update 5:50 p.m. We’re getting ready to roll! The SpaceX livestream is up and running, with some snappy elevator music to keep us occupied until we see what’s going on at the launch pad.

For SpaceX tonight, it’s time for round two of “catch the rocket.”

The company will attempt to launch another Falcon 9 rocket at 6:05 p.m. ET. On board is the Deep Space Climate Observatory (DSCOVR), a satellite designed to orbit the Earth and keep a lookout for incoming solar storms that can muck up communication and power systems.

DSCOVR has waited 17 long years to get into space, making this launch particularly exciting. But an extra-special part of this mission happens after launch: The majority of the Falcon 9 rocket will attempt to safely land itself on an autonomous drone ship floating in the Atlantic Ocean. If the feat is successful, it’ll be a big step toward a future in which reusable rockets may become the norm.

Typically, most of a rocket is either destroyed or lost after it leaves the launch pad, never to be recovered. This makes space travel pricey because an entirely new rocket must be built for every launch. SpaceX hopes to change that paradigm by recovering as much of the rocket as it can for reuse in future launches. And that could drastically reduce the cost of spaceflight.

To save its rockets, SpaceX now equips them with “hypersonic grid fins.” These pop-out devices slow and guide the Falcon 9 toward its target, and they’re powered by a hydraulic system that releases fluids over time to control the descent. In a previous attempt to land a Falcon 9 rocket, SpaceX apparently didn’t store enough hydraulic fluid in the system. The result: The rocket hit its target a bit too hard: Or as Musk likes to call it, a rapid unscheduled disassembly event

Tonight’s launch was originally scheduled for Sunday evening, but an issue with a U.S. Air Force ground radar tracking system forced the company to scrub just two minutes prior to takeoff. Then, less than ideal weather conditions forced SpaceX to push the launch until today; if things don’t get off the ground tonight, there’s a backup launch opportunity Wednesday, Feb. 11 at 6:03 p.m. ET. 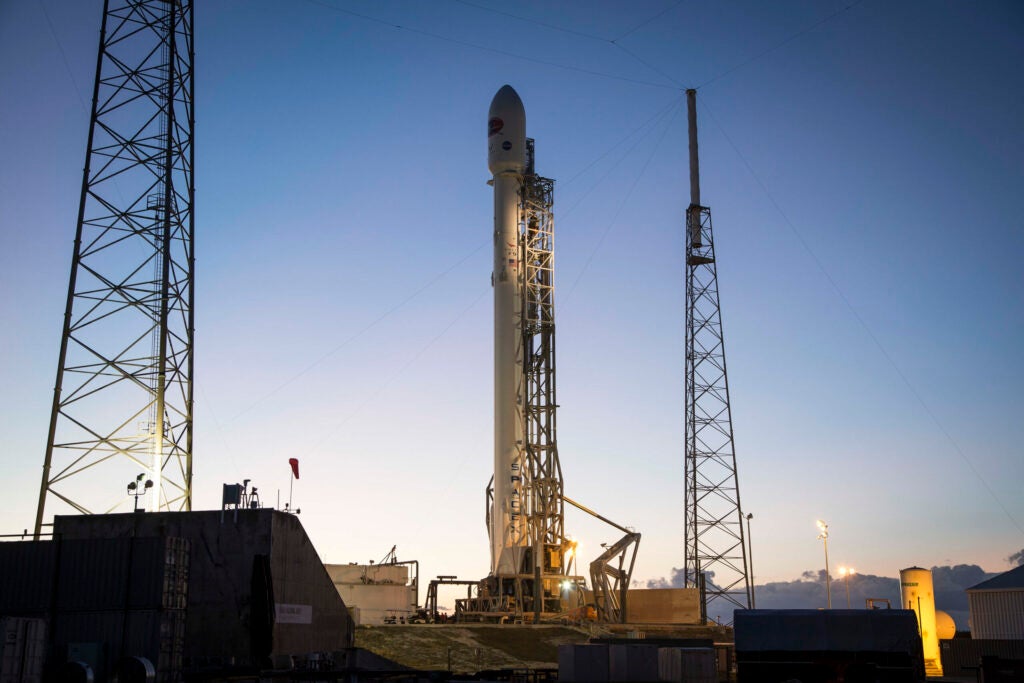 SpaceX’s Falcon 9 rocket on the launchpad at Cape Canaveral with the DSCOVR satellite on board.
rockets