Get used to it 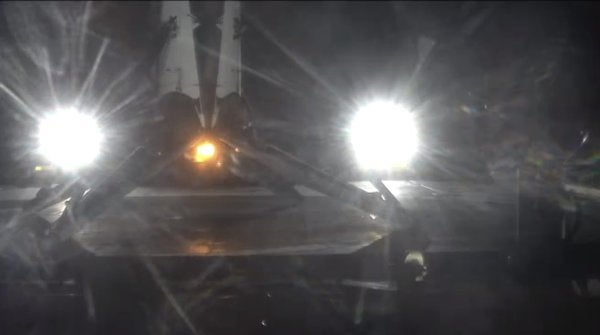 SpaceX has done it again. After successfully launching a Japanese broadcasting satellite into orbit, SpaceX’s Falcon 9 rocket booster successfully returned to Earth, touching down gracefully on the drone ship Of Course I Still Love You. The landing was particularly challenging–since the rocket had to deliver the satellite into a high orbit, it was coming down faster and hotter than usual. SpaceX wasn’t expecting a successful landing tonight.

SpaceX successfully landed a different rocket on the drone ship in early April. Tonight’s landing proves that achievement wasn’t a fluke. SpaceX needs these drone ship landings in order to recover rocket boosters that fly over the ocean, so they can be reused to cut launch costs.

Eventually, the company hopes to be launching and landing the Falcon 9 first-stage boosters a few times a month.

Now they just need to make sure they can refurbish and reuse them.