How 3D-Printing Rocket Engines Could Win Back The Space Race 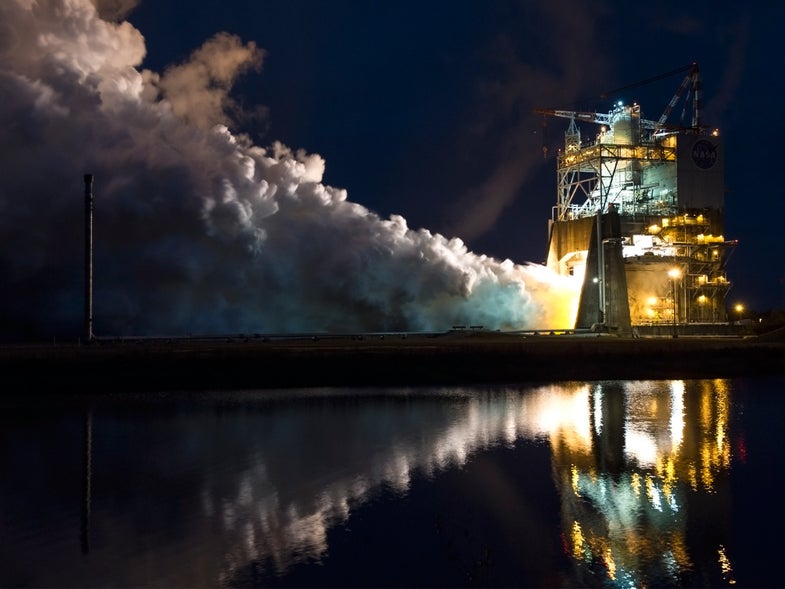 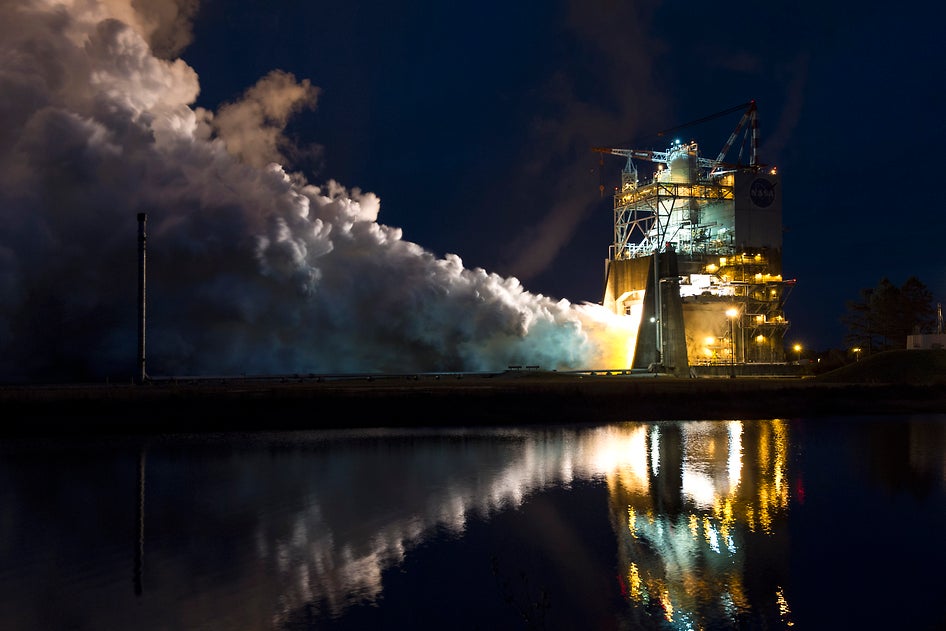 In the mid-1960s, NASA’s Marshall Spaceflight Center, outside of Huntsville, Ala., was a hive of rocket-engineering activity, ground zero for America’s efforts to establish herself as the world’s dominant space power. Following the 1957 launch of the Soviet satellite Sputnik, the prevailing Cold War mentality of the era presented engineers there with a single strategic goal propelling them quickly through myriad challenges: build better rockets than the Russians.

Five decades later, one could be forgiven for thinking little has changed. These days in Huntsville a new team of rocket scientists, funded by NASA and made up of engineers from Huntsville-based Dynetics and propulsion behemoth Aerojet Rocketdyne, is reconstructing the very same F-1 rocket engine components that once powered the Apollo program’s Saturn V rockets. Their all-too-familiar goal: build better rockets than the Russians.

Like the Apollo-era engineers, their impetus is largely geopolitical. Deteriorating Russo-American relations over the past year have threatened the trade relationships through which America’s space interests have been buying rocket engines from Russia since the 1990s. But unlike their predecessors, the Dynetics/Aerojet Rocketdyne team is reconstructing 20th-century rocket components with 21st-century technologies, like high-powered computer modeling and 3D printing, in some cases shaving more than a year off traditional production timelines.

If they can bring the program to completion the way engineers now envision it, NASA and the U.S. Air Force could soon 3-D print the most powerful rockets to ever pierce the sky.

“Using technologies we’ve developed over the past 10-15 years, we can do this cheaper than the Russians do it today,” says Steve Cook, director of corporate development for Dynetics and a former manager of the Ares Projects Office, the last major NASA initiative to develop new rocket engine technology.

America’s dependence on Russian rocket engines began almost as soon as the story of the Cold War ended. At the time the Soviet Union collapsed, American rocket engines were expensive; heavy-lifting Russian-built rocket engines like the super-powerful RD-170 were plentiful, reliable, and—in those economically chaotic years—priced to move. “Everyone got kind of lulled into it,” Cook says of the decision to rely on Russian rocket tech. “The attitude was: It works, it costs too much to replace it, so we’ll keep using it.”

As a result of this complacency, soon even the U.S. government’s most sensitive national security satellites depended on Russian rocket engines to loft them into orbit. In 2012, NASA awarded Dynetics a contract to begin exploring the affordability and reliability of a new made-in-U.S.A. advanced rocket booster based on the F-1 rocket engines that powered the Apollo-era Saturn V. At the time, NASA was considering such an engine to power the agency’s new heavy-lift Space Launch System, also under development in Huntsville, though the agency has since decided to power the SLS’s initial flights using RS-25 engines left over from the Space Shuttle missions. 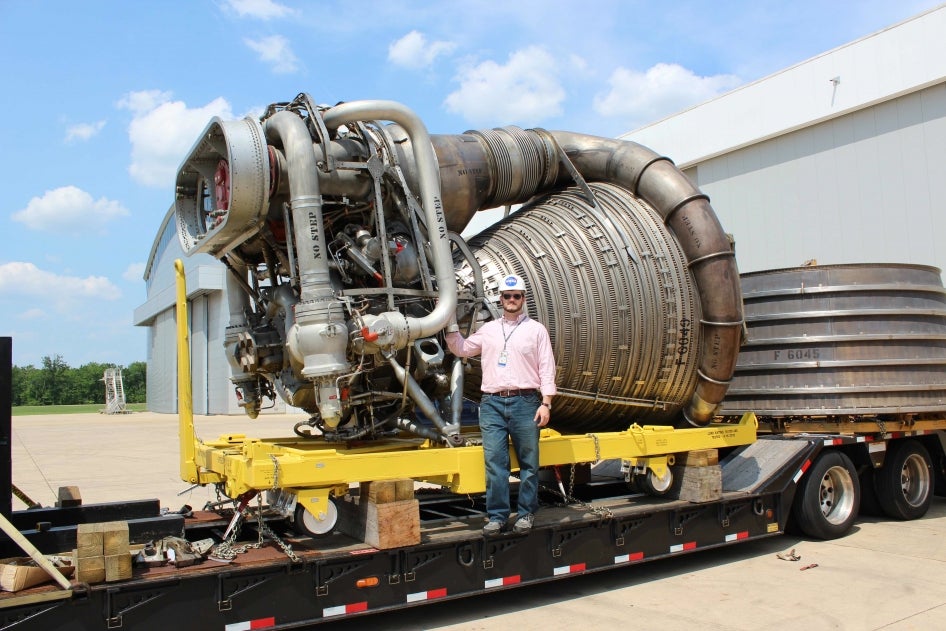 But since then, the need for homegrown rocket tech has since grown more acute. Russian provocations in Ukraine over the past year have accelerated interest in an American-made booster, and not just from NASA; in September, the U.S. Air Force formally issued a request for information regarding potential replacements for the Russian RD-180 engines that typically loft America’s military and spy satellites into orbit. Meanwhile, pressure to break U.S. dependence on Russian rockets—and the funds to begin doing so—have come down from Congress. “There’s now a broader issue than cost,” Cook says. “The need became very clear last spring due to the actions of the Russian government.”

To break the DoD’s dependence on Russian rockets, the team in Huntsville is experimenting with new technologies and advanced manufacturing techniques. The new AR-1 engine that the Dynetics/Aerojet Rocketdyne team is developing borrows heavily from the old F-1 design, but the way the engine comes together couldn’t be more different. Relying heavily on additive manufacturing—or 3-D printing—the team has demonstrated time and material reductions that significantly lower the cost of rocket building and shrink production timelines—sometimes by more than a year.

“We were able to take a part originally built for the old Saturn V F-1 engine”–the gas generator injector–“that would typically take 15 months to build,” Cook says. “We were able to bring it down to 15 days.” The injector now costs 70 percent less to manufacture. It also weighs less, freeing up precious pounds of thrust that can now be used for payload.

The design team is looking at other places where advances in materials science and 3D-printed alloys can shave weeks, months, and ultimately dollars off rocket engine production.

The culmination of all this work would be the most powerful rocket engine ever printed.

A fully printed thrust chamber—that is, injector, combustion chamber, nozzle, valve housings, inlets and manifolds, and so forth—could cost 35 percent less than a legacy thrust chamber. And it could trim months off production times, allowing NASA or the Air Force to produce rockets on a much shorter time table. The team’s innovations could quickly redefine what’s possible in rocket manufacturing over the next few years, leaving rocket manufacturers elsewhere struggling to catch up.

The culmination of all this work would be the most powerful rocket engine ever printed, Cook says—a more compact, higher-performance version of the F-1 producing some 550,000 pounds of thrust (by comparison, SpaceX’s Merlin engines each produce roughly 150,000 pounds at sea level, requiring nine engines to launch a Falcon 9 rocket to orbit). Packaged in tandem, two-engine clusters would produce upwards of one million pounds of thrust, or more than enough to step into the role currently occupied by the RD-180, which spews 860,000 pounds of thrust from its dual nozzles.

Once they receive the nod from the Air Force, which is expected to take the program over from NASA, Cook says the engineers could produce a full demonstrator engine as soon as 2018.

“Longer term, there’s no reason why we couldn’t print the parts for the majority of an engine,” Cook says. “I’m a believer that additive manufacturing is going to revolutionize the rocket business.”