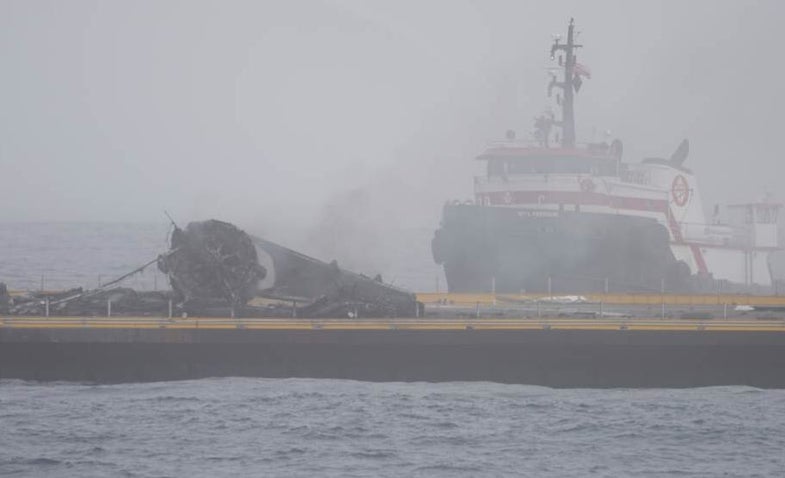 SpaceX CEO Elon Musk confirmed that the rocket was on target for a perfect landing, but a landing leg failed to lock and the thing toppled over. So close!

After a second burn of the rocket’s second stage, the Jason-3 satellite is now in the correct orbit and SpaceX is calling it a mission success.

Preliminary data suggests the Falcon 9 rocket stage came down on target, but one of the landing legs collapsed when it reached the drone ship, so the rocket booster is not standing upright, according to the SpaceX webcast. Engineers are still analyzing the data, and we hope to see some video later today.

SpaceX says its webcast will return in about 40 minutes. Hopefully by then we’ll know how the landing attempt went. The Jason3 satellite appears to be safely on its way to orbit 800 miles over the Earth.

Ack! A lost satellite signal is leaving everyone in the dark about whether or not the rocket landing was successful.

We have liftoff! The Jason-3 satellite is on its way to orbit.

About 10 minutes after liftoff, SpaceX will attempt a landing on its drone ship. It’s not clear how much we’ll be able to see of the landing attempt with all this fog. The autonomous barge is experiencing waves as high as 12 to 15 feet high, which could make it difficult for the Falcon 9 to stick the landing.

Despite fog at Vandenberg Air Force Base, where the Falcon 9 sits ready to launch the Jason-3 satellite, NASA says the weather shouldn’t be a problem. 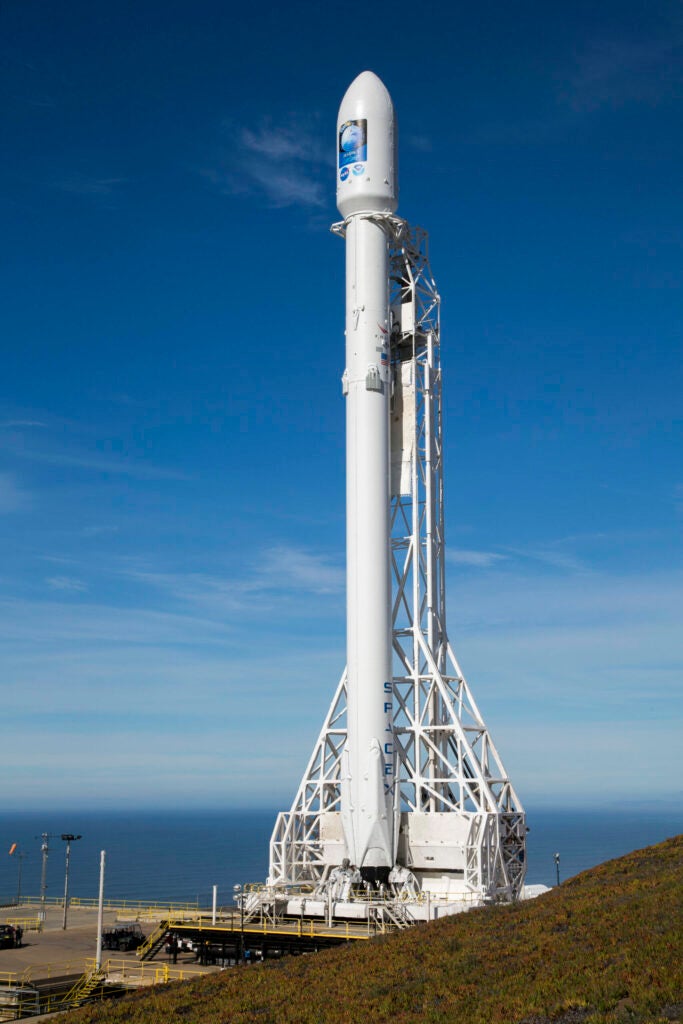 Falcon 9 awaits the launch of the Jason-3 satellite

The weather looks good for Sunday’s SpaceX launch. The company’s Falcon 9 rocket will will carry an ocean-monitoring satellite into orbit, then attempt to land on a drone ship in the Pacific ocean.

Earlier this week, the company successfully test-fired the Falcon 9, so it looks like it’s all systems go for the January 17 launch—so far at least.

The launch is scheduled for Sunday at 1:42pm Eastern, but coverage will begin at 12:45.

About three minutes after liftoff, the main stage rocket booster will separate from the spacecraft and return to Earth, hopefully landing safely on SpaceX’s autonomous barge. Meanwhile, second stage boosters will continue to carry the Jason-3 satellite up to an orbit 840 miles above the Earth.

About 56 minutes after launch, Jason-3 will deploy its solar panels to prepare for operations. The satellite will help the National Oceanic and Atmospheric Administration track sea level heights, which could improve forecasting for El Nino weather patterns and predict hurricane intensity.

SpaceX’s plan to land the rocket’s first stage on a drone ship, if successful, will be historic. The company recently managed to land their rocket on solid ground—a feat that could usher in an era of reusable rockets and cheaper spaceflight. But landing on a moving vessel adds an extra challenge. 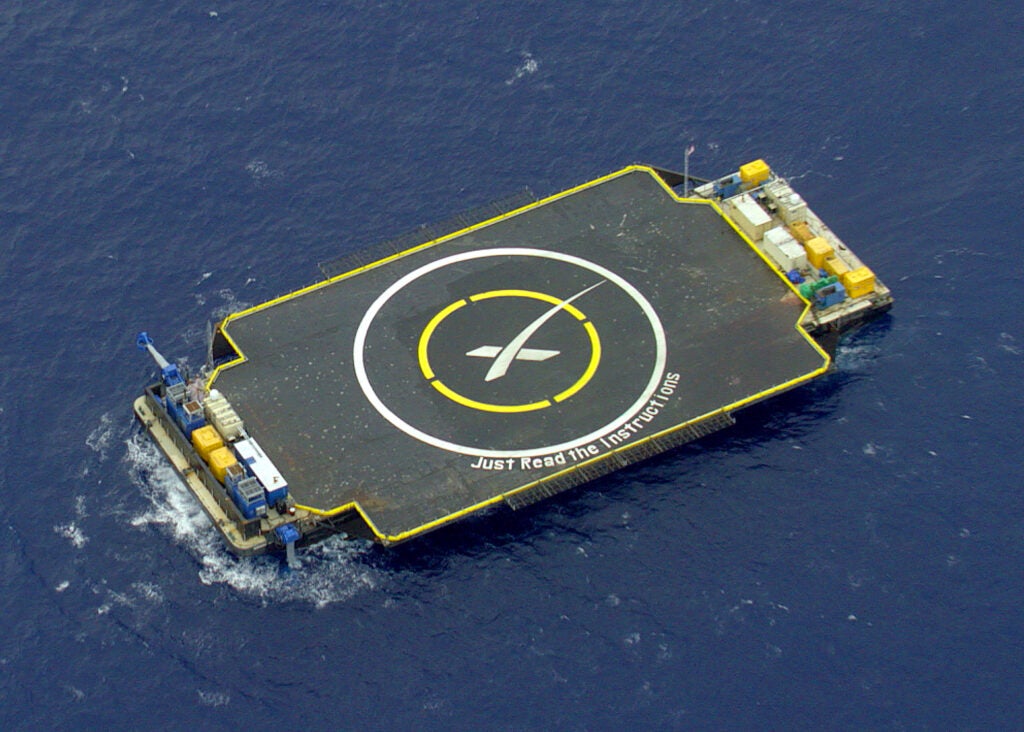 Spaceflight Now reports that being able to land on the barge will come in handy when SpaceX needs to launch heavy payloads that use up all of its fuel. Without fuel reserves, the rocket could come down hard, which is a good reason to steer it out into the ocean for its landing attempt. The Sunday landing attempt, however, will be made using fuel reserves left over after the Jason-3 launch.

SpaceX came close to landing its rocket on the “autonomous spaceport” twice before, but both attempts ended in fiery failure. Will the third time be the charm? Only one way to find out.