Science Confirms The Obvious: Dudes Slow Down When Walking With Their Girlfriends

But they don't alter their gaits for other ladies. 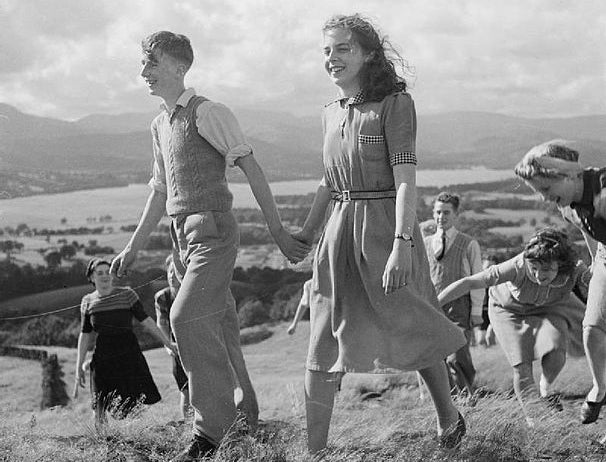 A person’s optimal walking speed—which minimizes the amount of energy required to travel—usually correlates with body mass and leg length. People with longer legs and bigger bodies are more likely to have a faster walk. Because of the way men and women are typically built, men tend to naturally travel at faster speeds than women. So how on earth do lovebirds manage to walk around hand-in-hand without being dragged apart by their incompatible rates of travel?

As a study out this week from Seattle Pacific University points out, from a metabolic energy conservation standpoint, men and women should never walk together, because “someone must pay the energetic penalty of deviating from his or her optimal speed in order to travel at the same speed as the other individual(s).” But, long walks on the beach being the pinnacle of romance that they are, clearly someone is making a sacrifice to make heterosexual strolling worthwhile.

In this case, the advantage goes to the ladies. According to this 11-couple study, guys slow down by about 7 percent when walking around a track with a woman they’re in a romantic relationship with, and more if there’s hand-holding involved. Woman barely changed their walking speed at all while walking with their romantic partner, instead forcing him to adapt to her preferred step.

Men did not slow their gait significantly to match that of a female friend, and when two male friends walked together, they both sped up slightly from their preferred walking speed. 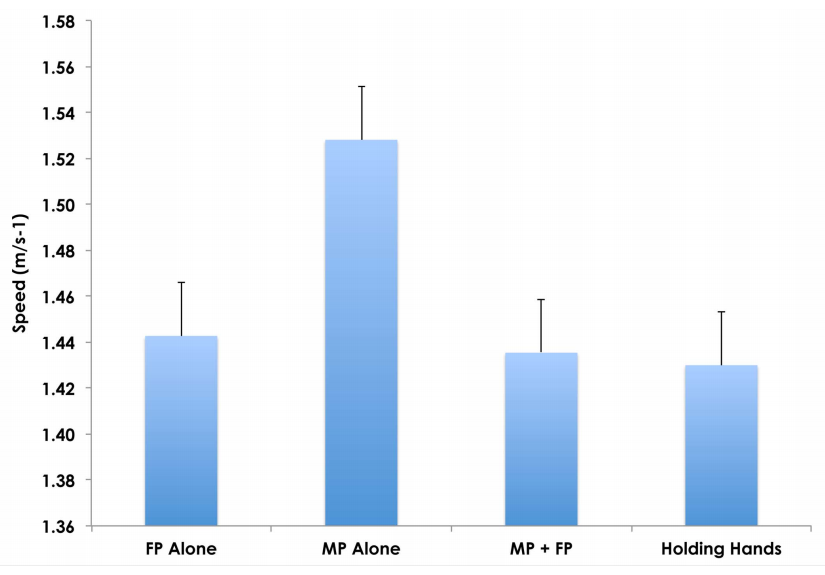 The researchers suggest that slowing down for the woman in a relationship could have evolutionary origins in—what else—conserving energy for baby making. “Within a mobility context, the male pays the energetic cost of deviating from his optimal speed in order to walk at the female’s optimum, allowing her to conserve energetic resources that can be allocated to reproduction,” they write.

Or maybe it’s just way easier to slow your pace to match another person’s than make her jog to keep up.

The full study appears in PLOS ONE this week.