Shower your friends with meteor facts. 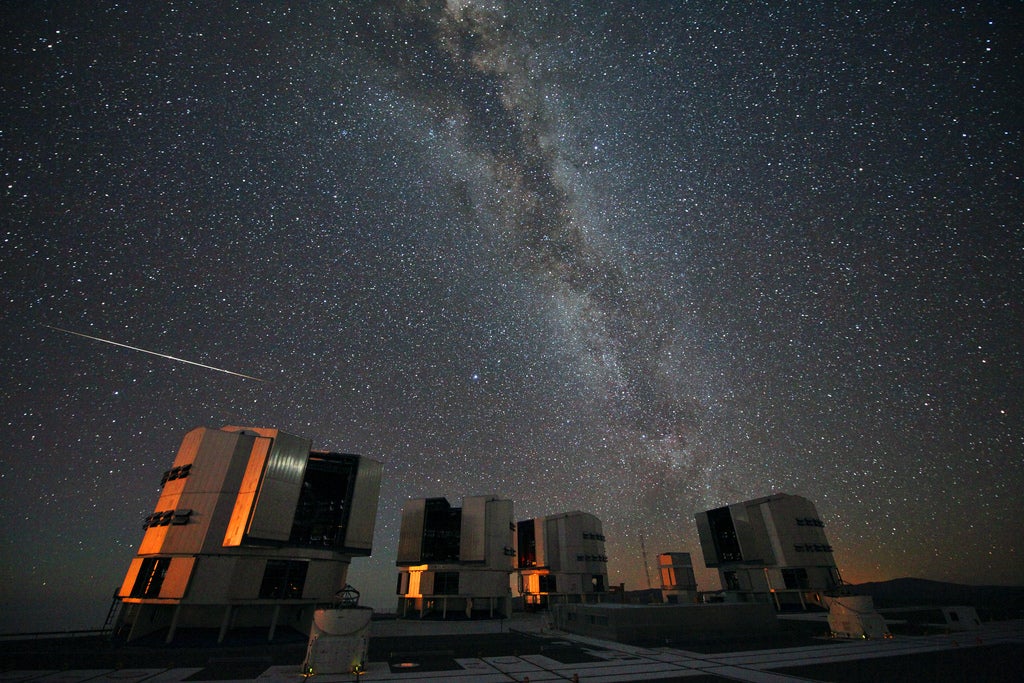 This story has been updated for the 2022 meteor shower. It was originally published on August 8, 2018.

For the past few days, if you headed outside after sunset and you happened to look up at the sky on a clear night, you might have been able to witness the annual production of the Perseids. If you didn’t, don’t fret, there’s still plenty of time. The Perseids are expected to reach their peak August 11 through the 13, with the best viewing on August 12, between midnight and before the sun rises. And here at Popular Science we’re answering all the questions you might have about the upcoming display. Let’s dive right in.

When and where is this happening?

The Perseid meteor shower happens every summer for about a month. In 2022, the Perseids will run from about July 14 to September 1, but will peak between August 11 and 12. Per usual, the best viewing times are before dawn, though the moon will be full during the peak days—so you may have better luck avoiding the moon’s shine in early August mornings.

What’s the difference between a meteor shower and a normal shower?

A shower is something in your home that you stand in and that pours water all over you whenever you need to be clean.

A meteor shower is something that happens when innumerable tiny remnants of comets and asteroids slam into the Earth’s atmosphere. The speeding lumps of dust and ice and rock are no match for the dense bubble of air that surrounds our planet (which we call the atmosphere), and as they hurtle towards the ground that they will never reach, they burn up in a glorious blaze that streaks through the heavens.

[Related: How to view your favorite planets and astronomical events]

To recap: A shower is what you use to clean and reinvigorate your delightfully filthy human body. A meteor shower will help reawaken your wonder at this vast universe if you can stay up a little later than your normal bedtime to see the glory of the night sky.

(Note: A rain shower is different. While they can occur at any time, they are notorious for popping up right when you get ALL EXCITED about a meteor shower, just so that they can spoil your view. If rain is expected on the same night as a meteor shower, then darn. That sucks. Go take a nice warm normal shower instead.)

Where do the Perseids get their name from?

What causes the Perseids?

The meteors that make up the Perseids are the dusty remnants left behind by Comet 109P Swift-Tuttle. Like a pet particularly prone to shedding, Swift-Tuttle leaves behind tiny bits of itself as it ambles along through the solar system, particularly when it’s near our star, and its solid, icy surface heats up, sublimating into a gas. You can tell where it’s been in the inner solar system because it leaves a veritable cloud of itself behind, but instead of dander and hair, it’s ice and dust. It sheds these in a beautiful glow that tails behind the comet, called the coma that appears as the comet gets close to the sun. After the nucleus or solid heart of the comet has passed by, the dust and ice remain.

Swift-Tuttle got its name when it was identified by astronomers Lewis Swift and Horace Tuttle in 1862. Both Swift and Tuttle noticed the comet independently, and so they got to share the name. But the comet has been visiting our cosmic neighborhood for a long time. It’s an icy body whose orbit takes it out beyond Neptune, then swings back in, closer to the sun, where its orbit gets close to ours. The round-trip around the sun takes 133 years.

The last time it stopped by was December 1992 and it will venture close again in the summer of 2126.

Swift-Tuttle is a large comet, about 16 miles across. To put it in perspective, that’s about twice the size of the asteroid that killed the dinosaurs. People got a little nervous about whether or not it would ever hit Earth but after the last close pass in 1992, researchers calculated its orbit for the next several thousand years and figured out that we’re not in any danger of an impact from this particular comet. Whew.

Do other planets pass through it?

Swift-Tuttle orbits the sun at a steep incline compared to the planets. You can see its orbital diagram here. Right now, the comet is still on its way towards the outer reaches of the solar system, and is far below the ecliptic plane (the planets, including Earth, all orbit the sun on about the same geometric plane).

“Its orbit is inclined about 113 degrees to the ecliptic and it comes close to Earth’s orbit as it passes southward through the plane of the solar system,” Jim Scotti, an astronomer at the University of Arizona says. Scotti observed the comet when it passed by in 1992. “It also passes through the plane of the solar system out between Uranus and Saturn while heading northward on the way inbound.”

We’re the only planet that passes through the comet’s debris stream, but other, larger planets can have an effect on the comet’s long and dusty trail. Jupiter in particular is known to perturb the comet’s track (see below for more details!)

Other planets with atmospheres definitely experience meteor showers, including Venus, Mars, and Mercury. Jupiter gets hit with plenty of large meteors and comets, Saturn’s rings get pummeled by meteor strikes. Meteor showers are harder to observe at Uranus and Neptune, thanks to the immense distance between them and telescopes here on Earth, but there is some evidence that Neptune has been smacked with at least one comet and models suggest that Uranus has collided with other planetary bodies in the past.

If we pass through the dust trail every year, we must be using up the dust, right? How many meteor showers are left?

Plenty. Because the comet comes back every 133 years, there’s a slow but steady replenishment of the matter that makes up the Perseids.

How big are these things entering the atmosphere, and what happens when they do?

NASA researcher Bill Cooke told Scientific American in 2010 that most of the objects that streak across the sky are only a few millmeters to a few inches across. These are traveling at a speed of 37 miles per second or 133,200 miles per hour as they hit our atmosphere.

At that speed, even the thin upper reaches of our atmosphere prove to be an impenetrable barrier to the sand-grain-sized particles, which blaze gloriously as they fall towards Earth. Larger meteoroids, like the roughly 55-foot diameter Chelyabinsk meteor that exploded over Russia in 2013, go through a similar yet even more destructive process. As they hurtle towards Earth, air forces itself inside the meteoroid, increasing the pressure and causing it to explode from the inside out. Luckily, the most you’ll see from the Perseids are much tamer fireballs that will light up the night sky without doing any damage.

Are some years better than others?

Remember we mentioned Jupiter’s effect above? While Swift-Tuttle generally follows the same path around the sun, sometimes it (and its dust) gets pulled a little bit by larger planets like Jupiter, putting it on a slightly different path. The solar wind, a constant stream of particles from the sun, also plays a role in changing the position of the comet and its dust, slowly pushing on the dust trails left behind, making them distinct.

“The dust that left the comet during its 1862 perihelion [or closest point to the sun] passage will be closer to the comet than the debris that left the comet in around 1479, three orbits earlier. The dust has spread out more as well, so [it] may be not as dense as it was when ejected from the comet.” Scotti says.

Streams from the comet’s passing in 1479 and 1862 are slightly offset from the rest of the tail, enough that they’re still identifiable. When Earth passes through those, like it did in 2016, the result can be an outburst, or a dramatic uptick in the amount of meteors seen per hour. An outburst unexpectedly dazzled the morning of August 14, 2021; this year, the moon isn’t exactly cooperating, but stargazers should still be able to see some streaks in the sky if they’re patient.

Are there a lot of those debris fields out there?

Yep! The Perseids are far from alone in the meteor shower department. The Geminids in December are known for being more brilliant, but tend to occur during brutally cold weather when most people would rather be indoors.

Ok, sounds cool. Remind me when can I see the Perseids?

The Perseid shower started in mid-July this year, and it will reach its peak on August 11 and 12. NASA recommends going out in the pre-dawn hours in mid-August, when activity will be highest above the horizon. Look up (but not straight up) and to the North, in the darkest area you can find, and try to spend a few hours just taking in the sky. The longer you let your eyes adjust, the more meteors you’ll actually spot.

If getting out of bed in the wee hours isn’t your cup of tea, you can try your luck anytime after dark this week, and should have decent chances around midnight or later. Check out our meteor shower viewing tips to make sure you get the best views.