Sex Positions That Won’t Break Your Artificial Hip, According To Science 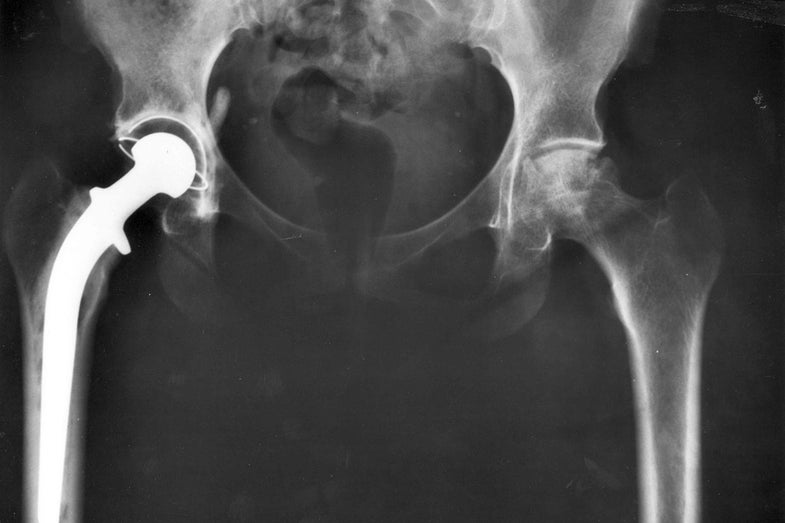 These are questions you try not to think about when your graddad gets his hip replaced, but when you get an artificial joint, some hip-shaking activities become a little more risky. Like, uh, dancing. Or sex.

As a group of intrepid Swiss researchers point out, after total hip arthroplasty, i.e. a hip replacement surgery, the “relative risk of prosthetic or bony impingement and joint instability during sexual activities” is quite unknown. Nor do we know exactly what kind of range of hip motion is required for different sexual positions.

But thanks to two brave volunteers, our world of knowledge just got quite a bit wider. The young, healthy subjects, one male and one female, came into the lab and performed 12 common sexual positions recorded through motion capture. Both underwent an MRI scan to construct 3-D models of their pelvises and femurs, and the images were analyzed for any dangerous hip movement. Then reflective markers were attached to their skin with double-sided tape to track the movement of their bodies in each position. Not sure how much actual fun they had, as the paper says they were asked to “simulate the motion,” and doesn’t go into detail as to what “performing” the positions entailed. They went through each position three times. And, for the sake of curiosity and rigorous science: “A mattress was utilized and a standard 45 cm height stool was used for the position requiring a chair.”

So if you’re worried about your hips, here are your do’s and don’ts: 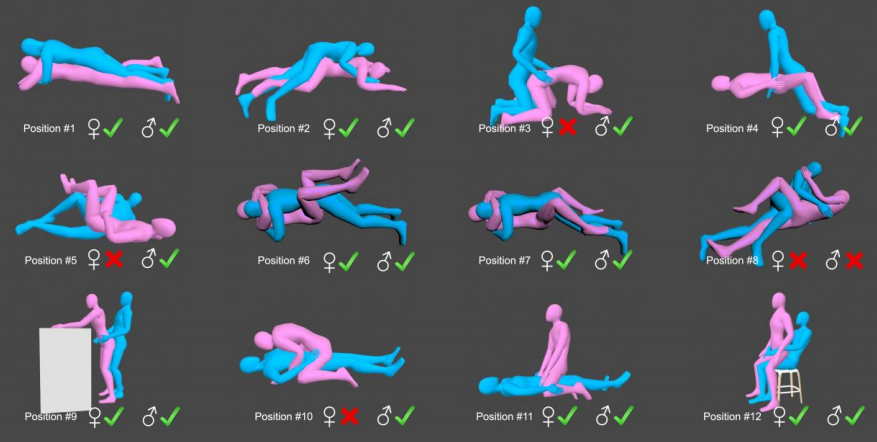 Sex posed a greater risk for woman than for men, because most of the positions required “extreme” range of movement, including lots of flexing and external rotation of the joint. For men, less mobility was required.

The study appears online in the Journal of Arthroplasty. Free version here.