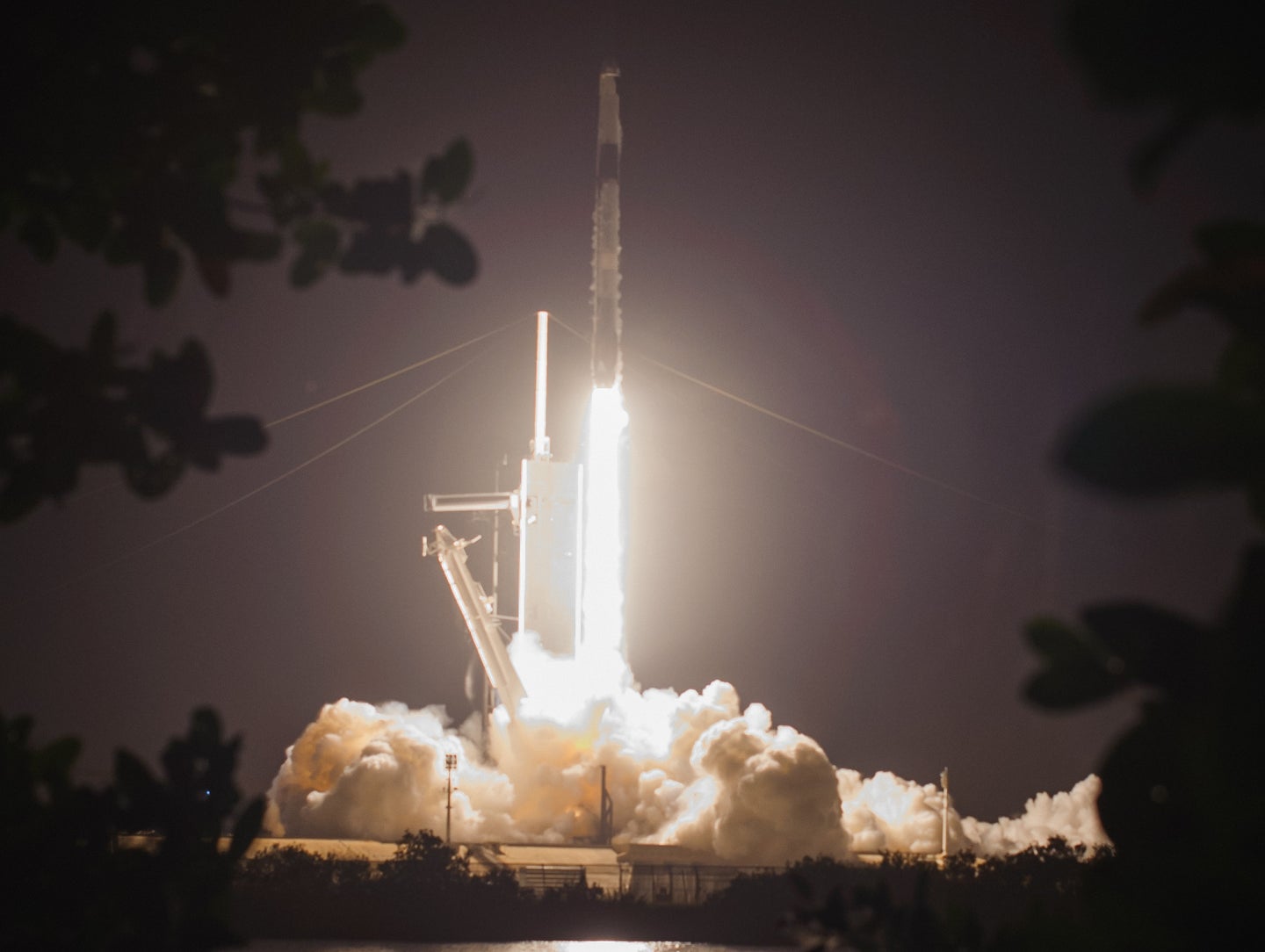 Rockets need to carry their own liquid oxygen. Here, a SpaceX Falcon 9 lifts off on August 29, 2021. NASA
SHARE

As hospitals fill up with COVID-19 patients, NASA has announced it will be delaying an upcoming satellite launch. The liquid oxygen needed to fuel the flight is needed in hospitals, where doctors use the important resource to keep dangerously sick COVID-19 patients alive.

“Medical oxygen is the priority of our members,” says Richard Craig, vice president of technical and regulatory affairs for the Compressed Gas Association, an American trade association.

A shortage of truck drivers with the certifications needed to transport the oxygen is only adding to the problem, and there are concerns about other rocket launches being pushed back as well.

At the recent Space Symposium in Colorado, SpaceX president Gwynne Shotwell invited anyone with access to liquid oxygen to reach out. “We certainly are going to make sure the hospitals are going to have the oxygen that they need but for anybody who has liquid oxygen to spare, send me an email,” she said.

SpaceX founder Elon Musk tweeted that the shortage was “a risk, but not yet a limiting factor.” The company is planning over 26 rocket launches this year.

Why does this delay matter?

The Landsat 9, whose liftoff has been delayed until September 23 at the earliest, is designed to image the Earth every eight days, monitoring land resources and providing invaluable information to scientists.

In a pre-launch briefing, Landsat 9 project scientist Jeff Masek compared the Landsat to a Swiss army knife. “Out of one basic set of observations or measurements, we feed a whole range of different science applications,” he said.

Sven Bilén, a professor of engineering design, electrical engineering and aerospace engineering at Penn State, pointed out that while hospitals are crucial, there also remains an increased need for oxygen by the space industry. “I don’t think that people fully understand what space provides them when they say we should focus on humanitarian crises and climate change on Earth,” he says. “This is part of a system that improves life on Earth, whether that’s through GPS signals or weather satellites that can track hurricanes.”

Why do rockets require oxygen?

When you burn something, you oxidize it. On Earth, if you start a fire, it can pull oxygen from the air. But when you’re going up in the atmosphere, there’s soon not much oxygen left to pull from the air, says Bilén. That means rockets need their own oxygen, and a lot of it, in order to work.

In the 1920s, Dr. Robert H. Goddard was using liquid oxygen for his early, revolutionary rocket engine tests, and that’s still one of the most commonly used rocket propellants today. It’s also used today in many other industries, like chemical processing and blast furnaces.

Bilén compared the burning process to those YouTube videos of people trying to start a grill faster and faster, until they finally hit on the idea of pouring liquid oxygen on it. That speeds up the reaction, quickly burning the whole thing to a toast. “That’s essentially what you want to happen in a rocket,” he said. “You’re trying to feed oxygen fast enough that the rocket fuel burns at the rate that it needs to to provide the thrust to lift the rocket.”

How is liquid oxygen made?

To make liquid oxygen, known as LOX in the industry, engineers take air and cool it down to cryogenic, or extremely cold, temperatures. Then this liquid is run through a distillation process, sometimes multiple times to separate out the oxygen from the nitrogen and other components of air.

In hospital settings, doctors put patients on oxygen to increase the level of oxygen they are breathing above what is naturally occurring in the air. “They don’t necessarily need or want 100% pure oxygen,” says Bilén.

But from a rocket standpoint, you want a fairly pure oxygen, because that’s a chemical process where it will be combined with the rocket fuel. This means the oxygen used for space launches must be much, much more pure.

In medical settings, oxygen is almost exclusively used as a gas. The main reason why it might arrive on site as liquefied oxygen is because that offers much more condensed storage.

Like many industries during the COVID-19 pandemic, liquid oxygen providers like Air Liquide, Praxair, and Airgas, may have to adjust what they’re producing to match the current needs of the population. “The issue is there’s only so much installed capacity right now to create oxygen,” says Bilén, “and there are now increased users of it, particularly from a medical side.”

What’s going to happen next?

Bilén compares this to the great toilet paper shortage of 2020, when people shifted to working from home and went from needing industrial grade toilet paper to a need for smaller rolls. “The industry can’t switch on a dime, but after a period of time, they worked out the supply lines and figured that out,” he says.

He anticipates that the market will solve this problem by beginning to produce more oxygen for people that need it most. “It’s just a temporary glitch,” he says, adding that if there’s a real need the government could use the Defense Production Act to tell air product companies to prioritize getting oxygen to hospitals over companies like SpaceX.