An Interactive Map Of The Brain

Time to play "name that cortex." 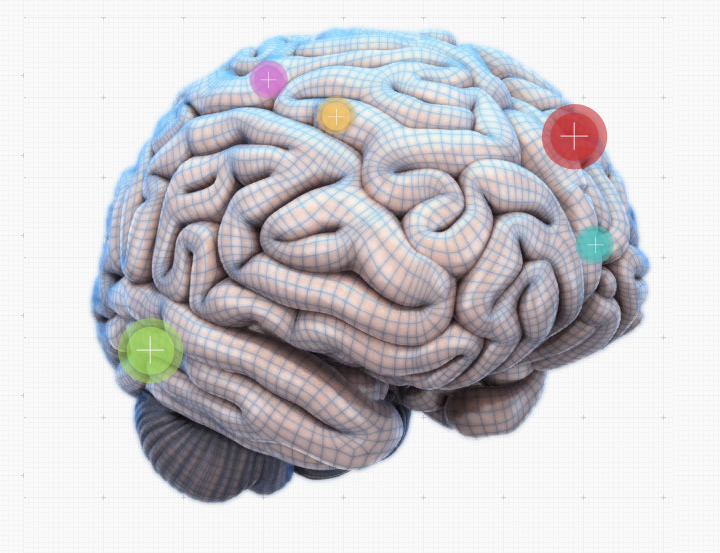 Can you point out the small squiggle of gray matter that makes up the brain’s motor cortex? Or how about the eye fields, which control visual attention and eye movements? No? Take a look at this handy interactive infographic created by Open Colleges, an Australian online education company, which walks you through major parts of the brain and what they control.

It maps out different regions of the brain like the frontal lobes or the neo cortex, what processes they deal with and how studies have shown that region to impact learning. The graphic has three views: the cerebral cortex, the outer layer of the brain involved in a whole host of functions like sensory perception, motor control and learning; the limbic system, a group of structures that deals with emotion and behavior; and the neuron, the individual cells that transmit chemical messages throughout the nervous system. Within those tabs, you can explore deeper to learn about specific aspects of each structure, like the role of dopamine or the functions controlled by the occipital lobe. 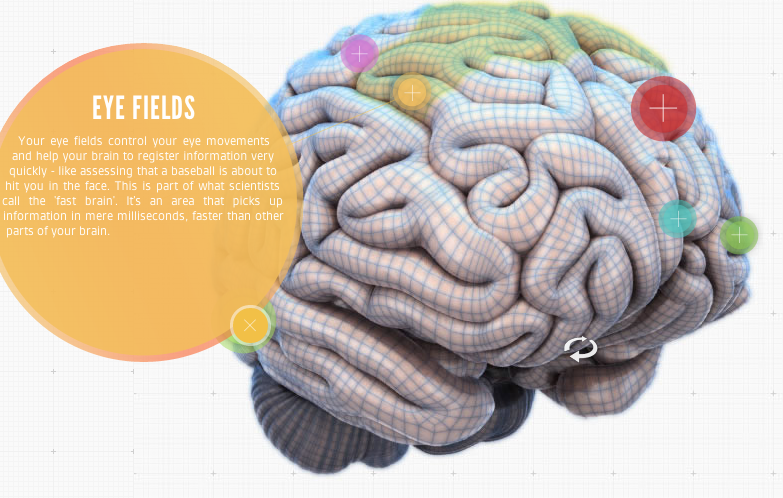 Go ahead and play around with it.