104 titles will be available starting tomorrow, with more to come 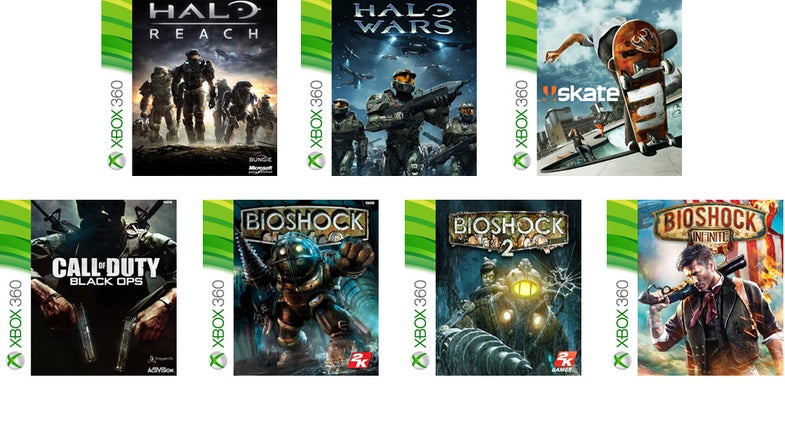 Time to dust off your favorite Xbox 360 games–well, some of them–because Xbox One will finally support them with a new update that goes live November 12.

The first 104 games include previous Halo, Assassin’s Creed, Call of Duty, Gears of War, and Fallout titles, as well as some late-to-the-party games like South Park: The Stick of Truth.

Starting tomorrow, discs on all of the approved titles will be recognized in your current-generation console, and digital downloads will be accessible through your download queue. Xbox One will launch a 360 emulator app to support these games, and it’s free to download both the emulation update and any titles you already own.

Microsoft fans have long anticipated this move, especially those who will now be able to stream live 360 gameplay to Twitch and Youtube Gaming without a peripheral PC. But compatibility might also be part of a more desperate strategy by Microsoft to compete with Sony’s PlayStation 4, the main competitor of this particular generation.

Sony’s sales are nearly double what Xbox One has done since the consoles were released two years ago, and one of the complaints along the way has been that PlayStation’s library of games both old and new is significantly better stocked. (PlayStation 4 has several hundred more games available than Xbox One at the moment.)

So adding backwards compatibility technically beefs up the game library significantly, especially if Xbox eventually adds the entire catalog of over 1,000 titles.

But that’s business. As a console owner, here’s what you need to know:

Here’s a complete list of games available in the first wave. Yes, we’re waiting for Skyrim to be added to the list, too.